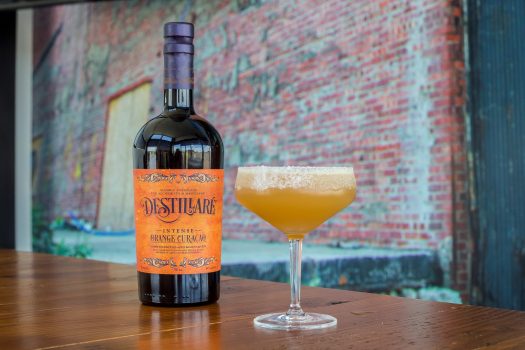 Louisville’s Copper & Kings continues to push the craft distilling envelope, this time venturing into the world of triple sec. Today we look at the new product, Destillare, while taking a fresh spin through the company’s flagship brandy.

Copper & Kings American Brandy – This is the same spirit as the old C&K Craft Distilled Brandy, which we last encountered under its old name in 2015. Brandy seems always to be in flux, so let’s take a fresh taste of this spirit. This one still has no formal age info (it’s at least two years old), but it’s aged in approximately 90% Kentucky Bourbon barrels and 10% new American oak. Quite gentle on the nose, there are significant mint notes here, plus raisins, bourbon-soaked vanilla, and an ample wood character. The palate showcases cherries, spice-laden apple pie, and some coconut, leading to a rustic, scorched-sugar finish. Looking at my older notes, I see some departures, but I think the overall profile remains about the same. Basically, I (still) think it’s just fine. 90 proof. B / $33 [BUY IT NOW FROM CASKERS]

Copper & Kings Destillare Intense Orange Curacao – The product of a complex process: “Orange peels and spices are macerated for 12 hours in apple brandy low wine. Macerated peels with addition of honey is then double distilled. Additional peels & lavender petals are also vapor distilled at the same time. Vapor basket botanicals (in a bag) are then macerated in the double-distilled apple brandy for 30 minutes for additional citrus extraction, and some color. Distillate is then aged in a Copper & Kings American Brandy Barrel for an additional 3-6 months to add color and polish and soften the spirit. This process harks back to more original, traditional antique curaçaos. Orange Blossom Honey is infused in to the distillate pre-bottling as a back-sweetener as opposed to typical sugar.”

Whew! In the spectrum of orange liqueurs, Destillare lands somewhere between a super-sweet triple sec and a brooding Grand Marnier. Its apple brandy base is immediately evident, offering enticing aromas of apple butter, almonds, and some wet wool alongside sharp citrus — orange, but grapefruit too. The palate is again brandy-forward, with the orange coming along later. There’s a lot more almond here, along with a significant earthiness that you won’t find in a typical triple sec. The finish winds up a bit astringent (from the brandy) and a bit muddy (from the orange), but overall it’s a decent success. I wouldn’t hesitate to experiment with it as part of any modern cocktail. 90 proof. B / $35 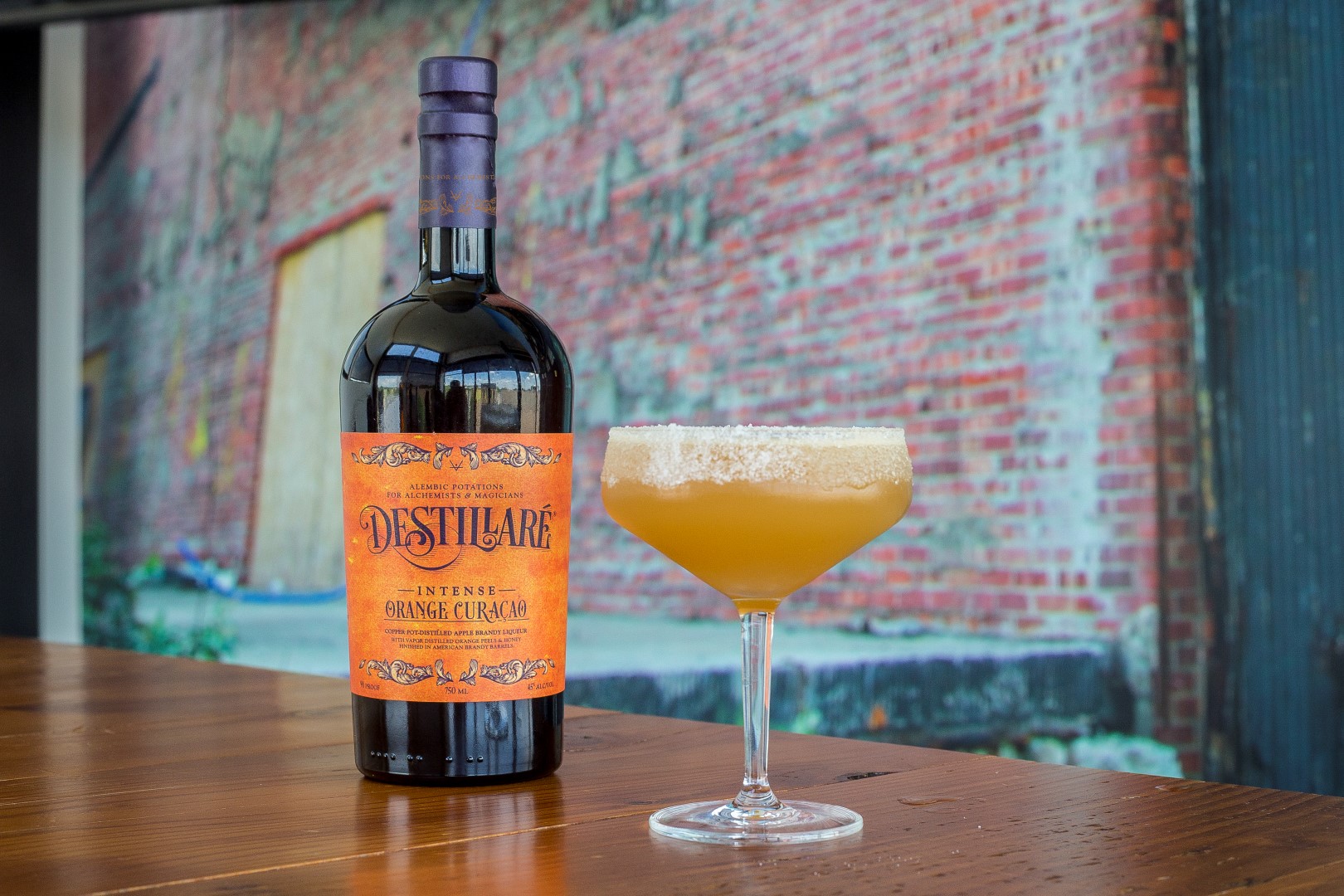 Review: Copper & Kings Gin – The Ninth A Symphony in Orange and The History of Lovers