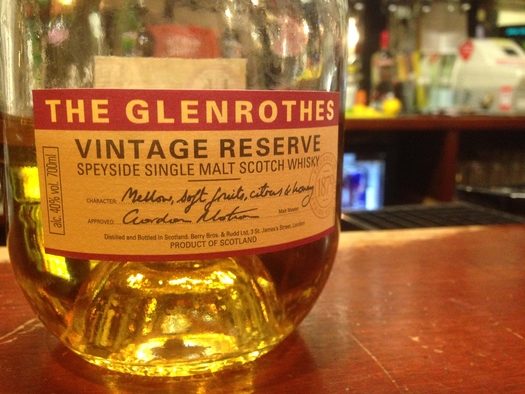 The other day I was asked what a ‘Double Malt’ was, and how it differed from a single malt. The problem was, I couldn’t answer the question because ‘Double Malt’ isn’t a legally defined term. It’s what I would call a marketing term. It suggests everything yet means nothing.

These terms can range from confusing to downright misleading and everything in between. They operate in that grey zone, where they sound like they mean something substantial and are suggestive enough to make you buy one product over another. Are you going to buy a single malt or a double malt? It sounds like you’re getting double the whisky with double the malt, so you might go for that! In reality, ‘Double Malt’ is more likely to mean a blend of two single malts, but could also mean a blended whisky with double the malt content.

I don’t single Glenrothes out with the photo above, because almost every distillery is guilty of using loose marketing terms on their bottles, but it serves as a good example. What is a ‘Vintage Reserve?’ In my opinion, it’s a marketing term to imply the whisky is old when in fact there is no age statement on the bottle.

So to try and dispel the confusion, I’ve tried to make a list of woolly marketing terms as well as terms that have real meaning — with explanations of both.

As we saw with Double Malt, double, triple, or even quadruple implies that you are getting more of something, or that there has been a more thorough process involved. Wood is quite common, as with Balvenie’s Doublewood or Triple Cask and Laphroaig’s Triple and Quadruple Woods. But, Balvenie and Laphroaig mean different things by these terms. For Laphroaig it’s the number of barrels the whisky has been through successively, one after the other. For Balvenie it’s the types of casks used for separate barrels of spirit which are then vatted together.

I guarantee, if something is labelled as a ‘Reserve,’ it isn’t from any kind of reserve stock. That’s the funny thing about these terms, you can slap them on anything. So you get the highest priced whisky in huge wooden boxes and shiny decanters, labelled with the same word as stuff you get in the supermarket. This is also a great word to combine with some of the other terms here, like ‘special’ or ‘old.’

This is a term that used to have a bit of meaning, but has now been misused so much that I’ve become jaded with it. A certain whisky vlogger jokes that if a computer mouse is on the screen, then it’s ‘hand made!’ Whisky has become more and more automated over the years, to the point where lots of distilleries that claim to still be hand crafted are controlled by one person on a laptop… That’s not to say that there aren’t some distilleries that still hand make spirits, but you should still be suspicious of this particular term.

Another use of double or triple happens here when you mention age. Does it mean that it’s double the age it normally is or is the distillery using two different types of casks? Who knows, it could be either. Jim Beam Black is the classic culprit, being double the age it legally needs to be.

This is another term that can mean different things from different producers. A small batch generally means the whisky was produced from a smaller number of barrels than usual, but it could be a few casks or fifty, depending on what they consider small. Bowmore Small Batch was one of the distillery’s biggest, and most basic, releases!

A classic adverb for the descriptors like ‘Old’ or ‘Rare.’ Does very old or very rare mean that the whisky is rarer or older than it would be normally? No.

You may have also seen ‘Extra Old’ or ‘Xtra Old.’ These phrases are also meaningless.

As with ‘Reserve,’ something labelled ‘Special’ could be a bottle costing $10 or $1000. Again, making it completely worthless.

I would suggest avoiding anything that says it is ‘Old’ that doesn’t have a statement of age attached to it, as it’s likely it’s the opposite.

As with ‘Old,’ ‘Rare’ probably means that the stuff is about as rare as Pappy van Winkle is cheap.

This is a term that makes it sound like the distiller was more involved than normal. Distiller’s Choice or Distiller’s Edition is quite common to see, but these whiskies have the same level of involvement from the distiller as any other whisky.

Unless there’s a specific number of released bottles mentioned, treat this claim with extreme suspicion. People often think that because something is limited they should buy it now, before it’s all gone. In fact the producers may have put Limited Edition on the label with no intention of limiting the production of the product.

You may have noticed a trend here, where products are the opposite of how they are described, almost like they are trying to compensate for not meeting the definition of that description. ‘Rare’ and ‘Old’ are often used for whiskies that are common and young, so be aware.

The age of the whiskey, if stated in years, can only be the age of the youngest whiskey in the mix (in most countries). If the age is not stated, it must be at least the minimum age to legally be called whiskey (normally 2-3 years).

I won’t go into the whole description of what chill filtering is, but essentially these terms mean the whiskey hasn’t been excessively filtered to remove any natural oils or flavour chemicals that may cause haze in the glass.

Self explanatory. No artificial colouring, normally in the form of E150a, aka caramel color, has been added to make the whiskey look darker or control the colour from batch to batch. Of course, this doesn’t apply to Bourbon, as no colouring can legally be added anyway.

Again, pretty self explanatory. A whisky from one barrel or cask, likely having very few bottles from that barrel.

A whisky that has not been cut with any water after coming out of the barrel; it’s bottled at the natural strength that the angels have left it at. Often this can be in the range of 55 to 60% abv.

The above terms are defined and often have laws stipulating requirements for using them. They are meaningful and give us, as consumers, information about the products we are spending our well earned money on.

But remain vigilant of marketing terms, and try not to get suckered in by vague expressions that suggest very much… but mean very little. 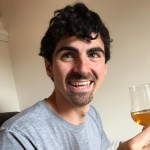 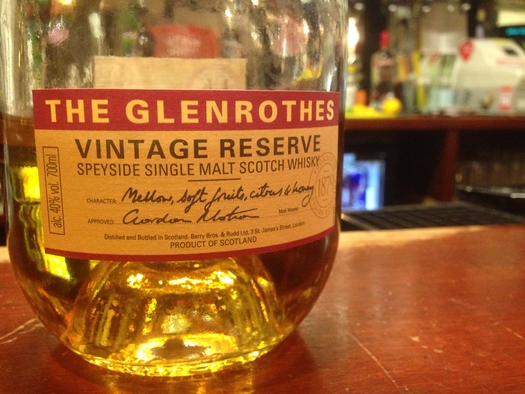