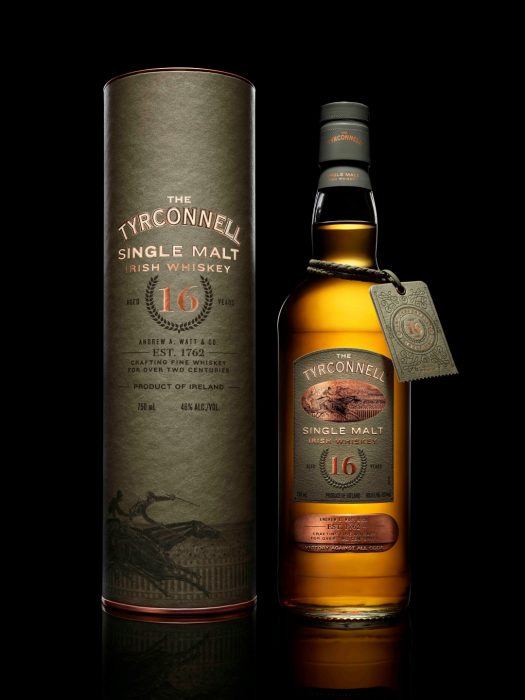 Looking for an Irish whiskey that tastes like it could be from Scotland? Tyrconnell’s 16 year old single malt is just the thing to do the trick. It helps of course that it’s a double-distilled, single malt whiskey with ample age on it — all from bourbon barrels — and that it’s bottled with a bit more alcohol than usual, at 46% abv. Like all Tyrconnell releases, this limited edition bottling is made at the Cooley Distillery.

The nose is rich with toasty cereal notes and a surprising amount of fruit — so much so that I thought there might be some sherry cask aging involved. While some orange notes are present, on the whole it’s less citrus and more stone fruit, with big apple aromas and a healthy vanilla component. On the palate, the whiskey is lush and incredibly drinkable, with loads of malt leading to a bold melange of spice, vanilla, and a squeeze of orange peel. The finish features cola notes, plus some chocolate to take you the rest of the way into dessert.

All told: Beautiful, rich, and a pleasure to drink. 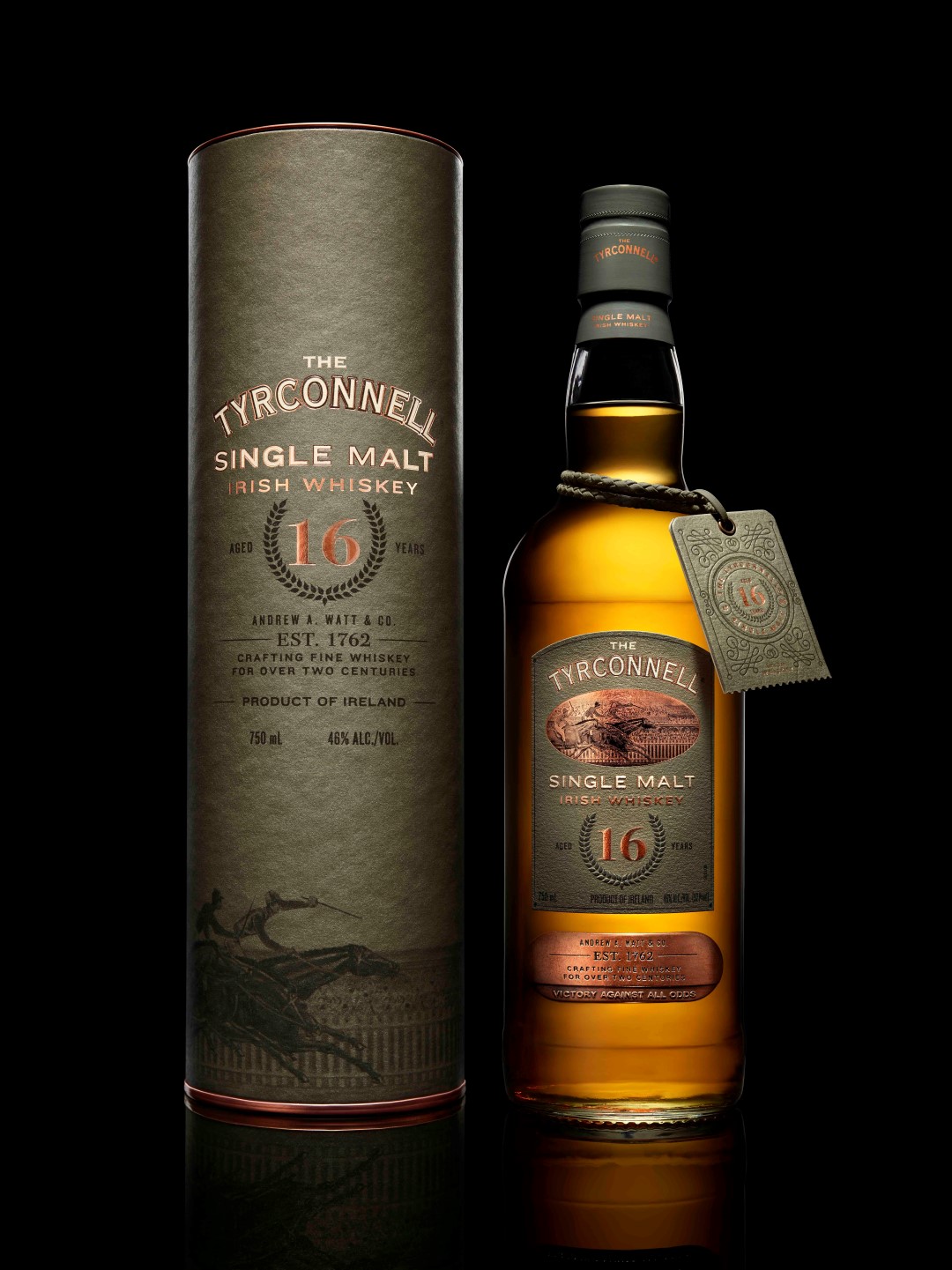