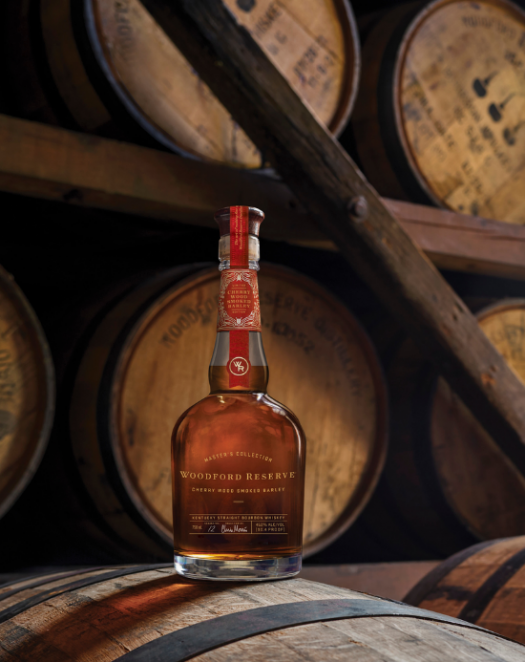 For its 2017 limited edition Master’s Collection bourbon (the 12th in the series), Woodford Reserve has gone a little bit off the script. The concept this year: “Rather than using natural malted barley, which is used in Woodford Reserve Bourbon, Master Distiller Chris Morris modified the grain recipe by selecting malt that had been smoked with cherry wood during the kilning process. This expression is one of the first Kentucky Bourbons to use malted barley that has been exposed to cherry wood smoke.”

Another big shift: There are only two grains in this bourbon, corn and barley, in a 70%/30% configuration. That alone would change up the profile of the whiskey considerably, as rye (or wheat) is an important flavoring element. Instead, Morris is letting that smoked malt do a whole lot more of the heavy lifting here.

That said, those expecting an Islay-style smoke bomb will be disappointed. The nose offers a gentle smoke, more of mesquite than peat, with sweetness and a spiciness to it. There’s plenty of granary notes underneath, but it’s more amber waves of grain, less blunt popcorn.

On the palate, the heavy amount of barley in the bill is immediately evident, giving the whiskey an overtly creamy body. Here the smokiness is understated, and the cherry wood-driven fruitiness gives the bourbon a certain kick that does indeed feel a bit maraschino-like. I feel like I know what Morris was going for here — something smoky and fruity, like well-aged Islay, but with a Kentucky spin on it. I don’t think this whiskey quite gets there; it’s a bit muddy and gummy from start to finish, without the punchy vanilla and spice that make bourbon so delightful. But Morris couldn’t have known that when he laid this down years ago as an experiment, and even though it’s not a standout in the Master’s Collection series, he and the distillery is to be commended for seeing it through. 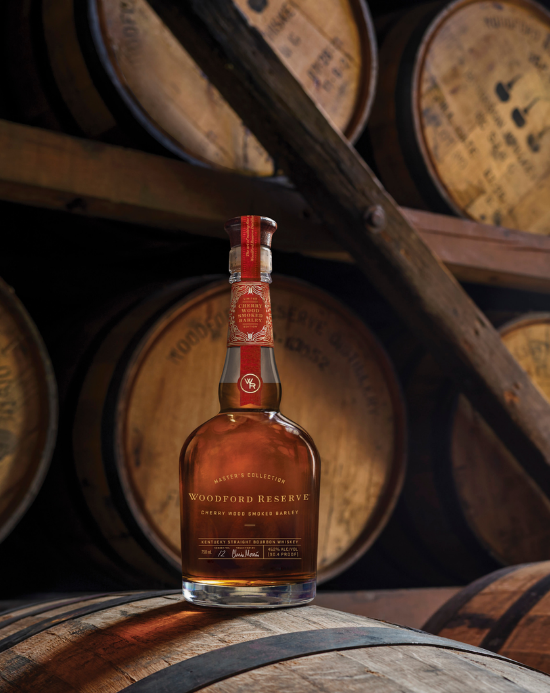