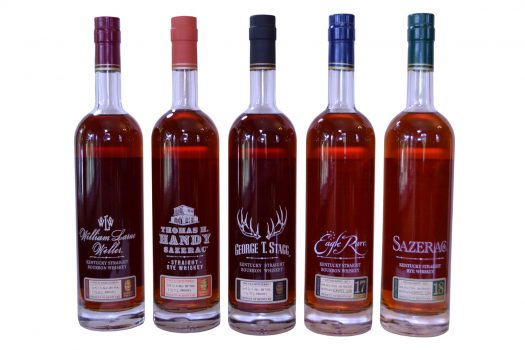 Alright whiskey fans, it’s time to get cracking to see if you can turn up a bottle or two of Buffalo Trace’s annual Antique Collection, which (aside from Pappy Van Winkle) represents the rarests of its rarities.

This year’s releases represent some clear departures from previous editions — but also shapes up as one of the best BTAC releases in years. Compare to 2016 (and beyond, if you’d like).

Thoughts on all five bottlings in the lineup follow.

Sazerac Rye 18 Years Old 2017 – As with last year’s release, this is “new” spirit, not old rye that’s been sitting in tank for a decade. This rye was distilled in 1998 and tanked in 2016 before bottling this year. That could mean this is the same rye as the 2016 Sazerac 18, which was also distilled in 1998. Results: the nose is big and racy, an equal mix of baking spice and woody barrel-driven notes. Sazerac’s classic cherry notes are evident here, as well. On the palate, a gentle sweetness blends with the fresh wood notes, leading to some heavier spice — clove, then ginger — as the finish builds. Less overtly fruity than last year’s release (for whatever reason), the conclusion offers nutty notes alongside some watery brown sugar character. Less enchanting than usual, on the whole. 90 proof. B+ [BUY IT NOW FROM DRIZLY] [BUY IT NOW FROM FROOTBAT]

Eagle Rare Bourbon 17 Years Old 2017 – The 2017 edition has been aging on the first, second, and third floors of Warehouses C, K, and P. This is just good, old bourbon: Rich with wood, which gives it an intense level of spice, dark brown sugar, and toffee notes on the nose. The palate is wood-forward, heavy with char, cloves, and tobacco. Much less sweet and fruity than prior releases of Eagle Rare 17, its a bourbon that feels like it’s starting to lean past the tipping point and into over-oaked territory, but which maybe was caught just in time. 90 proof. A- [BUY IT NOW FROM DRIZLY]

George T. Stagg Bourbon 2017 – “The powerhouse favorite of the Antique Collection,” this one is almost a full 15 proof less boozy than the bruising 2016. This year’s release contains bourbon from 309 barrels filled in the spring of 2002, stored across warehouses C, K, M and Q. I was ready for the heat on this one, less so for the spice. The nose is intensely spicy with baking spice notes, cut through with a bit of camphor and vanilla. On the palate, at full proof it’s manageable, but just barely, with all of the above in full effect alongside notes of dark chocolate, which linger particularly on the finish. Water sounds like a good idea here, but I was surprised to find that a healthy splash really dulled the experience and muted the flavors instead of bringing them to life. A couple of drops is all Stagg 2017 needs to wake up, tempering the heat while letting those spices dazzle. Buy a bottle, but be careful with it. 129.2 proof. A- [BUY IT NOW FROM CASKERS] [BUY IT NOW FROM DRIZLY]

William Larue Weller Bourbon 2017 – This is Weller at 12 years old — uncut, unfiltered, and wheated — aged on the third and sixth floors of Warehouses D, K, and L. And it’s just 1/2 a percent lower in alcohol than the Stagg. The whiskey is both a blazer and a super-sweet affair, the nose absolutely full of baking spice, chocolate, caramel, and butterscotch notes. At full strength it’s borderline drinkable, those boozy butterscotch notes hitting hard, sliding into more of a toffee character on the finish. Water is a great idea here, evoking a more herbal note, which is a slight surprise, and brings out more of that leathery lumberyard character that’s hidden deep down. The finish is lively and spicy, with a touch of cherry character that’s unusual for Weller (and for wheaters in general). 128.2 proof. A- [BUY IT NOW FROM CASKERS] [BUY IT NOW FROM DRIZLY] [BUY IT NOW FROM FROOTBAT]

Thomas H. Handy Sazerac Rye 2017 – My perennial, general disinterest in Handy continues unabated: Again, this is the “loser” of the bunch, though that’s a relative term considering the quality of the competition and since this is certainly something I could put in an actual Sazerac and happily drink. On its own, this six-year old whiskey, aged on the third, fourth and fifth floors of Warehouses K, L, and Q, comes across on the nose as somewhat doughy, though well-spiced with nutmeg and cinnamon. On the palate, it really does taste like a cinnamon-spiced cake doughnut, with toasty brioche and spice in equal proportions. The finish is hot and a little gritty. Water helps temper the beast, but pulls out more wood notes and dulls the rest of the experience. That said, it’s still one of the better Handys in recent memory. 127.2 proof. B+ [BUY IT NOW FROM DRIZLY] [BUY IT NOW FROM FROOTBAT]

$90 each [BUY THE COLLECTION FROM FROOTBAT] 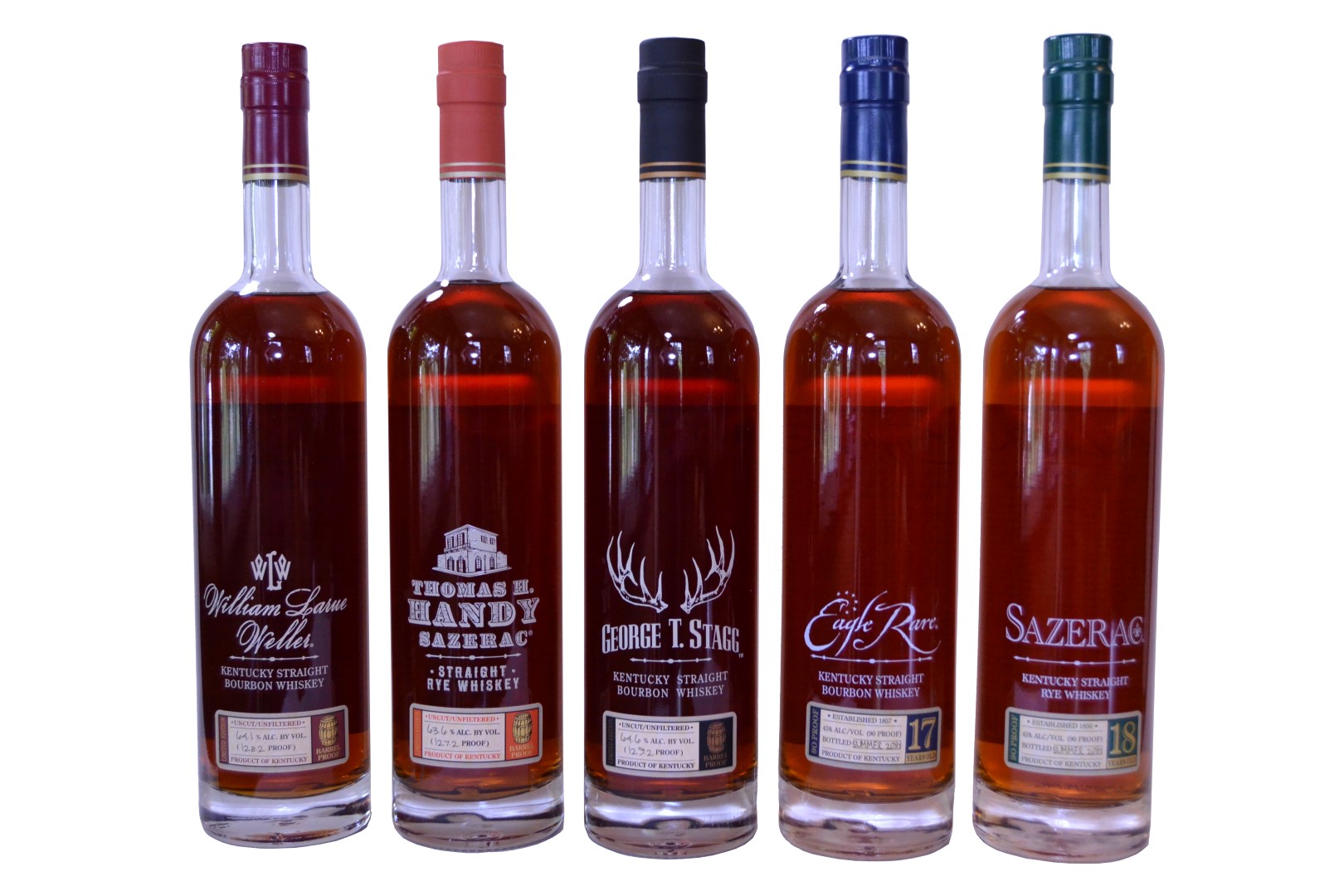