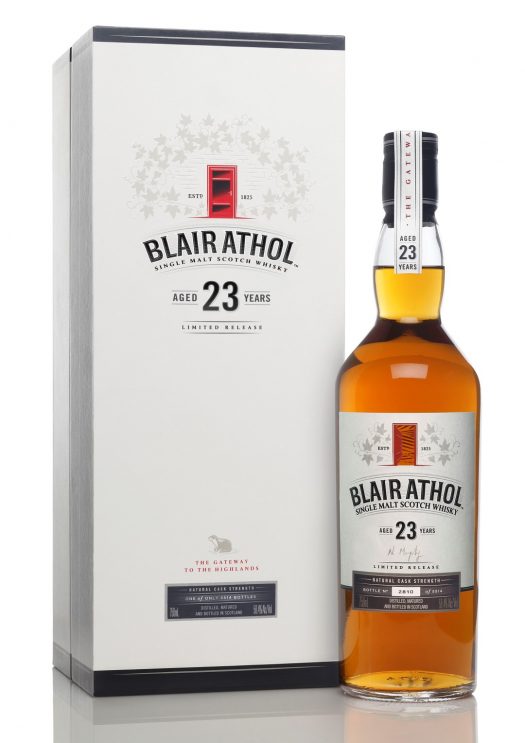 Diageo’s Special Releases of Scotch whisky for 2017 are here, and as we do every year, we’ll be featuring a review of one each day for the next 10 days. As always, these represent some truly rare stocks, with prices commonly hitting four figures per bottle… of which only a few thousand or even hundred may be available. This year’s releases includes eight single malts, a single grain whisky, and an insane NAS malt whisky blended from stocks from all 28 distilleries in the Diageo stable.

We kick things off with a true rarity: 23 year old Blair Athol, from Pitlochry in the Highlands. This is the first release of any kind from Blair Athol since 2003 and the first ever in the Special Releases series. Distilled in 1993, it was aged fully in sherry butts.

On the nose, some fresh peach and pineapple notes back up a strong sherry component, not just classically orange-peel but also winey and dry, with overtones of melon and some Band-Aid notes, giving it a sake-like aroma. The palate falls largely in line with the nose, though the sherry-driven fruit notes are really pumped up here and dominate the experience. As that fades (or with water), some of the cereal-driven notes make their presence more clearly known, leading to a conclusion that is pungent but engaging. It’s never entirely in balance, particularly with those oddball melon notes, but it’s a unique and fun whisky regardless, engaging from start to finish.