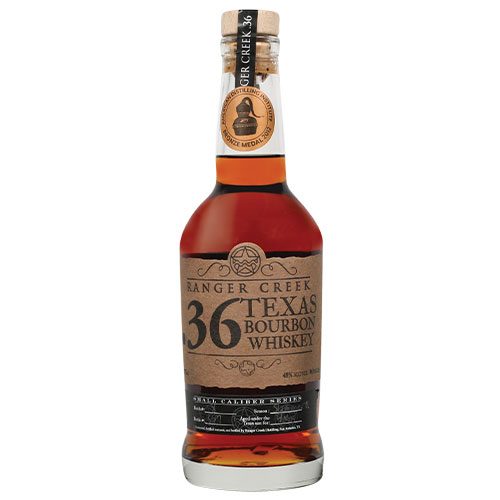 .36 describes a bullet caliber used Colt “Ranger” pistol — and it’s also the designation used by San Antonio-based Ranger Creek Distillery for its bourbon — “with over two pounds of Texas corn in each bottle.”

And so we did:

Ranger Creek .36 Texas Bourbon Barrel Experiment “Big Barrel” – (This isn’t really an experiment, this is Ranger Creek’s standard .36 bourbon, but it serves as the control.) This is a rustic, but overall quite enjoyable, little craft whiskey. The nose is woody to be sure, but balanced with notes of black pepper, dark chocolate, charcoal, and tobacco. The palate is more engaging than expected, its hefty wood backbone complemented by notes of cloves, gunpowder, and cigar smoke. The finish is dense, continuing on the frontier theme, but nothing that seems unusual for a Texas-born bourbon. 96 proof. B / $55 [BUY IT NOW FROM CASKERS]

Ranger Creek .36 Texas Bourbon Small Caliber Series Batch #48 Barrel Experiment “Small Barrel” – This one’s the experiment, aged in a small barrel for less than a year, as noted. Normally small barrels will dominate a whiskey with wood notes, but I was downright shocked to see that wasn’t the case here. Compared the big barrel, this Small Caliber release is elegant and demure. The nose is a bit hot and moderately woody, with some of that pepper and tobacco, though nothing sweeter immediately evident. On the palate, the story’s a bit different. The wood takes a step back and lets a savory but engaging character to emerge, with notes of coconut, mushroom, banana bread, and some dried plums. The finish is silky, just barely touched with ruddy, winey sweetness, and hinting at fruit. Hands down, this is my favorite in the duo. 96 proof. Reviewed: Season – Spring ’16, aged 11 months. A- / $38 (375ml) 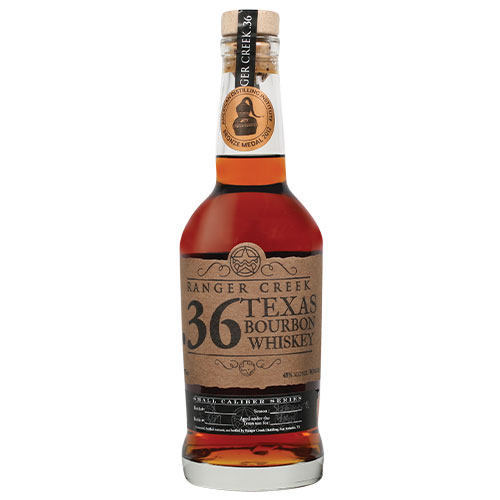