Understanding the Different Styles of Tequila 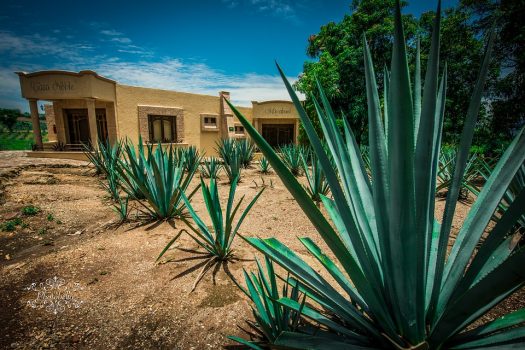 Like rum, tequila is a versatile spirit: it can be consumed straight or mixed into a wide variety of cocktails, it can make sweet drinks or savory, it’s appropriate for a night on the town or curled up by the fire at home. But there are so many different styles of tequila, it can get overwhelming. Which style is best for making a sweet mixed drink? Which is best for slow sipping? And what do words like “Reposado” or “Extra Añejo” mean, anyway? Follow along while we break down the categories of tequila and see what you can learn about Mexico’s famed spirit.

To start: What, exactly, is tequila? It’s not a distillate of grains — like whisky — or molasses — like rum. Instead, tequila is made from the juice of the agave plant, a Mexican succulent closely related to the yucca. Liquor called mezcal made from distilled agave is produced in many areas of Mexico, but as Cognac is to brandy, to be called tequila, mezcal must be produced in and around the town of Tequila in Mexico’s Jalisco province. During production, tequila is aged for different amounts of time, and that is what will get us the most basic styles of the spirit.

First up is blanco, also sometimes called silver or plata. Blanco tequila is unaged, bottled soon after distillation to prevent changing, and is the most typical tequila used for drinking as a shot and for mixing. Without the barrel influence, blanco tequila represents the pure taste of the agave plant, and the imbiber will get notes of citrus, pepper, light vegetal sweetness, and some heat, which allows the spirit to hold its own in any cocktails you might use it with. Some tequila producers, notably Don Julio, will store their blanco in stainless steel tanks for a month or two, which will cut down on the burn while still keeping the spirit unaged; if a shot of typical blanco is too harsh, you might find a shot of Julio to be a bit more mellow, with a strong grapefruit taste.

Feeling a bit burned out on fiery blanco shots? The next step in the tequila aging process might be just what you’re looking for. With reposado, or “rested,” tequila, the spirit is aged oak barrels (almost always used bourbon barrels) for at least two months and at most a year. This specific aging timetable gives the reposado time to mellow out and pick up some aromas and flavors from the barrel, while still retaining just enough of blanco’s youthful kick. This means you’ll get caramel and honey notes from the barrel, and the citrus and pepper qualities of the tequila will round out and allow flavors of cinnamon and vanilla to mingle in the glass. Reposado tequila is still burly enough for cocktails, but can also be sipped over ice if that’s more what you’re looking for. As such, reposado often has something to offer everyone, and if you’re only used to fiery blanco, it’s a great new place to explore.

If a distiller keeps its tequila in the barrel for longer than a year and up to three years, it’s classified as añejo, or “aged.” These are the tequilas for the whisky drinker looking for something new, as all that time in the barrel makes for a sumptuous spirit, with almost none of the youthful exuberance found in a bottle of blanco. Instead, añejo tequila provides a deep complexity of aroma and flavor, often showing notes of coffee, dark chocolate, and honey. While one certainly can take a shot of añejo, or make a mixed drink with it, you’ll miss some of the nuances of taste, and considering that a bottle of añejo is typically far more expensive than a bottle of blanco, it would seem like a waste of money for something that you won’t fully appreciate. Instead, añejo tequila is best sipped slowly, usually neat, like a glass of fine whisky. In fact, you can get out all your nice whisky glassware to improve the taste even further.

What happens if a batch of tequila is kept in the barrel for more than three years? That’s when you start seeing phrases on the bottle like extra añejo, or occasionally “ultra-aged.” Extra añejo has only been a classification since 2006, so it’s not as widespread as the other styles, but a bottle of extra añejo can be a rare treat when you come across one. As you might guess, everything that makes a Tequila añejo is even more pronounced in extra añejo: the caramel, coffee, and honey notes are all still present, with an even stronger vanilla influence from the barrels. Extra añejo tequilas unsurprisingly fetch top-dollar prices, but if you’re looking for that perfect gift for someone who prefers a well-aged single malt Scotch, extra añejo can be a unique way to go.

The last major category of Tequila is mixto, though it is often classified as “gold,” “oro,” or “joven.” Unlike the previous four styles, mixto tequila does not have a specific requirement for aging, and it usually is not aged at all. Any color in a mixto is often artificial: Cuervo Gold being the most favous of the bunch. Mixto tequila is made with a base of at least 51% blanco tequila, to which other spirits, flavorings, sugar, and color can be added. Most drinkers consider mixto tequila to be little more than rotgut, and not worth drinking at all. That said, in a frozen margarita, those same drinkers often don’t notice what they’re downing.

So those are the five primary categories of tequila; what else is out there? Plenty! There are dozens of tequila liqueurs, like Patron’s XO Cafe blending of tequila and coffee, or Agavero’s blend of tequila with damiana, a flower indigenous to the Jalisco province. Don Julio and Herradura, among others, make clear añejo Tequilas, produced by filtering their añejo Tequila more than a half-dozen times to scrub out all the color added by barrel aging. These clear añejos are more of a talking point than anything else, tasting like (and priced as) a rich extra añejo while having the appearance of an unaged blanco. Flavors abound, too: La Pinta makes a pomegranate tequila, and Tanteo makes a jalapeño tequila, which both go great in cocktails.

How do you prefer your tequila? Let us know in the comments!