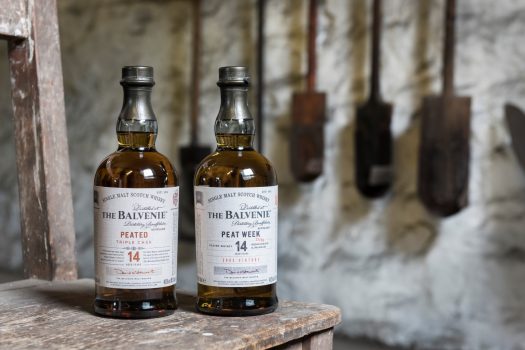 The Balvenie is getting peaty. In a rare move for a Speyside distillery, The Balvenie is introducing not one but two peated expressions, both of which use locally sourced peat from the Highlands. The Peated Triple Cask 14 Years Old is headed only to duty free, while the new Peat Week 14 Years Old is going into general release. (The short version: Peat Week is the one to get.)

Peat Week? Is that like Shark Week but way better? Let’s start with some details on what may sound a bit like an oddity.

In 2002 –  a time when very few Speyside distilleries were using peat in production – The Balvenie distilled a batch of heavily peated malt, which was laid down to mature at the distillery in Dufftown, Scotland under the watchful eye of the industry’s longest-serving Malt Master. Since this pioneering moment, the distillery has dedicated one week each year, aptly named Peat Week, to using only peated barley in its production, to craft a different style of The Balvenie liquid with enhanced smoky notes.

Commenting on the release, David Stewart MBE said, “Being able to experiment with different elements of whisky making and stock management is one of the most exciting and important parts of my job. The new Peat Week bottling is a result of our continued efforts to innovate and trial flavors not typically associated with The Balvenie. The expression is testament to the freedom we enjoy as a family company, and shows The Balvenie in an unexpected way, yet still remaining true to the distillery style our drinkers enjoy.”

The new release pays special homage to a time when peated whiskies were commonly produced by distilleries across Speyside, including The Balvenie, who utilised locally sourced peat throughout the 1930s, 40s and 50s to dry barley processed at the distillery’s traditional malt floor, which is still in use today.

Additionally, Ian Millar noted, “When we first started the experiments it was an incredibly exciting time as very few Speyside distilleries were using peated malt in production. Along with cask type, there’s nothing quite like peat to change the flavor profile of a whisky, so it was great to have the chance to undertake these experiments.”

There are a few differences between Peat Week and the Peated Triple Cask, though both care a 14 year old age statement. First, Peat Week is a single-vintage bottling, while PTC does not carry that designation, so it may include older whiskies as well. If Peat Week 2002 is a success, I suspect we’ll see additional vintages of it down the line, while PTC will likely remain relatively static. From a production standpoint, note that PTC, as the name suggests, uses three types of wood in the aging process, whereas Peat Week is a 100% bourbon casked release.

More on how these differ (which is a lot) as we dig into the details, but first let’s start with the basics to ground ourselves before jumping into the new stuff…

The Balvenie DoubleWood 12 Years Old (2017) – The classic, essential expression from The Balvenie’s core range, DoubleWood 12 sees 12 years of total maturation split between bourbon casks and sherry cask. The sherry is bold on the nose but tempered by walnut, ground ginger, and some lingering cereal notes — evidence that even at 12 years old, DoubleWood is still quite young. The palate pushes all these flavors aggressively, a nougat-like backbone folding in almonds, pumpkin, and some cinnamon. The finish is a bit coarse, a tad gummy, and in today’s market nothing all that fancy… but it’s good enough to tipple on in a pinch. 86 proof. B / $55 [BUY IT NOW FROM CASKERS]

The Balvenie Peated Triple Cask 14 Years Old – As notes, this is a peated whisky aged in first-fill bourbon, refill bourbon, and sherry casks for a total of 14 years. If you recall Balvenie’s old Peated Cask Finish 17 Years Old expression and are expecting something akin to it that’s very lightly smoky, rest assured that the peat’s not subtle here — this is an entirely different whisky that’s made with peated malt, not finished in a cask that once had peated whisky in it. The smoke isn’t Islay-dense, but it’s hefty enough, offering some fresh coal embers on the nose, sweet tobacco notes, and some flamed orange peel character. On the palate, the smoke really does dominate, though brown sugar notes give it ample sweetness. The finish runs to baking spices, clove-studded oranges, and some hints of figs. The sweetness and brightness is interesting — distinguishing it to a degree from what you find in Islay — but otherwise I find the peat can at times be a little overwhelming given the erstwhile delicacy of the underlying spirit. 96.6 proof. Travel retail exclusive. B+ / $100

The Balvenie Peat Week 14 Years Old 2002 Vintage – A single-vintage bottling, with a limited (but general retail) release. Aged 100% in bourbon casks. This is a really special and unique whisky, and I’m going to tell you right now to grab it if you’re even a modest fan of peat. The nose is very sweet — strangely fruity, with notes of honey and spice — with smoky (but not overwhelming) overtones. The palate is where things really get interesting: The smoke and honey meld together to become this dense, rich dessert-like thing, adding layers to the experience the way a bunch of brandy-coated bananas become far more interesting when whipped up tableside and set ablaze by a man in a white tuxedo. It’s much lighter on the smoke than Peated Triple Cask, and that works to this whisky’s advantage. As notes of toasted marshmallow, white peaches, and, yes, flambed banana come to the fore, the finish of golden syrup, sultanas, and a whiff of pipe smoke starts to make its case. The denouement is lengthy and lasting… and incredibly memorable. If you’re looking for a successor to the Peated Cask Finish 17 — in fact, one that outdoes it — look no further. 96.6 proof. A / $99 [BUY IT NOW FROM CASKERS] 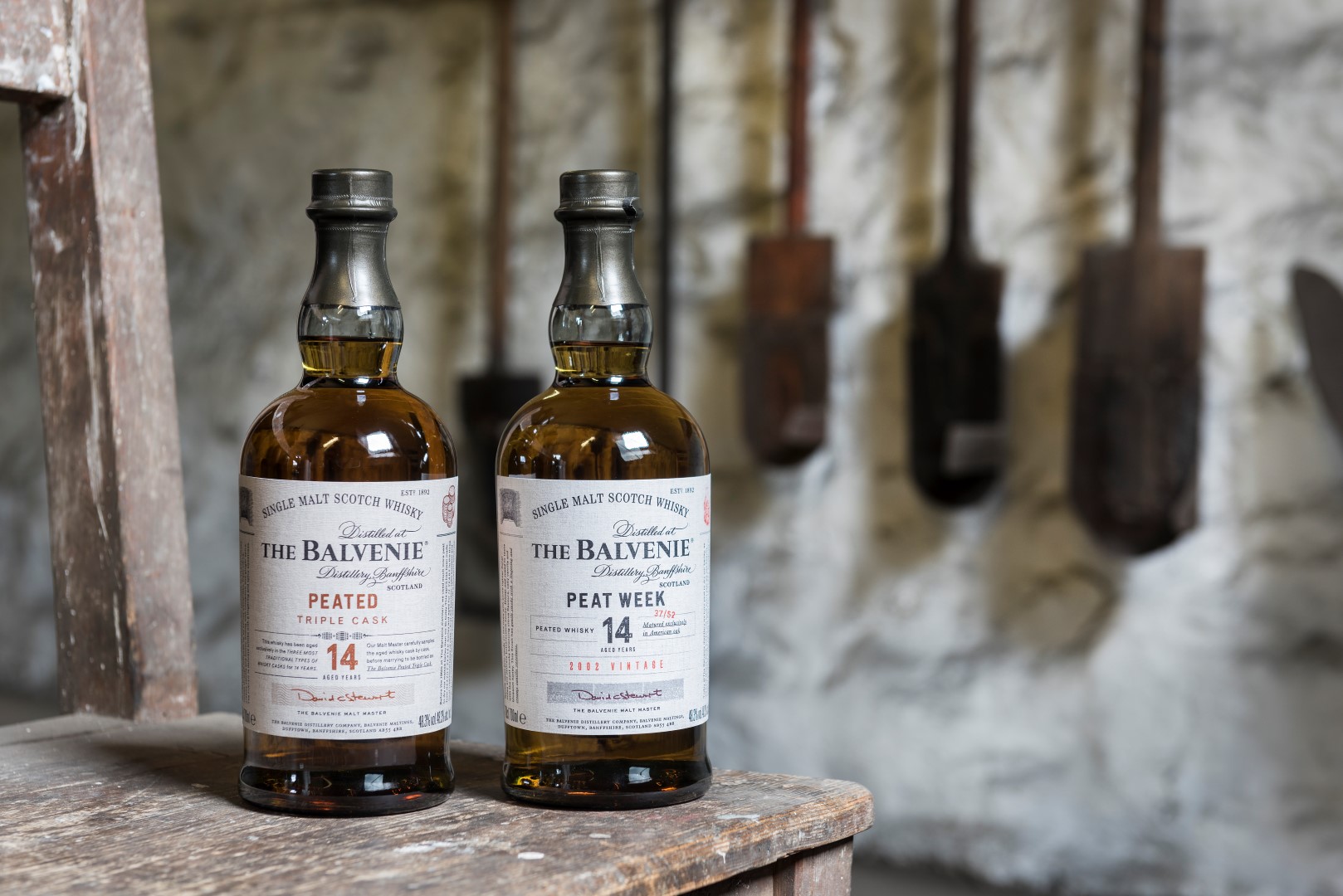