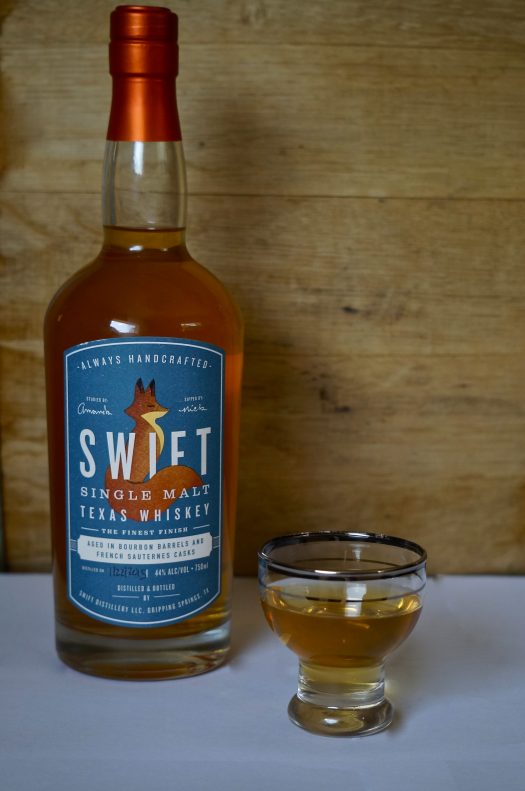 In case you missed our earlier review, Texas’s Swift Single Malt Whiskey is a gem in a world of lackluster single malts made in the U.S. Now the distillery is out with a new expression: single malt finished in Sauternes casks instead of the Oloroso sherry casks used for the mainline release.

The distillery gives us a little more info to run with:

We start with a 2-row barley that is grown and malted in Scotland, mostly the Speyside region. This is the same barley as our original single malt (Oloroso Finish).

We double distill on our copper pot stills.  We now have two stripping stills, our original one and a new one we had made to our specifications after spending time in Japan.  The Japanese whisky makers alter the shapes of their stills to extract more flavor, so we decided to do the same.  I believe the new shaped still gives more of a floral note than our original still does.

After the double distillation, we begin the aging process in Four Roses Bourbon Barrels. Here the whiskey remains for 1.5 years (or so), then all of the whiskey is transferred to a Sauternes cask, which comes from Chateau d’Arch in Bordeaux, France.  We traveled to Sauternes a few years ago and picked out the barrels to best match our flavor profile.  We wanted a Sauternes wine that would have balanced citrus notes and mild sweetness.

The standard (Oloroso) bottling of Swift is well-crafted, but quite young, with a distinctly woody edge to the nose and the palate. That’s all but gone in the Sauternes Finish, the wood replaced by a surfeit of fruit — green apple (a big surprise), quince, watermelon, and some floral notes of honeysuckle and orange blossoms, which take the whiskey in yet another direction. The palate is quite sweet, almost so much so that it can initially come across with a rum note. Those Sauternes barrels have had quite an impact here, although finally the grainy underbelly starts to shine through, alongside notes of golden raisins, eastern spices, and, to a lesser degree, barrel-driven notes that seem closer to cedar than oak. On the finish — there’s the barest hint of dark brown sugar and milk chocolate, with a sprinkling of graham cracker crumbs on top. Very dessert-like.

This is a whisky that I like a lot, but here the Sauternes finish does seem to some extent to be covering up something rather than enhancing it. In this case, there’s plenty of young spirit that needs to be carefully massaged. As with the standard bottling, another year or so in the barrel would likely do wonders to help temper the beast inside. For now, though, we’ve got a unique offering that shows that some of the best single malt coming out of America can be found, in all places, in Texas. 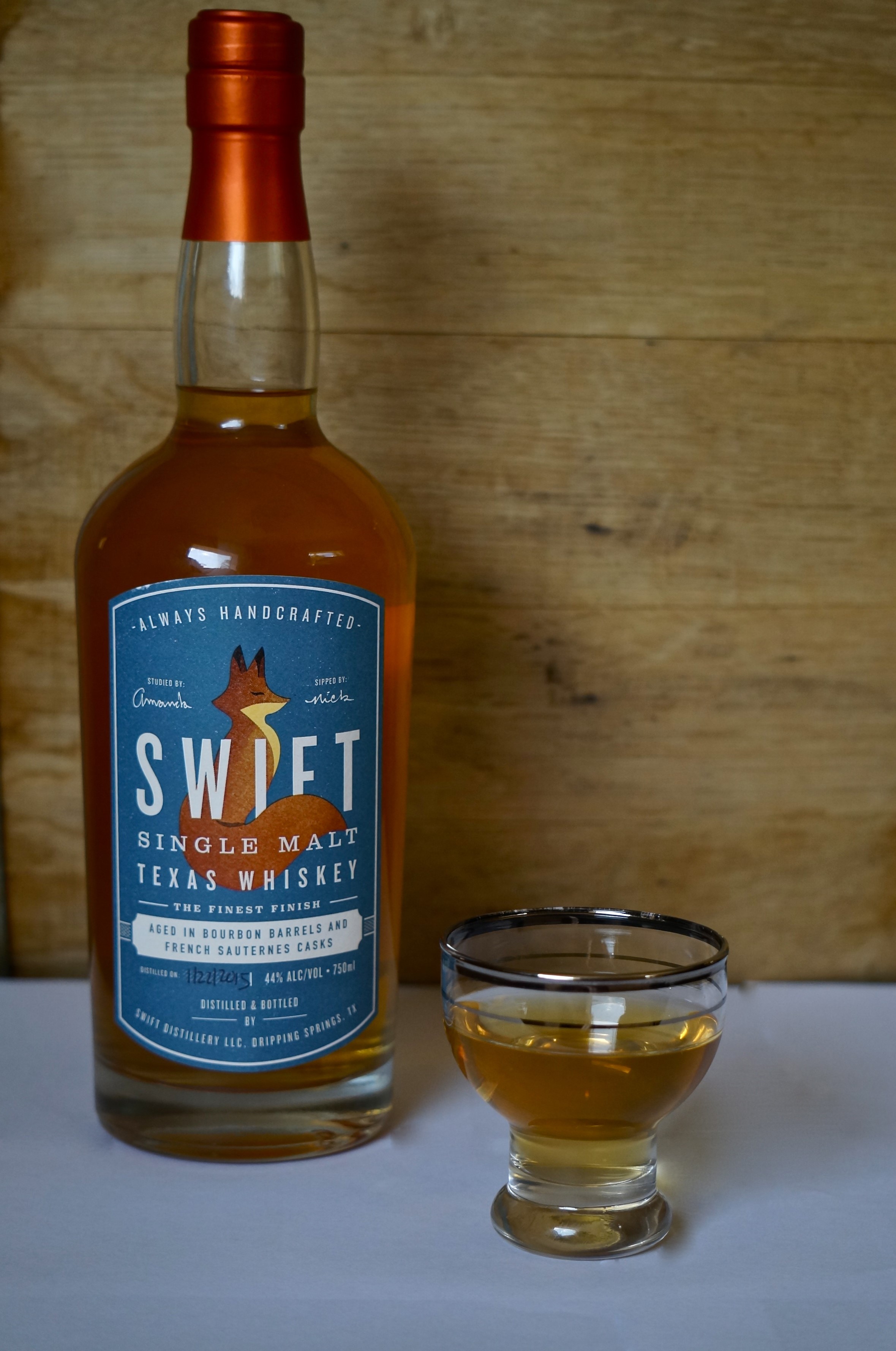