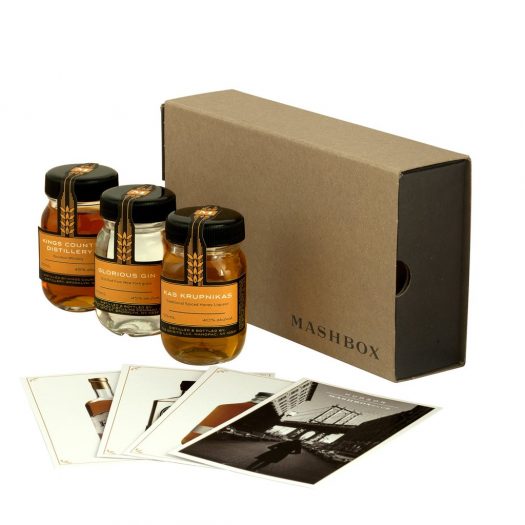 What’s new from MashBox? The last couple of packages we’ve received include these samples. (We also received duplicates of the Black Button products below and Black Button’s Bourbon Cream.)

Oak & Rye Wormwood – Spirit distilled from grain distilled and flavored with herbs. Somewhere in the vein of an aquavit, the nose is lightly licorice-inflected, showing evergreen and mixed herbs atop a base of vanilla and caramel. The palate is on the bitter side, again heavy with herbs and a sizable amount of licorice, with a sharp finish of orange peel and dusky cloves. Intriguing as a sipper, but not exactly a versatile spirit. 90 proof. B

Black Button Distilling Citrus Forward Gin – There’s ample citrus on the nose as promised, but it primarily takes the form of dried orange peel and a touch of grapefruit. Some floral aromas can also be found here — rose petals and some potpourri. The palate is a bit on the rustic side, a grainy character muscling aside the more delicate elements, though there’s a sizable amount of that citrus peel on the finish, which is touched with black pepper and grains of paradise. 84 proof. B

Black Button Distilling Four Grain Bourbon – Made from 60% corn, 20% wheat, 9% rye, and 11% malted barley. Aged at least 18 months in 30 gallon barrels. Young stuff, but it’s getting there. The nose is a mix of popcorn and sweet candy, some orange peel, and salted caramel. A touch of smoke and an herbal kick recalls aquavit. The palate is more straightforward, caramel corn, some vanilla, and a smarter of cloves on the back end. It needs more time in barrel to mellow out, but this isn’t a bad start. 84 proof. B 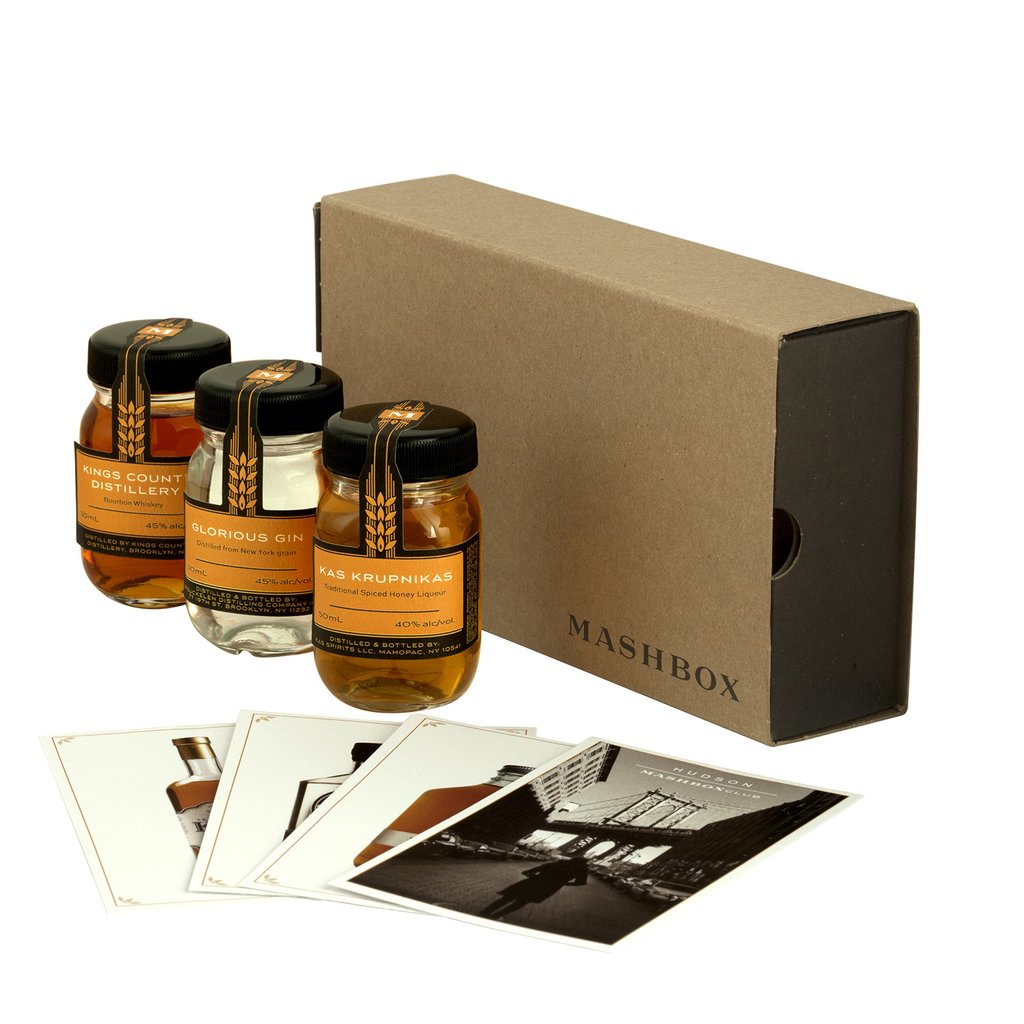