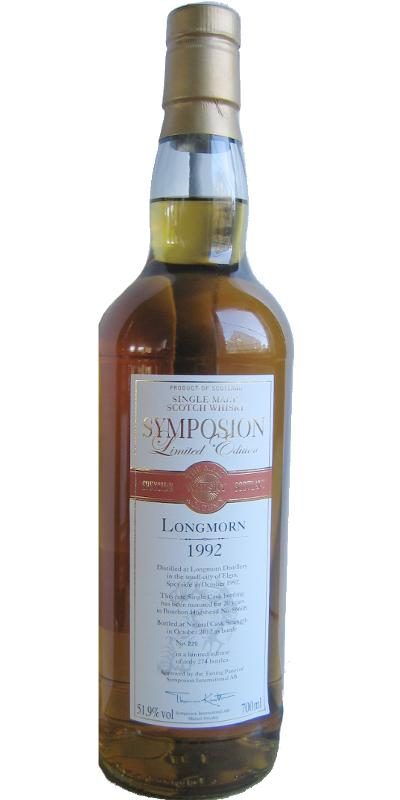 Symposion — the “House of Taste” — is a Sweden-based independent bottler of Scotch whisky and other spirits, with a particular eye on serving the Nordic market. I picked up this indie bottling of Speyside’s Longmorn — distilled in 1992 and bottled in 2012 at 20 years old after maturation in bourbon hogsheads — at Stockholm’s Arlanda airport, duty free.

The nose is driven by the old bourbon cask — minimally woody, lots of cereal, and strong vanilla-chocolate overtones. The palate spices things up a bit, with some cinnamon and nutmeg, gentle florals, and light citrus notes, but again, even after 20 years in oak, the malt-forward backbone stands strong and unyielding, seemingly ready for another 10 years or more in the barrel. The finish is a touch hot, but not at all unpleasant, somehow still connoting youth despite numerical evidence to the contrary.

A curiosity that drinks younger than its age. 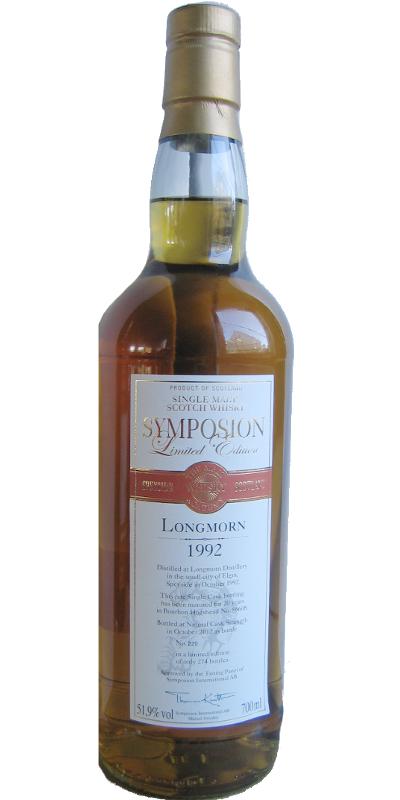