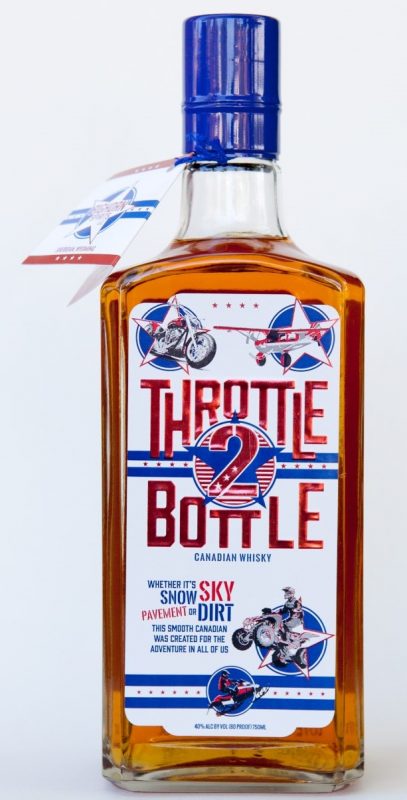 Throttle 2 Bottle is one of the most patriotic whiskeys I’ve had in months, not to mention the most manly. The front label alone has a motorcycle, an ATV, a snowmobile, and a stunt plane — all decked out in red, white, and blue, of course.

There’s a lot of text about living extreme, the 2nd Amendment, and God blessing America, but the fine print will tell you what you’re actually drinking: Canadian whisky, apparently brought to Wyoming for proofing by an import company based in Houston, Texas. There’s no information on sourcing or age, but this isn’t a whiskey that most people are going to be sipping intently, analyzing every aspect of it.

Except us, of course…

The nose is loaded up with brown sugar and baking spice, both doing a so-so job at covering up an ample lumberyard character that’s also a bit smoky. The palate is quite sweet, a lightly honeyed syrup character with notes of overripe apple and pear, and some maple notes emerging on the finish.

No big surprises here, really. This is a basic Canadian but it isn’t at all unpleasant, and it would be fine as a rack mixer for tall drinks. Of course, if you keep it in the rail behind the bar, you wouldn’t be able to see the awesome label, so what would be the point of that? 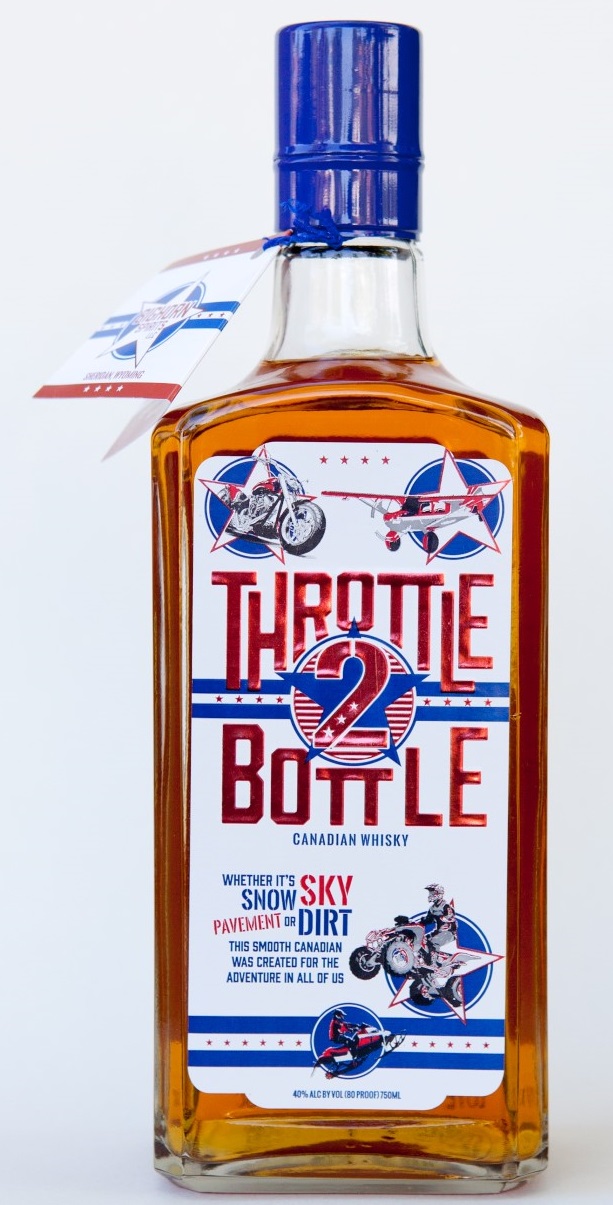