The summer seasonals from Samuel Adams are here. A whopping seven brews for 2017 are reviewed below.

Samuel Adams Summer Ale Lemon Wheat Ale (2017) – A repackage of this beer from 2013, this brew remains on the tough side, with crisp lemon counterbalanced by notes of cracked pepper and coriander. Virtually no bitterness is in the mix here; instead the malt does all the heavy lifting — which is perfect for hot weather but doesn’t have the backbone for much more. 5.3% abv. B

Samuel Adams Porch Rocker – This lemony spin on a radler, and the citrus does the heavy lifting here. The beer itself offers a whole lot of sweetness, with a lemon-lime edge to it, which gives it an almost soda-like complexion. That’s not the best impression, alas: The overall impact is one of a Mexican lager with one too many squeezes of lime in it. 4.5% abv. C

Samuel Adams Tropic of Yuzu – An ale brewed with spices and yuzu juice added. The spice makes more of an impression than the yuzu, with a kind of dusky coriander kick lingering alongside some notes of lime peel. Yuzu’s an awesome flavor, and it’s a bummer it doesn’t show through very clearly. 6.0% abv. B

Samuel Adams Hefeweizen – A surprisingly strong wheat beer, overloaded to bursting with orange peel and woody coriander. The palate is somewhat oily, which gives more weight to the pungent spiciness on the finish. A bit overwhelming for what ought to be a more refreshing and nuanced style. 5.4% abv. B-

Samuel Adams Golden Hour – A Helles lager, showing ample lemon peel, herbs, and — again — coriander, particularly on the finish. While it’s plenty malty, there’s enough acidity and just a hint of bitterness to lift it up a bit, giving the beer a nice balance, but one which ends up on the dusky side. 5.0% abv. B

Samuel Adams Berliner Weisse – Lots of lemon infuses this wheat beer, giving it a slightly sour character, particularly on the brisk finish, which hints more at lime. Up until then, it’s got a modest malt level, some hints of orange peel and cinnamon, and a clean and refreshing composition. 4.8% abv. B+

Samuel Adams Session IPA – Sam’s spin on a session IPA is a somewhat muddy affair, punched up with mushroom and earth, dulling what could be some more engaging notes at the core — lime peel, pine resin, and licorice. The finish sees some odd bubble gum notes emerging. 4.5% abv. B-

each about $8 per six-pack / samueladams.com 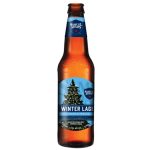 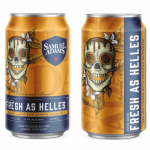