Does Absinthe Make You Hallucinate? 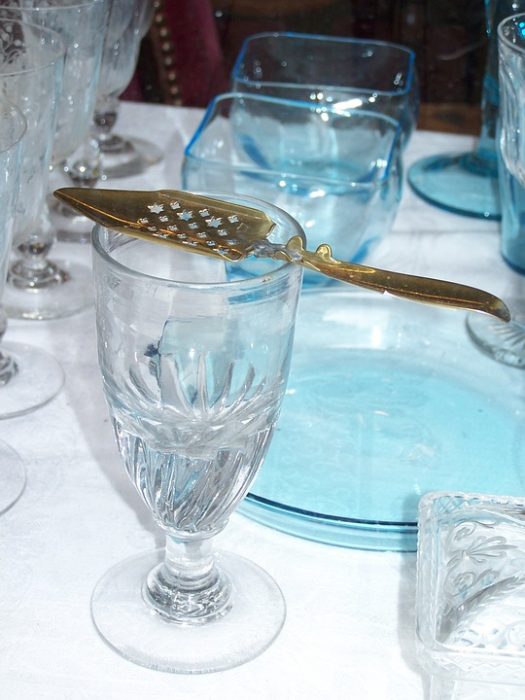 Though absinthe has been legal in the United States for a decade now, in the grand scheme of things it’s still a rather mysterious spirit, one that’s cloaked in superstition. And though the average imbiber might not know what absinthe is made out of or what it tastes like, the one thing everyone knows is the story of the “Green Fairy,” the hallucinations that one is said to get from drinking absinthe, and which has a lot to do why it was banned in the U.S. for about a century (1912-2007). So of course the question must now be asked: Does absinthe really make you hallucinate? If so, why? And if not, what the heck was going on with the ban?

So first off, what is the reason the stories give for absinthe’s hallucinogenic properties? The general consensus has been that wormwood, an herb used as a flavoring agent for the drink, contains thujone, a supposedly psychoactive compound that can cause someone enjoying the drink to see things. However, research shows that that just doesn’t seem to be the case; while wormwood definitely contains thujone, and thujone has been shown to block GABA receptors in the brain and can be toxic when taken in high enough doses, you won’t find any absinthe that contains the levels of thujone necessary for a reaction. (Not to mention that the effect of blocked GABA receptors isn’t trippy visions, but in fact painful convulsions. Not our idea of a good time.) Indeed, due to absinthe’s high alcohol content (typically around 60 to 70% abv), you would likely die of alcohol poisoning long before you ingested enough thujone to have any effect at all, good or ill.

That said, drinking absinthe isn’t a death sentence, either. Like the supposedly headache-inducing sulfites found in wine, thujone is naturally found in all sorts of things we ingest, and you don’t see people keeling over or having wild visions on the streets. The mundane truth is that neither wormwood nor the thujone within cause hallucinations, and the fact that people still fervently believe they do today shows how powerful the absinthe myth is.

But that’s the modern stuff. The absinthe that was available in its golden age was much more potent and psychotropic, right? Not likely. Despite the widespread belief that pre-ban absinthe had a much higher level of thujone in it, according to absinthe expert and Lucid creator Ted Breaux, absinthe never really had any hallucinogenic qualities. Instead, the poets and artists who claimed to see green fairies were likely just overtaken by absinthe’s high alcohol content, plus perhaps the power of suggestion, of course. If you have deep pockets, you can test Breaux’s claims yourself: There are plenty of sealed bottles of pre-ban absinthe on the market, they’re just very expensive.

So what was up with the ban in the first place? Remember that absinthe was banned in most countries in the early 20th century, when temperance movements were strong and had powerful political backing. The United States banned absinthe in 1912, even before Prohibition, while in France luminaries were attacking absinthe as the cause of all of the country’s declining moral values. It’s likely that absinthe, with an alcohol content a third higher than most gin or whiskey, was just a scapegoat for what was generally a bad time for alcohol. It took a lot of lobbying by folks like Breaux (and changing attitudes toward drinking) to finally overturn the ban just 10 years ago.

So that’s the strange, convoluted story of absinthe and its supposed effects. If you’re not going to rush out and break the bank on a pre-ban bottle, try a bottle of Pernod for the traditional experience, Lucid to see what bars are doing with it, or Wild Card for a more contemporary, “craft” absinthe. 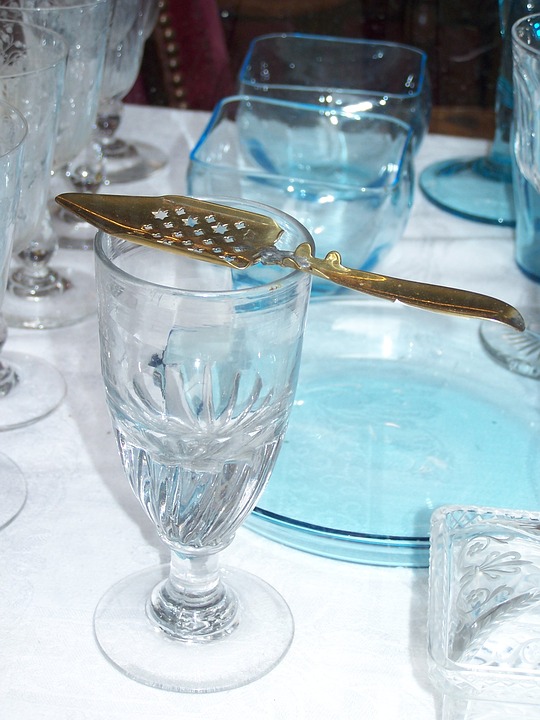