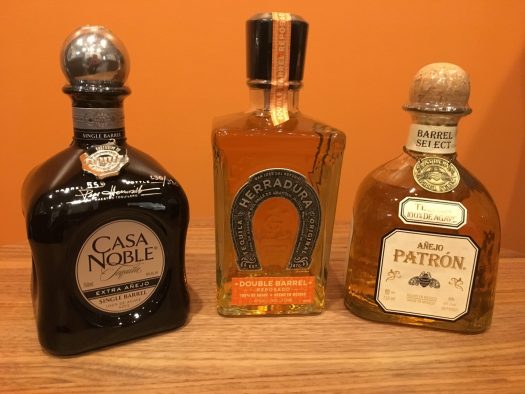 In case you missed our previous reviews, New Hampshire — the Granite State — is one of the most enthusiastic consumers of private label, single barrel spirits in the world. Recently the state’s liquor commission loaded up on 15 barrels of Jack Daniel’s whiskey, the biggest single barrel purchase of JD ever made.

Tired of whiskey? Maybe not, but the NHLC is at least extending its horizons to another hot spirit category: Tequila. Its latest purchase? Nine single barrels of tequila sourced from Patron, Herradura, and Casa Noble. The total haul is about 2,862 bottles — and we got to sample all of them.

Thoughts on the full collection, all 80 proof except the one Casa Noble as noted, follow.

Patron Reposado – Barrel #219 – Aged 8 months in new French oak. It kicks off as one of the most straightforward tequilas in this roundup, a toasty, vanilla-forward spirit with a sweet but agave-sharp nose and a palate that blends nicely its flavors of caramel and vanilla with ample notes of black pepper. Ultimately complex, with notes of banana and green olive emerging, it manages to remain balanced, a study in agave and wood finding harmony at just the right time. A / $57

Patron Anejo – Barrel #140 –  Aged 26 months in new American & new French oak. The first of three studies on different wood types used to age tequila — in this case, Patron. Quite citrus-forward on the nose, with big lemon peel notes and a hint of smoke. The body folds in more of that smokiness, plus some notes of apricot, lemongrass, and some mint. On the whole, a straightforward reposado. B+ / $62

Patron Anejo – Barrel #134 –  Aged 26 months in new (French) Limousin oak. The nose of this one offers notes of green banana, soft smoke, and lightly vegetal agave notes. The palate is more peppery, but balanced with a modest caramel and vanilla. Drinks more like a reposado. B / $62

Patron Anejo – Barrel #114 –  Aged 31 months in used American oak. Billed as a monster, and yeah, there’s plenty of wood on the nose, but it’s well filtered through butterscotch, vanilla, and caramel, with hints of fresh fruit. The palate is spicy, with red pepper and cloves, some notes of molasses, and a finish that again echoes toasty wood. Drinks more like an extra anejo, perhaps, with a more savory edge to it. B+ / $62

Herradura Double Reposado – Barrel #1224 – Aged 11 months in used American white oak, then spends an additional 30 days in new American white oak. The first of two identically aged barrels. There’s straightforward agave on the nose along with some buttery pastry notes, with a relatively soft approach on the palate’s attack. The finish is creamy and sweet, with mild herbal overtones, altogether drinking a lot like a typical, dialed-back reposado. B+ / $50

Herradura Double Reposado – Barrel #1225 – As above, aged 11 months in used American white oak, then spends an additional 30 days in new American white oak. While it has some of the same sweetness, this tequila is immediately much more peppery on the nose and the palate, with a more classically agave-forward profile. The finish finds a balance of sweet and spice, with notes of cloves and lemon peel — but the finish is all dusky pepper and a bit of smoky bacon that lingers on the finish. A somewhat more interesting expression of reposado, though it was just one barrel over. A- / $50

Casa Noble Joven – Barrel #808 – Aged 6 weeks in new French Oak from the sought-after Taransaud region — new oak of any sort being an unusual move for tequila. A clean tequila with a bold nose of green agave and lime peel, the sharp palate leading to some light notes of almond, toasted marshmallow, and blonde wood. Quite pungent on the finish, with a spritz of citrus, ample black pepper, and lingering alcohol overtones. 102 proof. B+ / $45

Casa Noble Reposado – Barrel #691 – Aged 364 days in new Taransaud French Oak, just under the reposado limit. A very supple and surprisingly gentle tequila, aromas of soft brown sugar, vanilla, and gentle wood lead to a soft but highly drinkable palate that mixes up notes of lemongrass, honey buns, peppery agave, and butterscotch. Lithe and mellow on a finish that turns almost decadent, particularly for a reposado. A / $58

Casa Noble Extra Anejo – Barrel #556 – Aged 5 years in new Taransaud French Oak. “The Director’s Pick.” There’s a surprising amount of agave left here considering the advanced age of this extra anejo. Grassy and almost green, it’s a tequila that comes across at first like a reposado both on the nose and the palate… at least until the barrel influence becomes more evident as notes of cinnamon, mixed baking spices, raisins, and some notes of raw sugar cookie dough, which linger on the finish. This is a fun tequila but it seems at times a bit scattered, perhaps even lost. B+ / $130 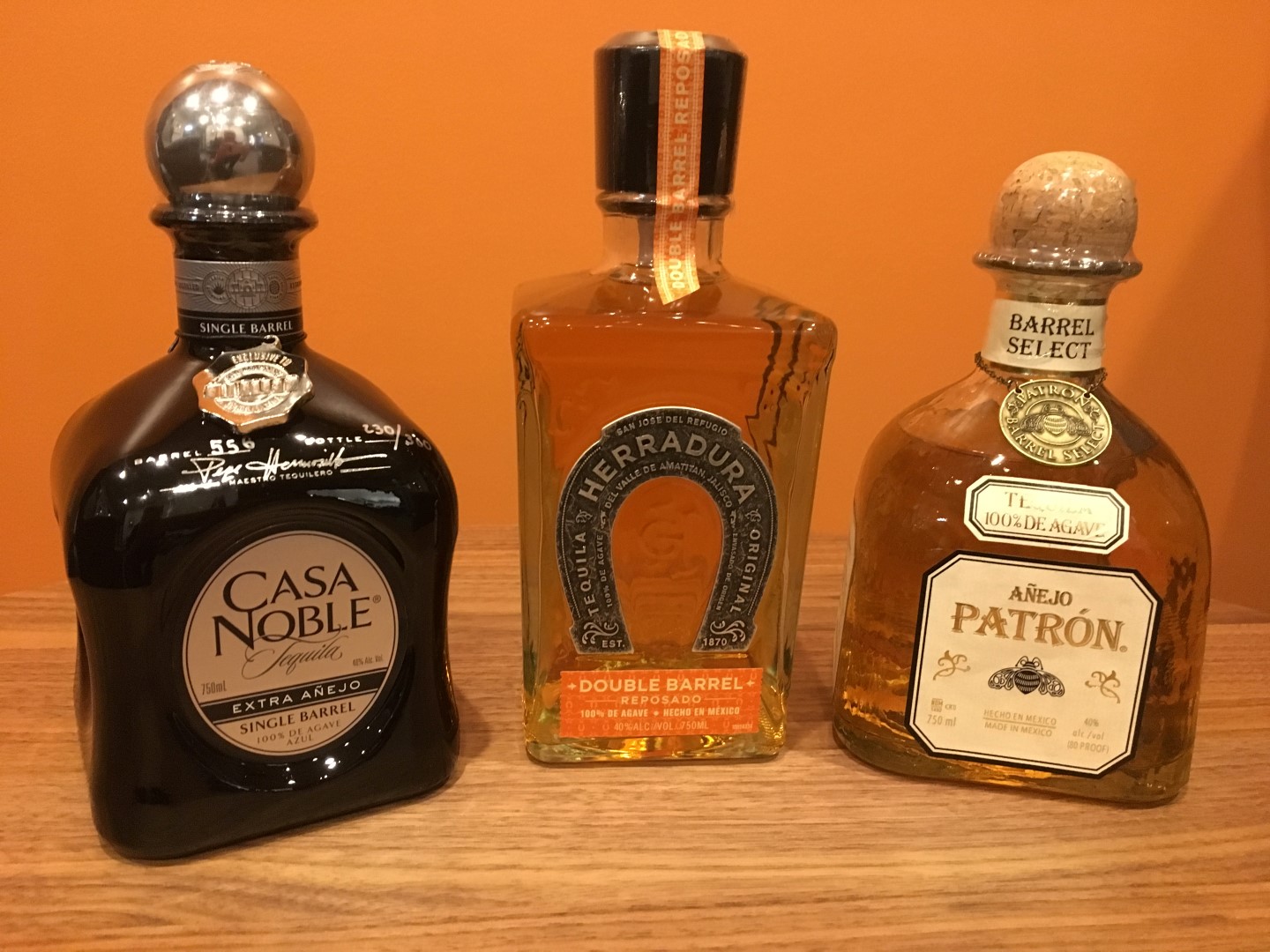