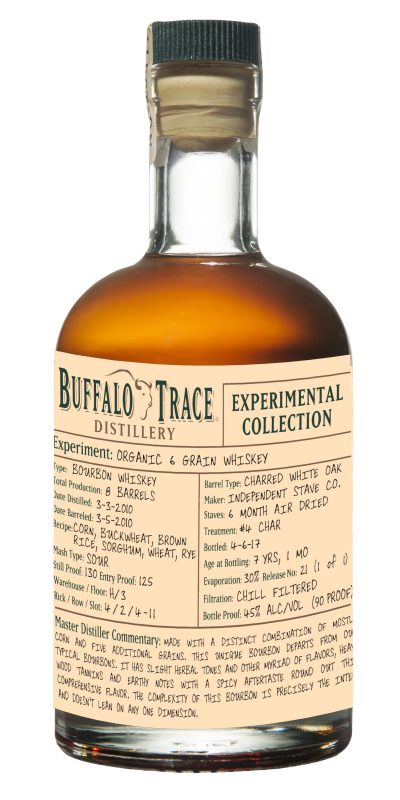 It feels like it’s been a year since Buffalo Trace’s last entry into its ongoing Experimental Collection release, but finally something new has arrived. This one looks at the most basic component of whiskeydom: the underlying grain. This time, it’s going with a whopping six of them.

Some details from the buffalo’s mouth:

Distilled in early May 2010, this whiskey mash bill contains an assortment of grains; corn, buckwheat, brown rice, sorghum, wheat, and rice. These grains were milled, cooked and made into sour mash before being distilled on Buffalo Trace’s experimental micro-still to 130 proof white dog. The white dog was then entered into eight new charred white oak barrels that had received Buffalo Trace’s standard number four char. After resting in Warehouse H for seven years and one month, the whiskey was chill filtered and bottled at 90 proof.

This is a certified organic whiskey, as all six grains received organic certification, and the production method at Buffalo Trace Distillery, including distillation, processing, and bottling was organically certified.

The whiskey is a bit of a bruiser, loaded up with tannin and barrel influence that I wouldn’t expect from a seven year old whiskey. The nose is loaded with sawdust and pencil lead, dusky clove and tobacco leaf. The palate, well, it stays right on target: wood is the dominant note, with diminishing characteristics of burnt sugar, molasses, tar, and heavy barrel char. Some sweetness lingers here — a by-product perhaps of the sorghum — but for the most part it lacks the heavy vanilla and caramel notes of a typical bourbon. This is not necessarily a bad thing, but it is quite unexpected and off the beaten path.

This is a complex beast, and fans of very old bourbons are advised to track down a bottle to compare and contrast how this unorthodox mashbill, at a younger age, compares to a more traditional bourbon, at a much more advanced one. Please share your talking points in the comments. 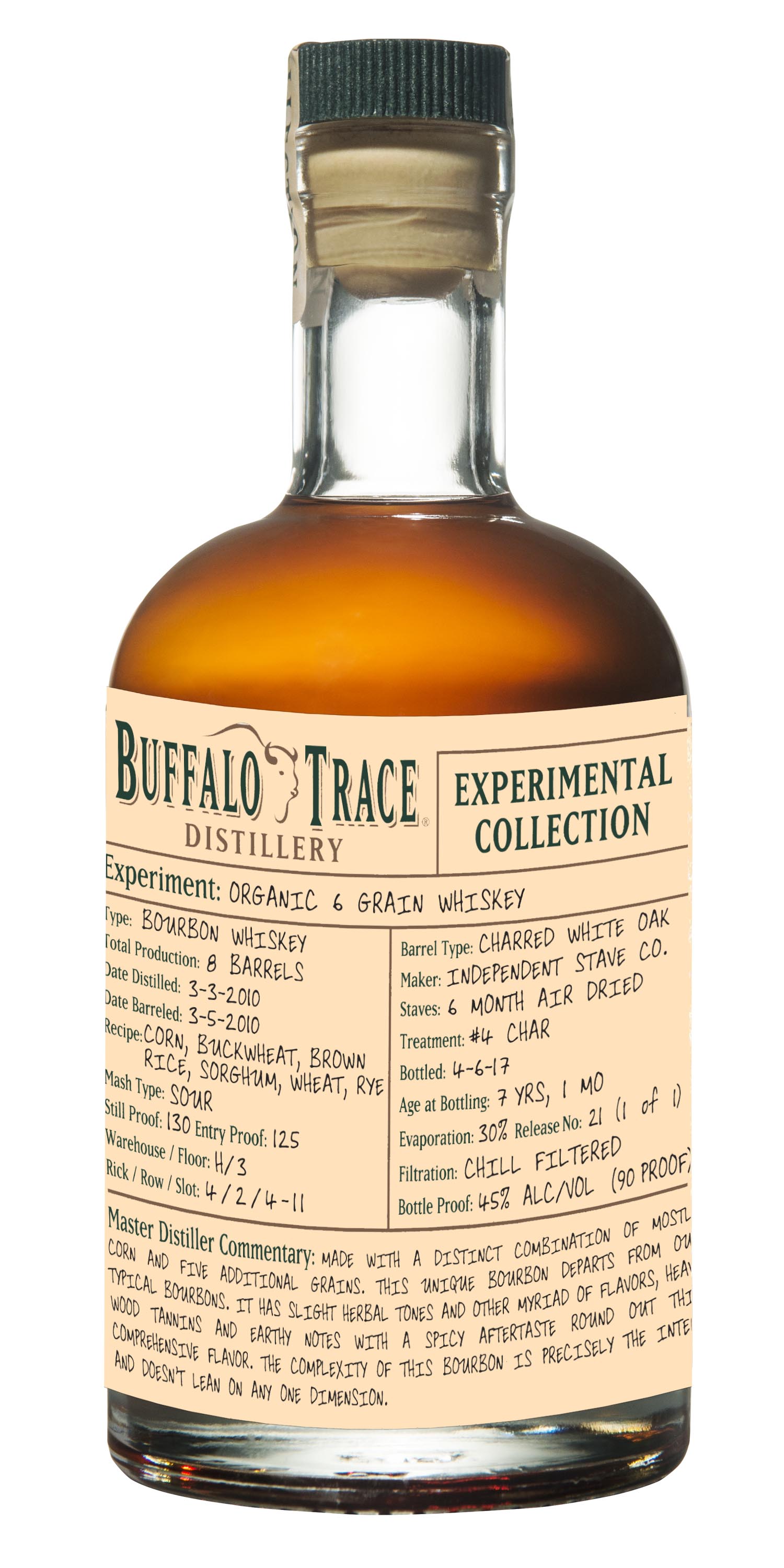