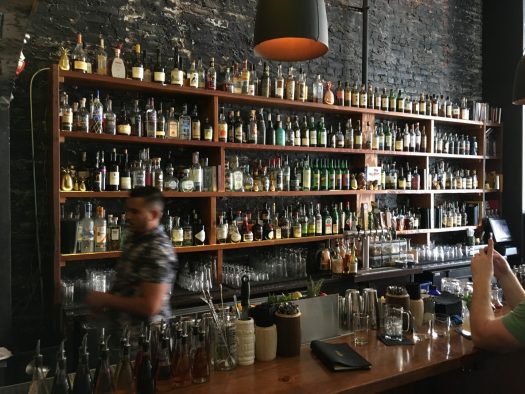 The Pacific Cocktail Haven, or P.C.H. as the sign reads out front, is a drinking establishment unlike many you’re likely to find in San Francisco. The operation has been serving drinks for nearly a year, operating near Union Square, out of the old Cantina space, but this was my first visit to what’s clearly home to one of the most enigmatic drinks menus in town. 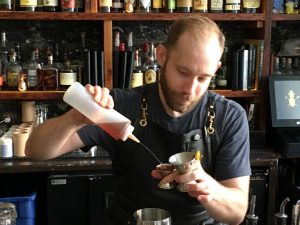 On a recent visit, barkeep Francis Stansky led us through an in-depth tasting of 10 cocktails (some old, some new) from the bar’s lineup, in between explanations of P.C.H.’s inspiration — “an intrigue with the culinary world” and unusual (but not obtuse) flavors. Deconstructed tiki is a big theme here, but you’ll find few ceramic mugs or umbrellas and, frankly, very little in the way of rum. Typical drinks are $12 or $13, with some large format punches also available.

Starting off with less alcohol-forward cocktails, we began with the Oh Snap!, a blend of Junipero gin, manzanilla sherry, absinthe, citrus, and tonic. The secret sauce is muddled sugar snap peas, which are strained out of the final (but nonetheless very green) cocktail. The pea flavor is intense and can initially be off-putting if you aren’t prepared for it, much in the way cilantro in a cocktail can be. I warmed up to it in time, and the anise hints and herbal, sherry-heavy finish give it more complexity. 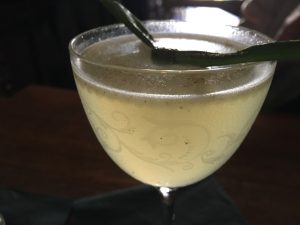 Lime in da Coconut looks like a frappe but drinks entirely differently, blending Reyka vodka infused with salted pistachio, coconut-lychee milk, and citrus, all build on tons of crushed ice. It would come across like a tiki dessert if it were sweeter; instead, it’s a bit on the sour side, with lots of lime influence. I was a bigger fan of Kung Fu Pandan, a new drink moving to the main menu shortly, a bizarre mix of Kikori rice whisky, sake, salted pandan, and citrus — topped with dried candy cap mushroom dust. The dust gives the drink a heavy mushroom nose, segueing as you sip it into an earthy, nutty body with lemon highlights. Sake keeps the drink light and lively. 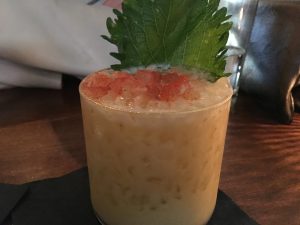 A duo of whiskey drinks started with the Thrilla in Manila, made with Evan Williams bourbon, shiso, calamansi, coconut, absinthe, and li-hing mui. Calamansi is a sort of Filipino lemonado, and li-hing mui is a dried plum candy, and both are put to interesting effect here as the balance the coconut presence, ample citrus, and sweet-and-sour finish. A favorite of the night. Another study in contrasts can be found in Tuk Tuk Tea, a blend of Dewar’s 12 year old Scotch, Hine cognac, Laphroaig, honey, Thai tea, and cream. This spin on Thai iced tea offers the classic sweet tea attack, refreshing but different, with a bit of a chocolate bent… before, whoosh, the smoky Laphroaig kicks in, taking the drink in a whole new direction. Like the Oh Snap!, this can be confusing and unexpected, but as you acclimate to it, it becomes quite delightful.

Ninth Ward was my least favorite drink of the night, blending Espolon reposado tequila, palo cortado sherry, banana, and bitters in an up drink served with a little flask of extra cocktail on the side, much like a classic martini. The sherry overwhelmed the tequila for me on this one, and I didn’t get much banana flavor, either. I preferred the Naked Mai Tai, a blend of Appleton Estate rum, Combier, orgeat, and bitters, though again, this was super spirit-forward, and the amount of rum overwhelmed the other elements. Maybe a bit too naked? 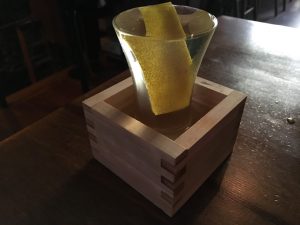 P.C.H. has a number of low-alcohol cocktails, including the Salaryman (sake, Dolin blanc vermouth, maraschino, and bitters), served in a classic shot glass and wooden sake box. Sake fans will dig it, but I thought the Sherry Cobbler, a classic blend of three sherries, creme de noyaux, orange marmalade, bitters, and fresh fruit, was the more refreshing option.

Did you save room for dessert? Check out the Barley and Me, a blend of Bernheim wheat whiskey, Avua cachaca, Lazzaroni amaro, dark-roast chocolate barley, cinnamon, and bitters. This is a rich dessert of a drink in a glass, with strong cocoa notes, vanilla, and almond notes. A huge crowd pleaser, it was the perfect way to end the evening and start planning our return. 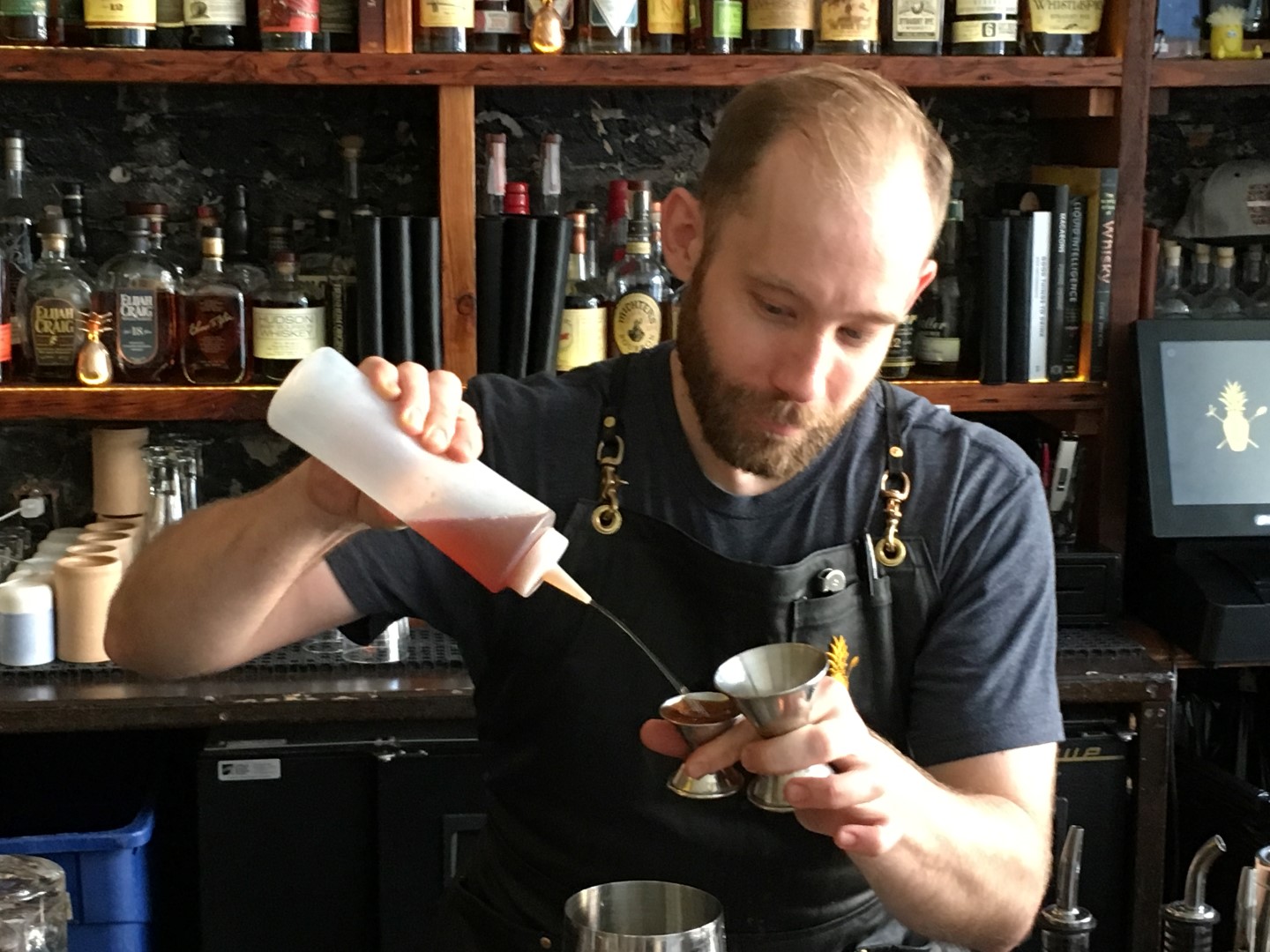