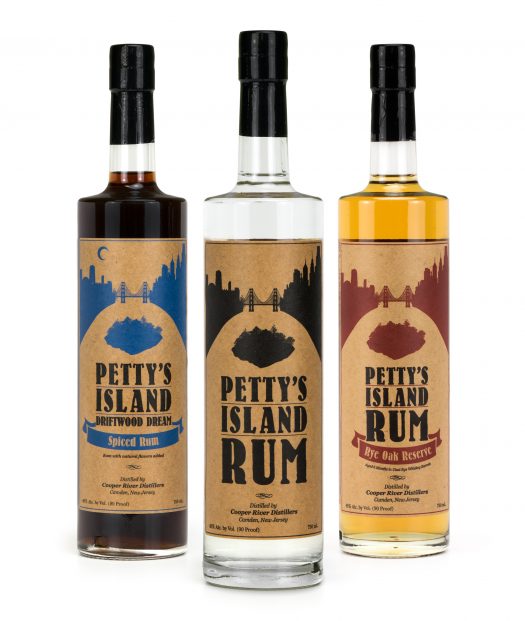 Cooper River Distillers is the first legal distillery in Camden, NJ — ever! This outfit produced its first product, a rum, in 2014, and since then it’s been adding more rum expressions, brandy, and whiskey. We received a variety pack from the company — three rums and its brandy — and put them all to the test in the writeups that follow.

Cooper River Petty’s Island Rum – Pot-distilled white rum (unaged) made from a “custom blend of molasses.” Funky and pungent, but with a distinct sweetness underneath the initial notes of leather and burlap. It’s not the usual tropical fruit character but rather a floral-driven note that evokes notes of hibiscus, grapefruit peel, and cinnamon-scented tapioca. Lots going on, with a somewhat muddy direction. 90 proof. B- / $25

Cooper River Petty’s Island Driftwood Dream Spiced Rum – Take the Petty’s Island white rum base, “then we age it on toasted applewood for a month, add all-natural cinnamon, vanilla, cloves, ginger, coffee, and allspice before finally sweetening Driftwood Dream just a tad with the same molasses we use as the base for all of our rums.” Incredibly dark color, and the molasses added comes through immediately. This, and some ginger notes, overwhelm all the other flavors, though a hint of coffee on the finish is both fun and quite unique spiced rum. Gingersnap in a bottle — that’s the gist — with a boozy edge. The more I sip on this, the more I fall in love with it. 80 proof. A / $32

Cooper River Petty’s Island Rum Rye Oak Reserve – Here’s the white rum aged for 13 to 16 months in charred, white oak barrels previously used for Cooper’s rye whiskey. Though amber in color, it’s still quite brash. Butterscotch notes hit the nose, along with hints of coconut and plenty of ethanol heat. On the palate, the raw alcohol notes tend to dominate, incompletely covering up the funky underpinnings of the white rum, thick with raw forest floor notes, pungent tobacco, and just a hint of spice — the only real indication of the rye whiskey barrel. 90 proof. B- / $39

Cooper River Cooper & Vine Garden State Brandy – Lastly, this is a brandy (made from New Jersey-sourced pinot grigio wine) that is aged for about 18 months in 15 gallon barrels — some new oak, some previously used for Cooper’s rum and rye — all blended together in the end. This is a rustic, very young brandy that is loaded with simplistic granary notes, raw alcohol, and blunt fruit notes, the finish offering heat and plenty of vegetal overtones. Nothing much to see at this young age. 85 proof. Reviewed: Batch #1. C- / $37 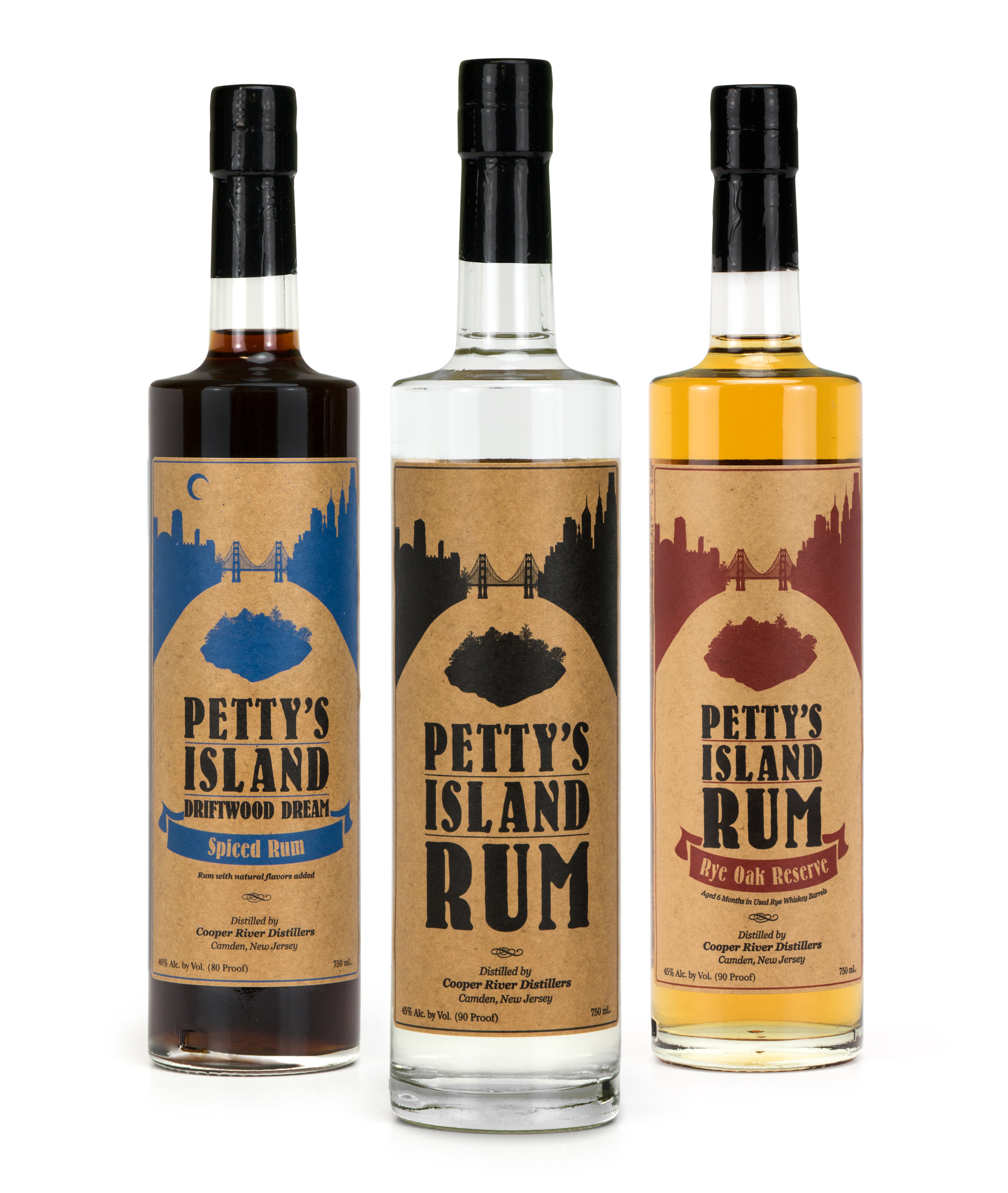 Review: The Rums of Maggie’s Farm