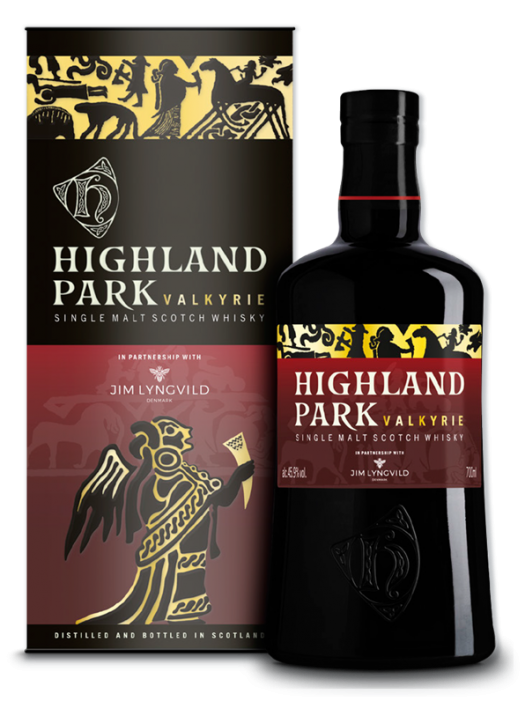 Having once been part of Denmark and Norway, Orkney became the raiding headquarters for Norwegian Vikings in the 8th and 9th century, shaping a unique past for the island. Magnus Eunson, who founded Highland Park in 1798, was a direct descendant of those first Viking pioneers.  Even today, 1 in 3 Orkney islanders bear Scandinavian DNA and share a fierce pride for the rich Nordic ancestry woven into the islands’ traditions and culture.

It is this enduring culture and legacy that is the inspiration for Valkyrie, set to launch in June 2017.

Valkyrie’s unique one-off design is inspired by two important Nordic sources – a typical Viking pendant from around 300 – 700 AD discovered in Uppland, Sweden and the ancient Hammar Stone of Gotland which details the epic journey of the Valkyries.

In his distinctive style, Lyngvild has interpreted the ancient legend of the Valkyries – avenging horse-backed angels who combed the battlefields for the bravest of their fallen warriors – in an expressive, story-telling illustration for Highland Park.

Noticeably different from the traditional black and silver Highland Park packaging, the re-imagined design maintains the distillery’s ongoing references to Viking design whilst updating the graphics with a bolder, hand-drawn aesthetic.

Using embossed metallic detailing, he represents the Valkyries as shield-maidens of Odin, offering their god a drink of mead from a curved horn. The larger illustration features a winged Valkyrie with coiled hair and a necklace that pays homage to the goddess Freya’s magical Brísingamen torc (necklace).

Of special note, Valkyrie now replaces Dark Origins, which is being discontinued.

A smoky spin on young Highland Park? That’s not a bad way to describe Valkyrie, but there’s more going on beyond that simple descriptor. The nose is sharp, smoky for sure but also with notes of citrus oil, bergamot, and other sherry-fueled aromas, hallmarks of Highland Park’s heavy usage of sherry casks for aging. On the palate, the smoke and sweet citrus come together rather explosively. It’s a lot like Dark Origins, but pumped up and concentrated on all fronts, using its slick, quite oily body to showcase notes of roasted nuts, some coffee ground, bacon, and baked beans. That oiliness leads to a biting and almost overwhelming finish, slightly bitter around the edges.

Don’t be afraid of water here, which opens up some chocolate notes, dulls the smoke, and brings the innate nuttiness more fully into focus. 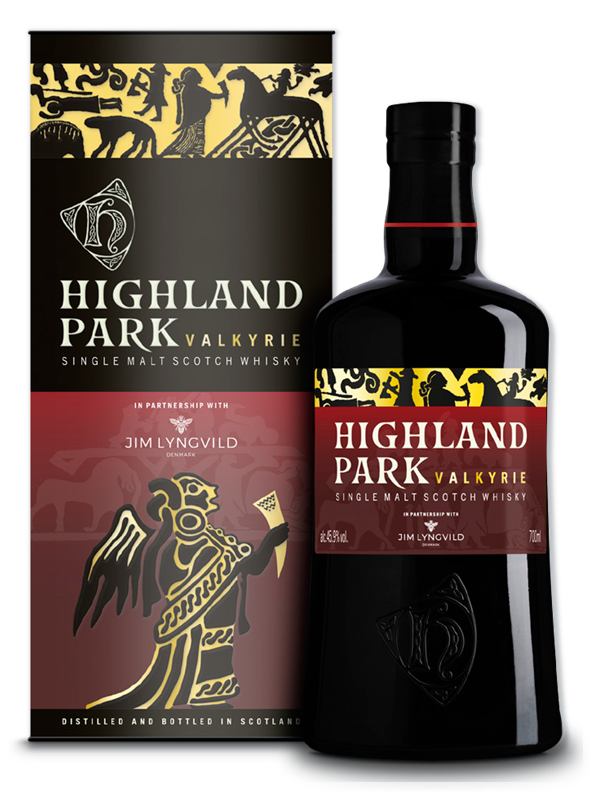