Shaken or Stirred: Which Makes the Best Martini? 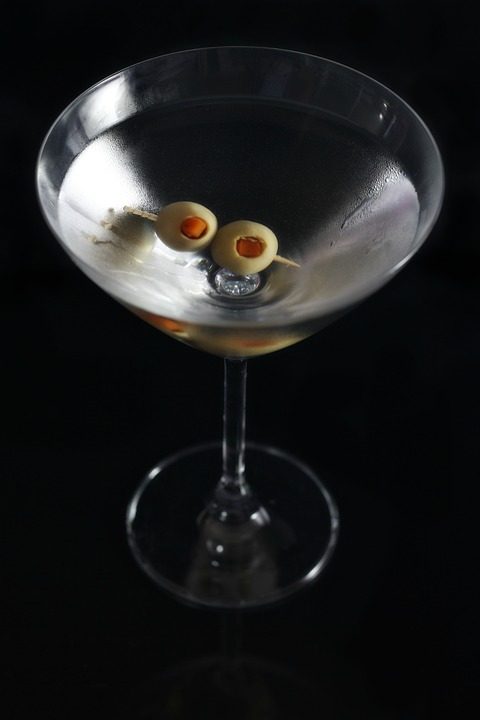 “A dry martini,” he said. “One. In a deep champagne goblet.”

“Just a moment. Three measures of Gordon’s, one of vodka, half a measure of Kina Lillet. Shake it very well until it’s ice-cold, then add a large thin slice of lemon-peel. Got it?”

Like a manhattan or an old fashioned, a martini is on its surface a simple drink to make: dry vermouth, gin (traditionally) or vodka (modern), and an olive as garnish. But a martini is something special; it’s lodged in the popular imagination, through no small fault of the man quoted above, Ian Fleming’s super spy James Bond. Whether through Fleming’s novels or film adaptations featuring Sean Connery, Daniel Craig, or countless others, if there’s one thing the average person knows about James Bond, it’s his preference of martini: shaken, not stirred.

The question is: Why? Does shaking vs. stirring change the taste of the martini? And if so, which is better? Naturally for this question we decided to hold a tasting to see how a martini fares when shaken or when stirred. For this tasting, we went with two gin martinis, made with Bombay, one shaken and one stirred.

Nose: The nose of a martini is a lovely thing, subtle and herbal and bitter. The stirred martini had notes of pine, bitter orange peel, and juniper — not too overpowering. The aroma of the vermouth was almost indistinct, and served mostly to highlight the aromas of the gin.

Palate: The initial taste of the stirred martini was briny, lightly acidic sea salt from the vermouth. Then came the gin, with the promise of the nose being borne out by juniper, bitter citrus peel, and a light Christmas-tree pine. Gin can be a tough thing for an alcohol novice to wrap their heads around, but a martini is a good, aromatic, interesting way to try something new.

Nose: The nose of the shaken martini was similar to the stirred martini, if perhaps a bit more piney. The decision of shaking or stirring didn’t seem to factor much into the nose.

Palate: Here’s where things get radically different. To start, the shaken martini was much colder, as a result of the gin being shaken up with the ice. (Many shaken martinis will even have ice chips in the drink, which some drinkers consider offensive.) The chill of the drink translated over to the taste, which was light and very, very subtle, almost to the point of not tasting like much of anything at all. There were slight notes of juniper and peel and pine, but they were buried beneath a watery simplicity. As the martini warmed up, the flavor became a bit stronger, but it was still more jumbled and indistinct than the stirred martini was.

So why did the drinks turn out this way? A lot of it has to do with the cold: Like a glass of white wine, it’s easy to over-chill a martini by shaking it, and the primary result of a too-cold martini is that it becomes much more thin and tasteless. This is compounded by the fact that shaking introduces more water into the drink via melted ice; a stirred martini will be a bit stronger, and thus more flavorful. As well, gin is a sensitive spirit and vigorous shaking has the result of muddling its taste. (There’s much talk of “bruising the vermouth” if you shake a martini, but it’s the gin that has the bigger problem.) All in all: A stirred martini is indeed more interesting and flavorful than a shaken one.

If there’s not much to recommend a shaken martini over a stirred one, then why does James Bond order them? The answer is twofold: first of all, Bond is the ultimate bad boy, and that extends to his choice in drinks. He doesn’t follow our rules, and from his first appearance in Casino Royale back in 1953, he was a man that blazed his own path. If society tells us to stir our martinis, of course Bond is going to be the type of guy who drinks them shaken. The other reason is more mundane. Look at his recipe again. In addition to the gin and vermouth, Bond requests a measure of vodka, making it a drink that he named  The Vesper, after that book’s femme fatale. Vodka is a much heartier spirit than gin is, and if you’re drinking a vodka martini, shaking might actually be good for it, since vodka is best when it’s ice cold. Of course, given that Bond is drinking a martini with both gin and vodka in it, perhaps he just prefers a weaker drink with some water in the mix.

So that’s another taste test done, and another curious corner of the history of spirits explored. If you feel like trying this experiment yourself, let us know in the comments which style you prefer, and why! 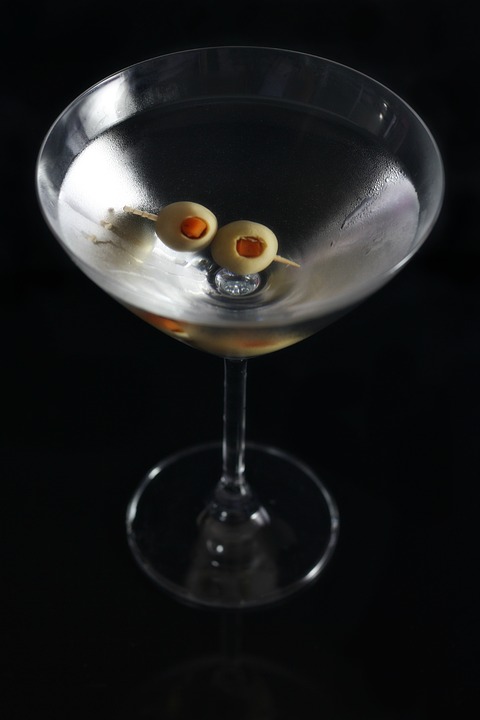