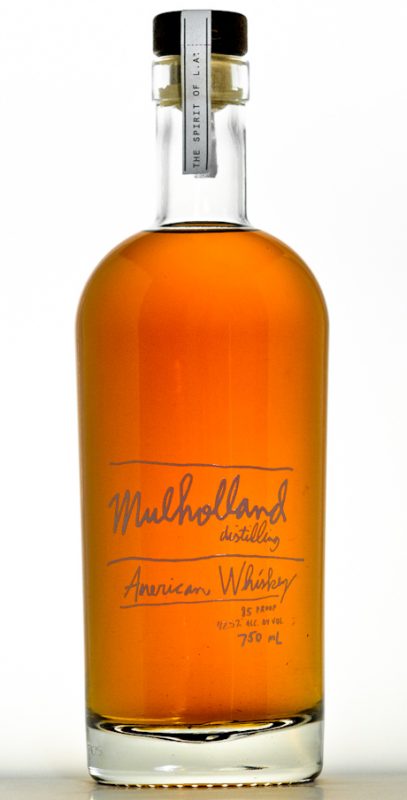 Mulholland Distilling is a new operation that bills itself as “The Spirit of L.A.,” though nothing is actually originated in Los Angeles — the white spirits are distilled on contract in Missouri, then proofed down in Downey, California, which is indeed part of Los Angeles County. The whiskey is from Indiana (presumably MGP), with Califorinia water added. In a nutshell, these are contract spirits.

Mulholland at least has some celebrity cred behind it, in the form of Tarantino regular Walton Goggins, the gangly, wide-mouthed star of The Hateful Eight and other flicks. Sure, he doesn’t personally distill the three products reviewed below, but hey, neither does Mulholland.

Mulholland Distilling Vodka – Sweet and marshmallowy on the nose, this is a new world vodka with lots of vanilla, some gingerbread, and caramel corn notes on the palate. The finish sees lingering vanilla sugar notes, sweet and straightforward, though not entirely complex. This vodka is nothing special, but at least it’s priced appropriately. 86 proof. B- / $20 [BUY IT NOW FROM DRIZLY]

Mulholland Distilling New World Gin – They call it a New World gin, but describe it as a “blend of New World and Old World flavors.” Those flavors include juniper, coriander, angelica, plus French lavender, Japanese cucumber and Persian lime, though the full recipe is not disclosed. Distilled six times, from corn (presumably the same bulk spirit used in the vodka), it is bottled overproof, a smart decision. The gin has a very fruity nose — red berries plus tons of lime, touched with mint and cucumber. The palate is lightly sweet — though not to the degree that the vodka is — and juniper is such an afterthought that the spirit comes across more like a flavored vodka than a gin. Lightly floral but dominated by the lime and cucumber, the finish finds vanilla and a hint of black pepper that catches on the back of the throat. Not a bad companion with tonic. 96 proof. B / $27 [BUY IT NOW FROM DRIZLY]

Mulholland Distilling American Whiskey – Made from a mash of 94% corn, 4% rye, and 2% malted barley — but not a bourbon, for reasons unstated (likely age, in part). In keeping with the theme, the whiskey is sweet on the nose, with ample corn character, some cinnamon-dusted raisins, and a bit of prune. This is youthful whiskey, and on the palate, the caramel corn notes are quite prominent, lightly spiced with ginger and touched a bit with camphor. The finish is rustic but well-sweetened with maple syrup notes to avoid any medicinal quality from seeping through, approachable even at a full 100 proof. Uncomplicated, it could be worthwhile in cocktails. 100 proof (though the photo indicated 86 proof). B- / $30 [BUY IT NOW FROM DRIZLY] 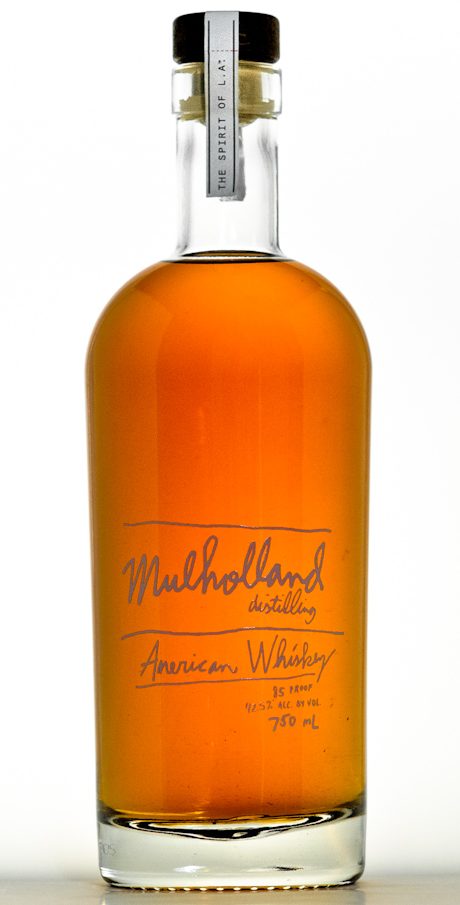