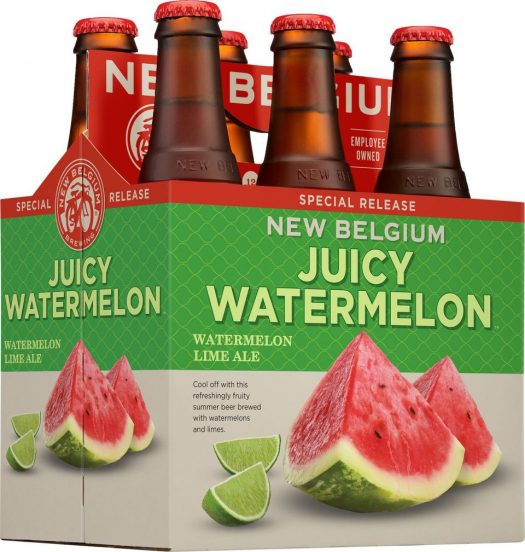 Something old, something new from New Belgium. One is a reprise of its annual sour release, the other a fruit-flavored ale. Let’s try both!

New Belgium La Folie Sour Ale 2017 – New Belgium’s annual release of La Folie — a sour brown ales matured in oversized French oak wine barrels for up to three years — is here. No surprises for those familiar with the beer. It’s intensely sour, with a heavy focus on fruit notes — apple and lime, especially — that are mouth-puckeringly tart. At the same time, it lacks that heavy acidity and pungency that can make so many sours overblown and undrinkable. While this is undoubtedly a powerhouse, it guides that power into something with balance and grace. 7% abv. A- / $16 per 22 oz bottle

New Belgium Juicy Watermelon – Watermelon lime ale? Sounds like something from which I’d run away screaming (and perhaps a reprise/rebrand of last year’s Heavy Melon), but much to my surprise, this fruit-heavy ale is quite approachable. You don’t even notice the fruit at first, which drinks more like a lager, malty and lightly sweet, with some Christmas spice elements. As the beer warms up, the watermelon becomes more evident, but it’s kept in check, never spiraling (quite) into Jolly Rancher territory. Summery, for sure, so hold out for a hot day. 5% abv. B / $9 per six pack 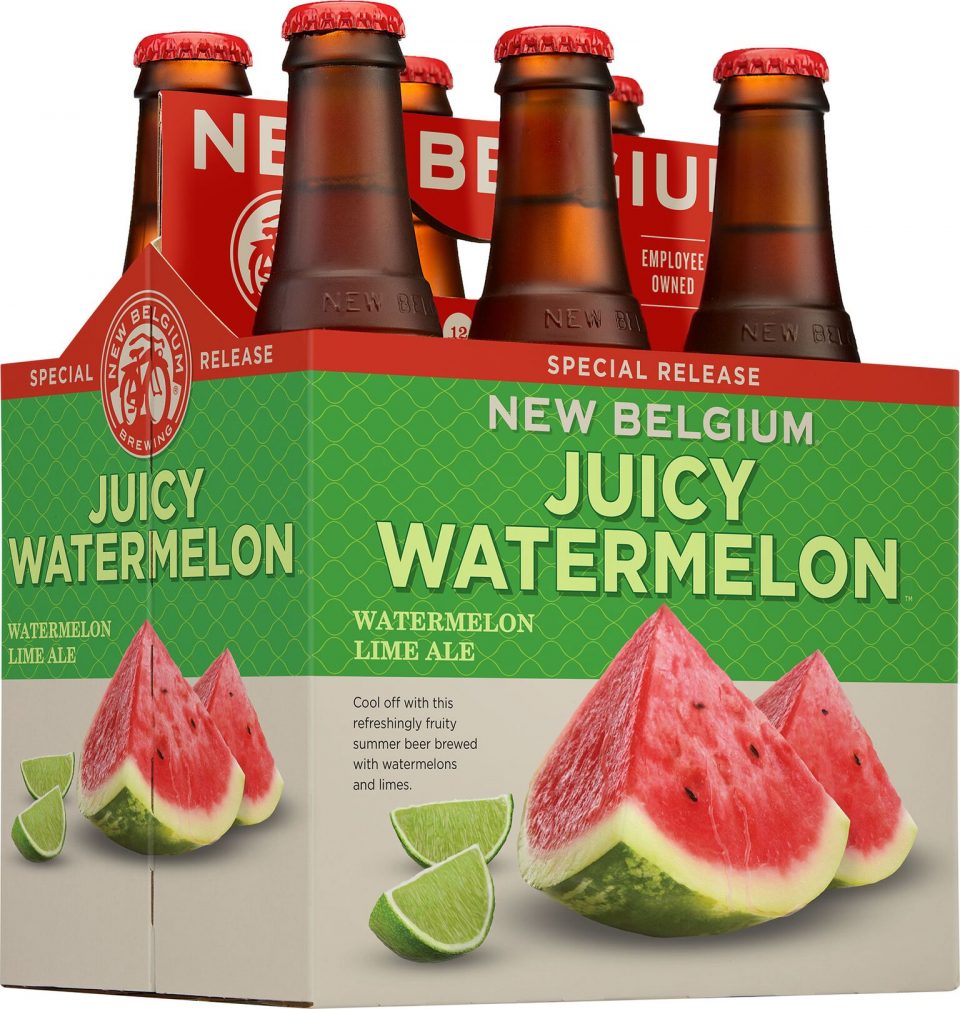