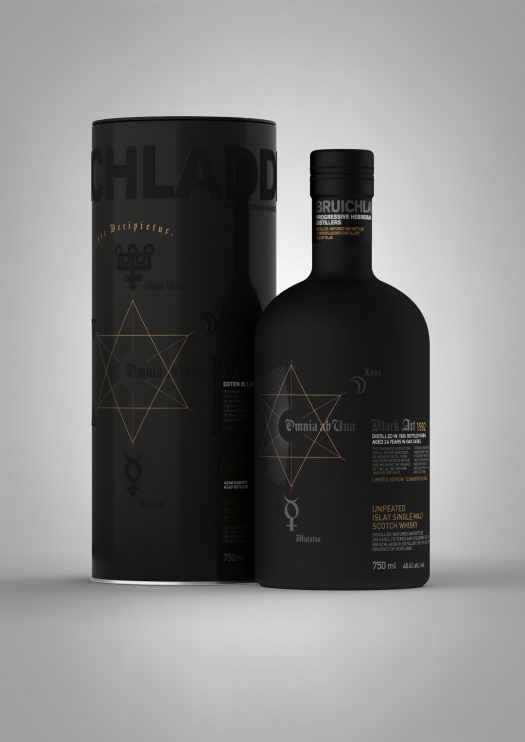 With Jim McEwan out and Adam Hannett in as master distiller, Bruichladdich hasn’t taken its foot off the gas even for a second. This summer the company hits the ground with three new ten year old whiskies — all revivals of earlier limited editions — plus a new release of Black Art, Hannett’s first stab at this mysterious (intentionally) vatting of very rare whiskies.

Bruichladdich The Laddie Ten Second Limited Edition 10 Years Old (2017) – The Laddie Ten is becoming a classic of younger single malts, and now a second limited edition is arriving. Distilled in 2006, this release is a 10 year old just like the first, and is made again from unpeated barley, and the whisky is aged in a mixture of bourbon, sherry, and French wine casks. Departures from the first edition are evident from the start. The second edition is quite a bit more cereal-focused on the nose than the original, with orange-scented barley and light mushroom notes wafting in and out. The palate is a bit sweeter than the nose would cue you off to, with a distinct chocolate character and notes of Honeycomb cereal. The finish is lively and sherry-heavy, with a nagging echo of dried mushrooms. It’s not as essential a whisky as the original Laddie Ten, but it remains worthwhile and is still not a bad value. 100 proof. B+ / $58

Bruichladdich Port Charlotte Second Limited Edition 10 Years Old (2017) – Another round with the 10 year old Port Charlotte. Made from 100% Scottish barley, and aged in a mix of first-fill bourbon, sherry, tempranillo, and French wine casks. Peated to a moderately heavy 40ppm. Sweet orange and some strawberry interplay nicely with the smoky, salty nose. This leads to a palate of dried fruit, sultry smoked bacon notes, and hints of camphor. It’s a fine dram, but as Islay goes, it’s not overwhelmingly well balanced and not all that special. Not my favorite whisky in this batch, but nothing I’d spit out, of course. 100 proof. B / $62 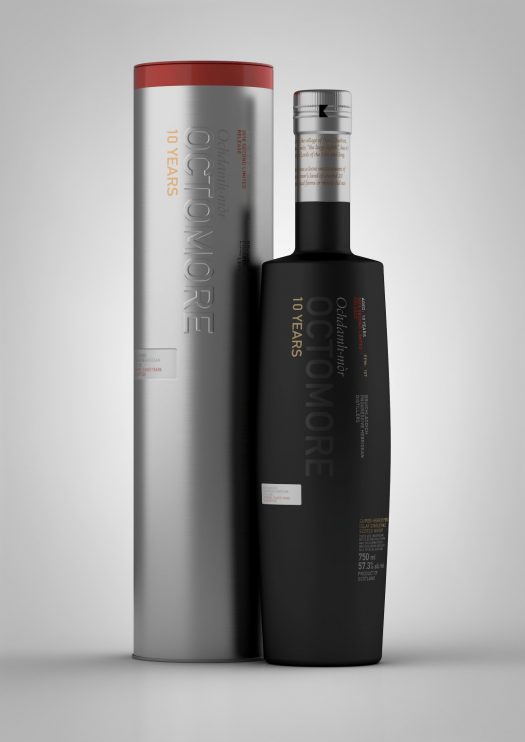 Bruichladdich Octomore 10 Years Old (2017) – You’ll need to look at the fine print to determine that this is from the 2017 edition, but no matter. This release is a 100% Scottish barley edition, aged in full-term bourbon casks (60%) and full-term grenache blanc casks (40%). Peating level is 167ppm. Fans of the Octomores of yesteryear will find this a familiar old friend. The extra age (typical Octomore is about 5 or 6 years old) doesn’t really change this spirit much at all; though perhaps it does serve to better integrate the raw peat with more interesting aromatics, including roasted meats, camphor, and Asian spices. On the palate, the smokiness and sweet notes are integrated well, giving the whisky the impression of a smoky rendition of sweet Sauternes, studded with orange zest and the essence of honey-baked ham. As always, this is fun stuff, though I think some of the younger Octomores are more interesting. 114.6 proof. B+ / $200

Bruichladdich Black Art 5.1 – 24 years old, unpeated. Hannett’s stab at Black Art, per Bruichladdich, plays down the wine barrel influence, which was always a big thing with McEwan and which was effective at keeping drinkers guessing about each whisky’s makeup. I’ve always felt Black Art was a mixed bag, and despite the change in leadership this expression is no different, though the distillery is right that the wine influence is played down. In its stead, the nose offers austerity in the form of wood oil, walnut shells, roasted game, and some dried cherry fruit. The palate offers a respite from some of the wood and meat with light notes of white flowers (I’d wager dry white wine casks play some role here), dried pineapple, plum, golden raisins, and some gentle baking spice notes. The finish is surprisingly malty, with some briny elements. It’s a departure for Black Art, to be sure, and yet it still manages to be weird and, at times, hard to embrace. 96.8 proof. B / $350 [BUY IT NOW FROM CASKERS] 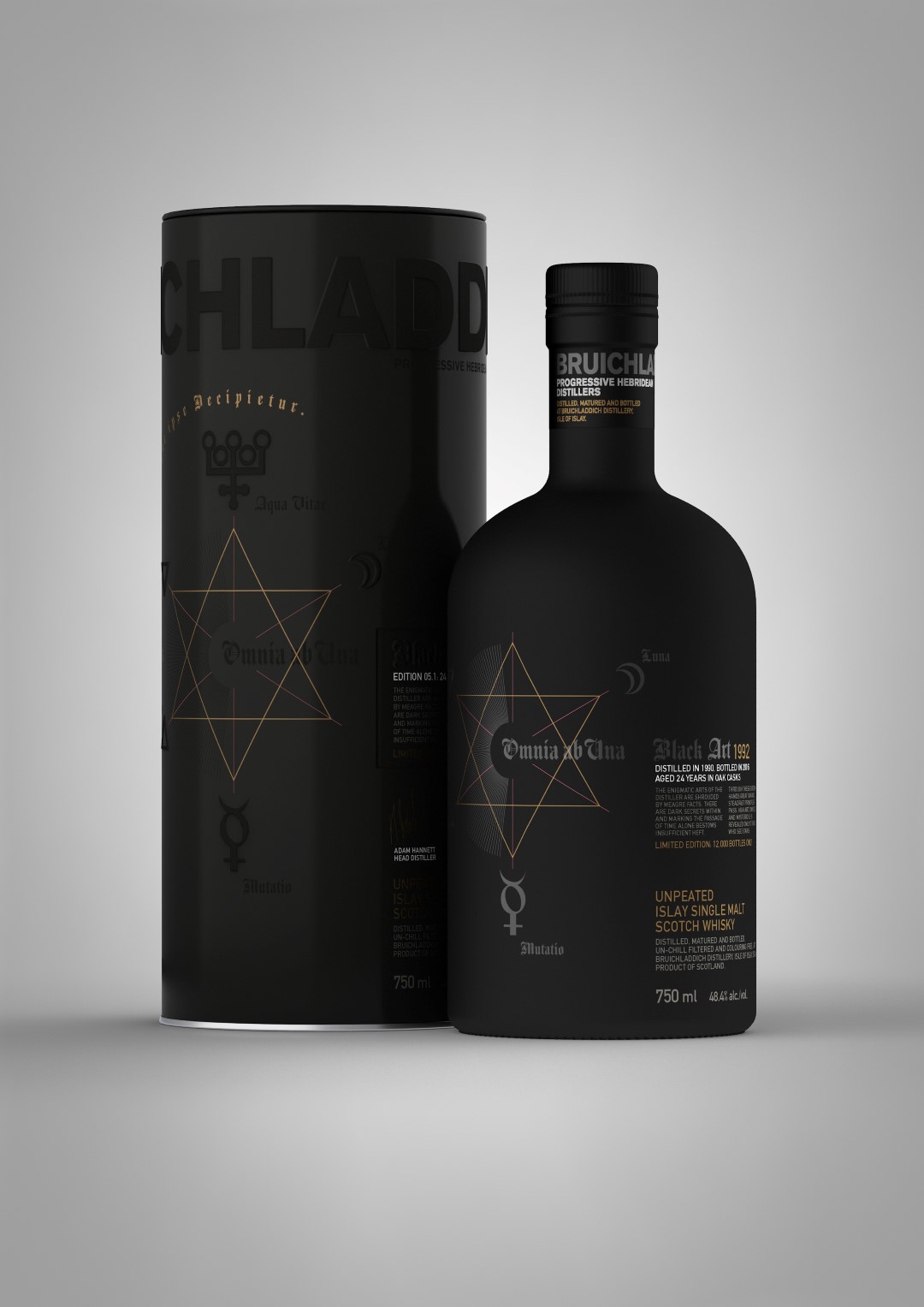