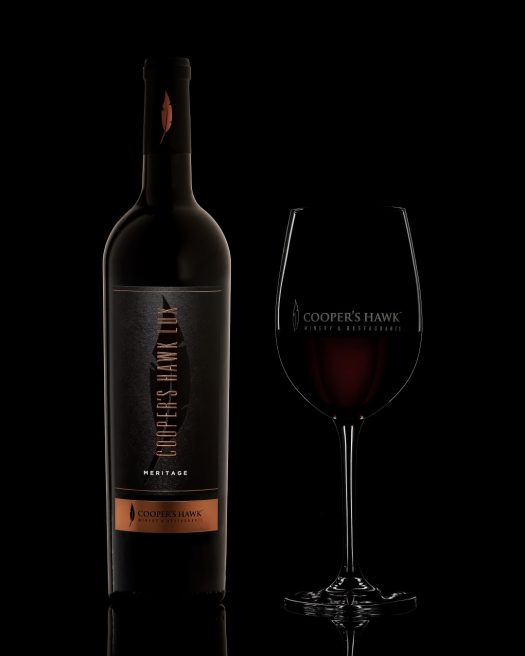 Cooper’s Hawk is a restaurant chain and winery based in Countryside, Illinois, which is a strange place for a vineyard, no? Rest easy then: Cooper’s Hawk trucks in fresh grapes from California, Oregon, and Washington, then crushes and vinifies them in Illinois before bottling. These wines are non-vintage stated, and some don’t even reveal the grape varietals used to make them.

Cooper’s Hawk makes nearly 50 different varieties of wine, and today we look at its top level of wines, Cooper’s Hawk Lux, which come in strikingly dark bottles and wrapped in tissue paper. Can fruit trucked from the west coast and turned into wine near Chicago compete with the local stuff in Cali? We sampled four “Lux” expressions to find out.

NV Cooper’s Hawk Lux Sparkling Wine Brut – A mystery sparkler made from unknown grapes, this is a very dry wine, mostly chardonnay I’d guess, with initially herbal notes that eventually find their way toward notes of lemongrass, green apple, and a touch of pineapple. A pleasant aperitif on the whole. B / $30

NV Cooper’s Hawk Gewurztraminer – (Not part of the Lux series.) This is a semi-sweet style of Gewurztraminer, appropriately fragrant and aromatic with heavily perfumed florals and loaded on the body with the typical overtones of peaches and honey. The sweetness lingers on the finish, but it’s not overdone. The wine is quite a simple bottling, but it pairs nicely with seafood and works just fine as an aperitif. B / $30

NV Cooper’s Hawk Lux Pinot Noir – Fresh berries, some licorice and graphite notes, and a light tobacco undercurrent give the wine a slight funkiness, backed with evergreen and menthol notes, but on the whole this drinks like a lighter style of pinot noir that might as well be from Carneros. If the body had a bit more meat on it — instead of the slightly watery character we see — it’d be a dead ringer for California. B+ / $40

NV Cooper’s Hawk Lux Meritage – A quite dry wine that offers aromas of dark chocolate, chicory, and well-dried currants. The body is dusty and a bit tannic, though again the chocolate and currant notes are at the forefront. The straightforward finish recalls many a Napa cab, but the blackberry-forward finish belies few complexities aside from a hint of vanilla. B+ / $40 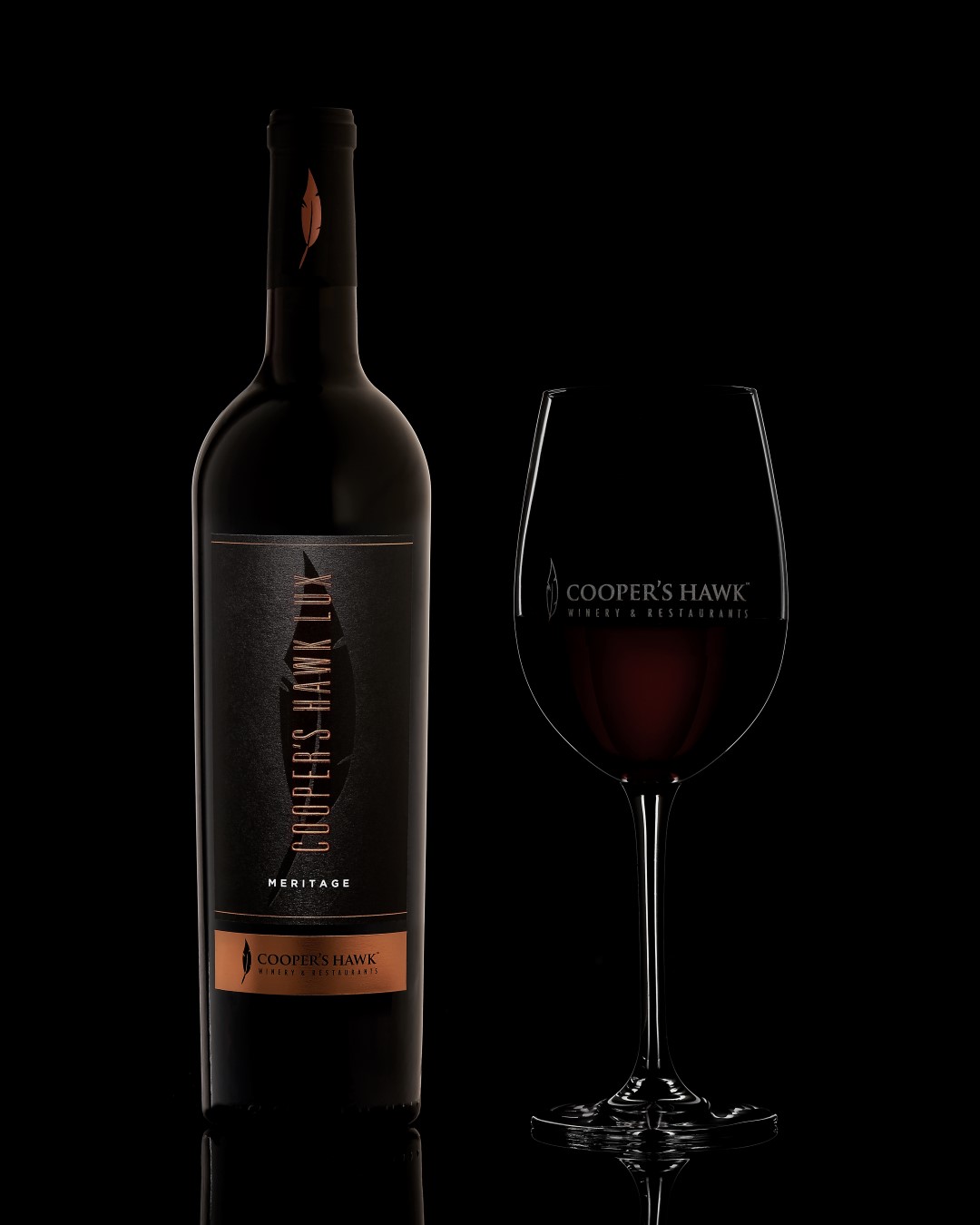