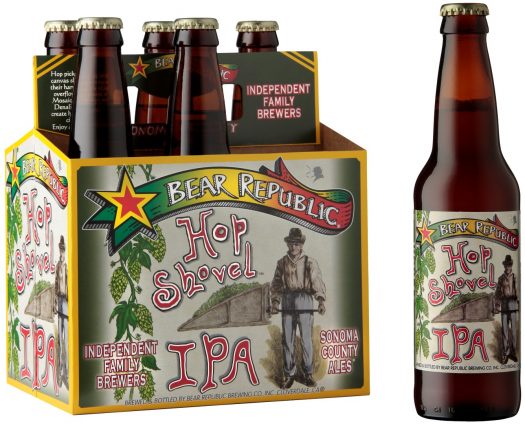 California’s Bear Republic has moved Hop Shovel into the year-round lineup, and is now releasing Cafe Racer 15, formerly only available in 22 oz. bottles, in regular six-packs. Nothing much has really changed with these brews (though this is our first real review of Hop Shovel), but let’s give them fresh looks nonetheless.

Bear Republic Hop Shovel IPA – A wheat and rye hybrid IPA made with Mosaic, Meridian, and Denali hops — and what a combination it is! The beer is beautifully balanced, offering loads of fresh citrus fruit to mellow out the piney evergreen notes that otherwise dominate the beer. A touch of salted caramel elevates the finish and gives it a nuance that IPAs don’t often exhibit. A near-perfect IPA! 7.5% abv. A

Bear Republic Cafe Racer 15 (2017) – The 2017 version of Cafe Racer (see 2014 review here) hasn’t changed much at all, and still offers the bold, chewy, resinous double IPA character that fans of this style adore. A malty attack leads to overtones of orange-laden syrup, hemp rope threads, toasted pine nuts, maple, and green apples. It’s a complex beer that finishes with a mix of cloyingly sweet and intensely bitter — which somehow manages to come off as oddly refreshing. 9.75% abv. A-

each $13 per six pack / bearrepublic.com 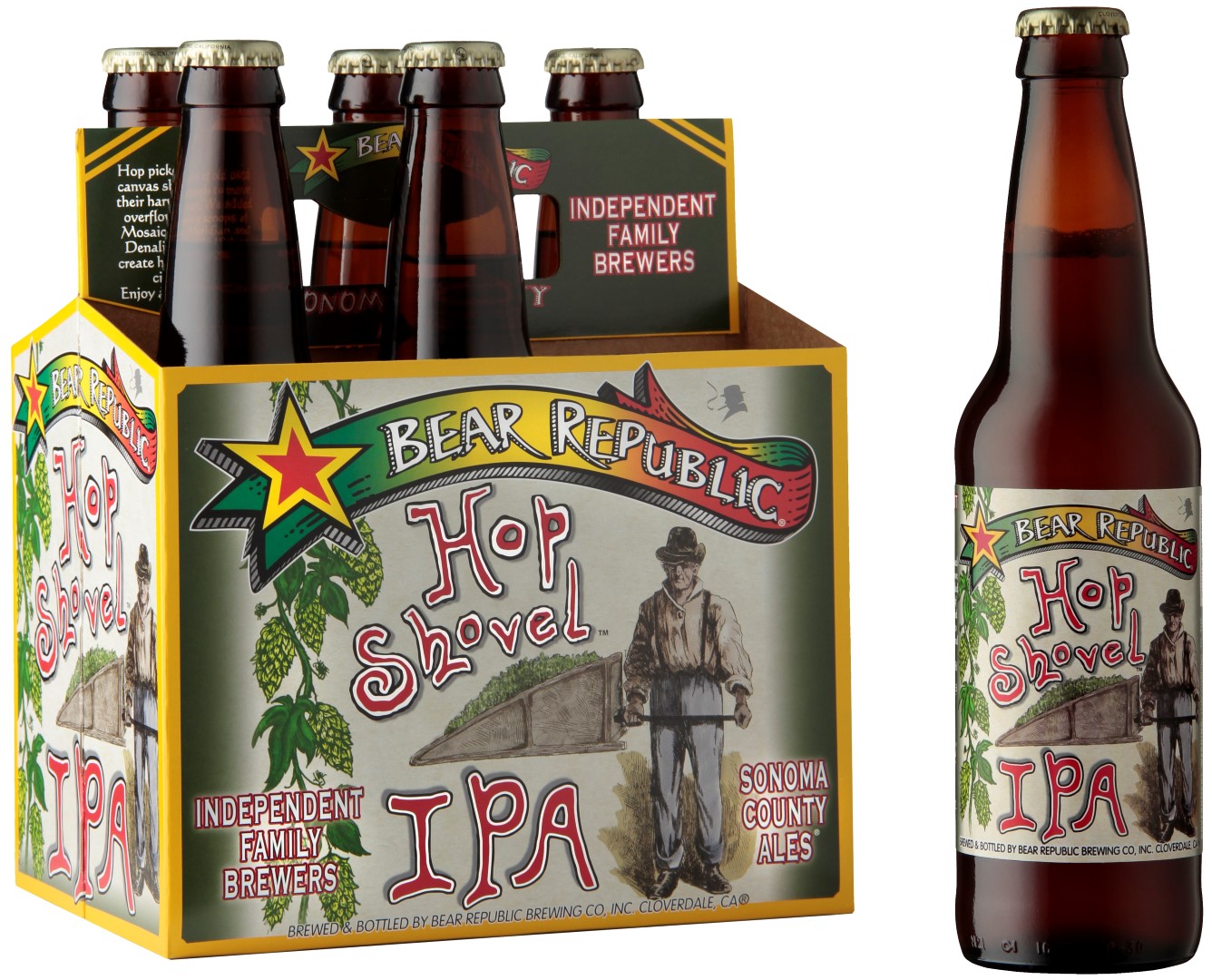