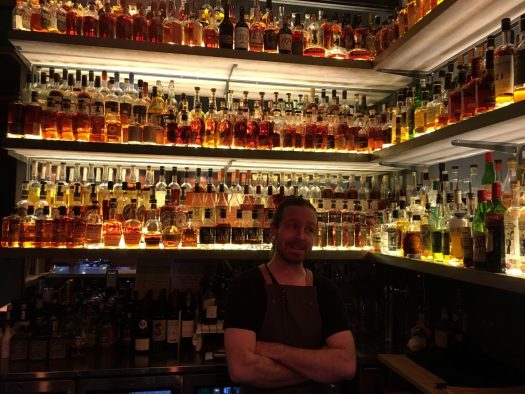 Though barely three years old, The 404 has made a name for itself as one of the pre-eminent dining and drinking spots in Nashville, Tennessee. While you’ll find a real feast for the gourmet on the food menu, it’s the small bar space that Drinkhacker readers will definitely want to check out. Small? Yeah, it has to be small: The whole place is built out of an old metal shipping container, so space is at a premium.

That hasn’t stopped bar manager Damien Breaw from putting together a vast collection of spirits, with a heavy focus on American whiskeys. How heavy? How about seven different bottles of High West’s A Midwinter Nights Dram? At least six Stagg Jr. variations? Every Orphan Barrel out there, and plenty, plenty more. Breaw says the bar has over 370 unique whiskeys on its shelves — by far the most comprehensive in the city of Nashville.

But Breaw, a Bay Area transplant who moved here to get The 404 up and running, is an accomplished mixologist, and the cocktails we tasted — all quite booze-forward, so rest up — are some of the best I’ve ever had.

Breaw started things off with The Mad Hattler, a deceptively simple combination of St. George gin, Kina L’aero D’or (a wormwood-flavored aperitif), and Sauternes. A drink that flows from fresh and herbal to bitter to nutty, earthy, and peppery on the finish, it’s a rare pre-dinner drink that offers incredible depth.

The Georgian Victory is a cocktail that immediately caught my eye, because everything in the ingredient list sounded good. Breaw puts these together with aplomb, counterbalancing a complex mix of Rittenhouse rye, Cynar, Yellow Chartreuse, peach syrup, house-made pecan bitters, and Angostura to produce one of the most beautiful whiskey cocktails I’ve encountered in years. A delight to drink and hard to put down, it was matched only by a serving of 404’s delightful cornbread, made perfect thanks to a crispy and buttery “shell.”

We closed things out by sampling the Apothecary, which is an excellent night-ender, made with WhistlePig barrel aged maple syrup, Green Chartreuse, Underberg bitters, Fernet Branca, and lime juice. That’s a lot of bitters, but by toning them down with the sweetness of the syrup (which is actually made by WhistlePig) and the intense sourness of the lime, what’s left behind is a surprisingly balanced drink that will please both amaro fans and those looking for something a bit less intense.

Before we left, Breaw poured a few of his favorite whiskeys on the shelf, including Act 4.3 of Midwinter Nights and a sample of Woodford Reserve’s recent Brandy Cask Finished Master’s Collection bottling. Both are excellent whiskeys to drink straight, but I don’t think it’s wrong to have wished instead for another go-round with the Georgian Victory. 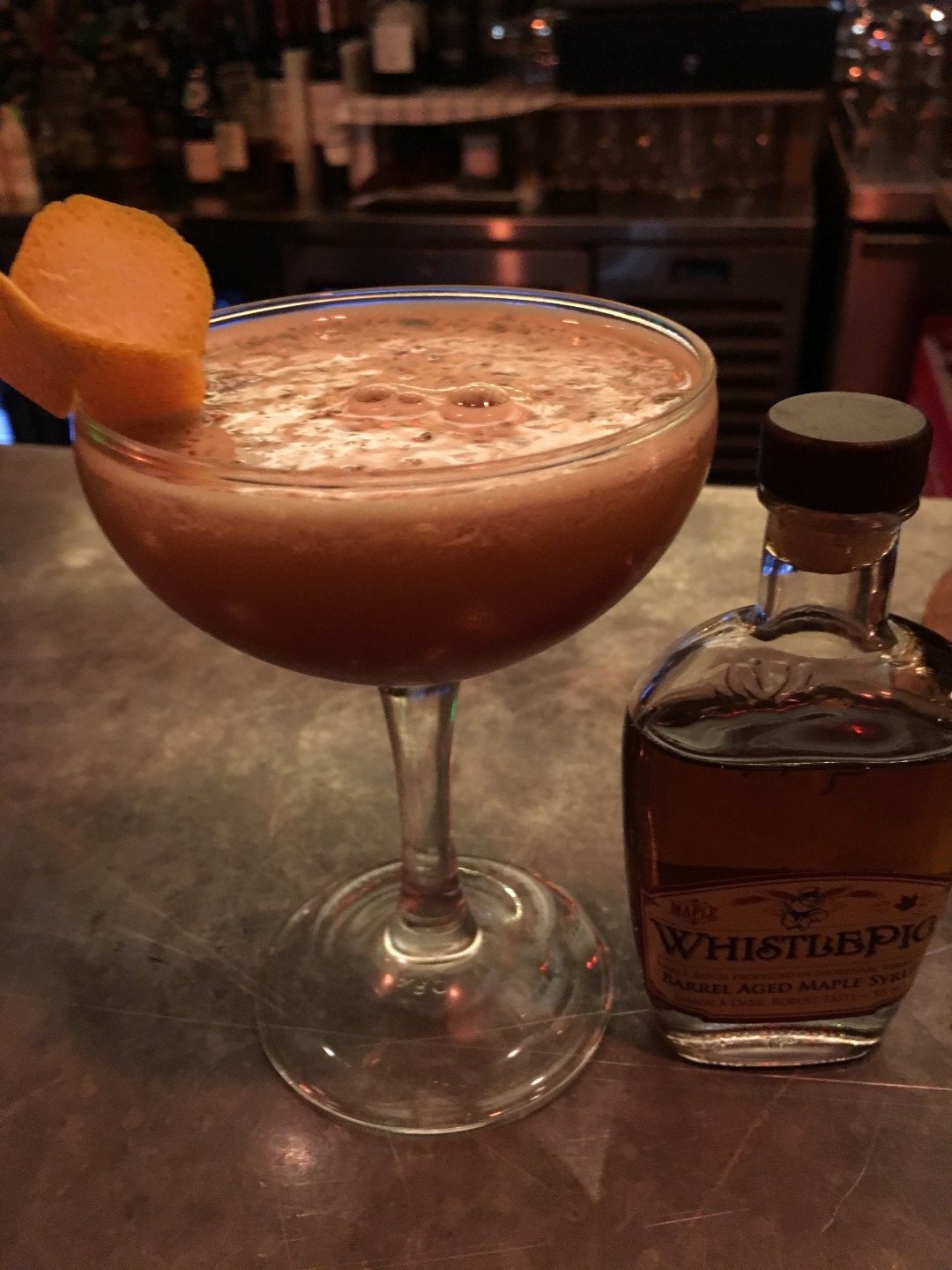