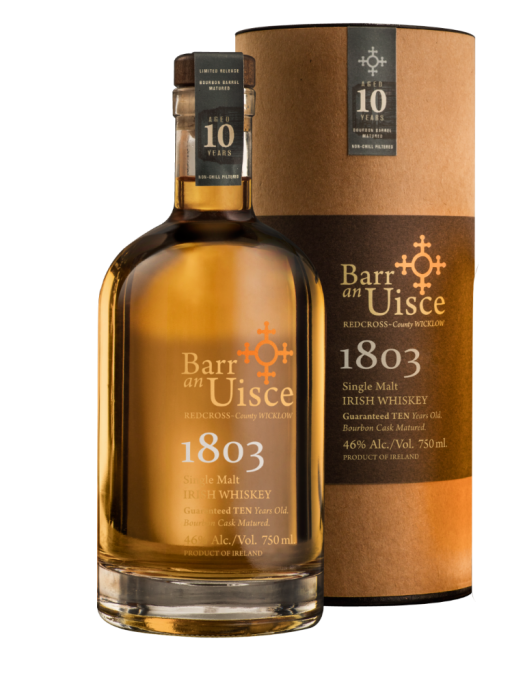 God bless the Irish for unleashing a whiskey brand called “Barr an Uisce” on the unsuspecting world stage. The lessons of Wyborowa Vodka have already been forgotten.

Barr an Uisce (translation: “ over the water”) produces two whiskeys, a grain/malt blend and a single malt with a 10 year old age statement. Launched in 2016, these are (clearly) sourced whiskeys, of unknown provenance.

Barr an Uisce Wicklow Rare Small Batch Blended Irish Whiskey – This is a blend of 80% grain whiskey and 20% 10 year old malt whiskey. It is further matured in first-fill bourbon barrels for four years and finished for six months in Oloroso sherry casks. (Sherry finishing is rare with Irish, oloroso finishing is practically unheard of.) The nose is solid with notes driven by the sherry — orange peel, leather, and dried fruits — with a distinct nuttiness and plenty of floral aromatics backing it up. It’s quite a bit heavier than you expect from the typical Irish, right from the start. On the palate, the whiskey starts with modest notes of honey and vanilla, then filters them through barrel char, some green vegetables, and a slightly sulfured match-head note. The finish is more savory than typical, with a lingering forest floor character. It’s more complex than the typical Irish blend, and it all comes together a whiskey that merits some real consideration. 86 proof. A- / $50 [BUY IT NOW FROM DRIZLY]

Barr an Uisce 1803 Single Malt Irish Whiskey 10 Years Old – This is simply the 10 year old single malt component of the Wicklow blend — just bourbon cask aging, with no finishing in sherry casks. With fewer elements at play, the whiskey is quite a bit simpler. On the nose, notes of baked apples, vanilla, and some wood oil notes. The palate is equally straightforward, offering a leathery, tannic character that eventually gives up a bit of apple fruit, gingerbread, and banana — but it’s all dialed back, held in check by a tannic skeleton and a surprisingly youthful grain-heavy funk. 92 proof. B / $73 [BUY IT NOW FROM DRIZLY] 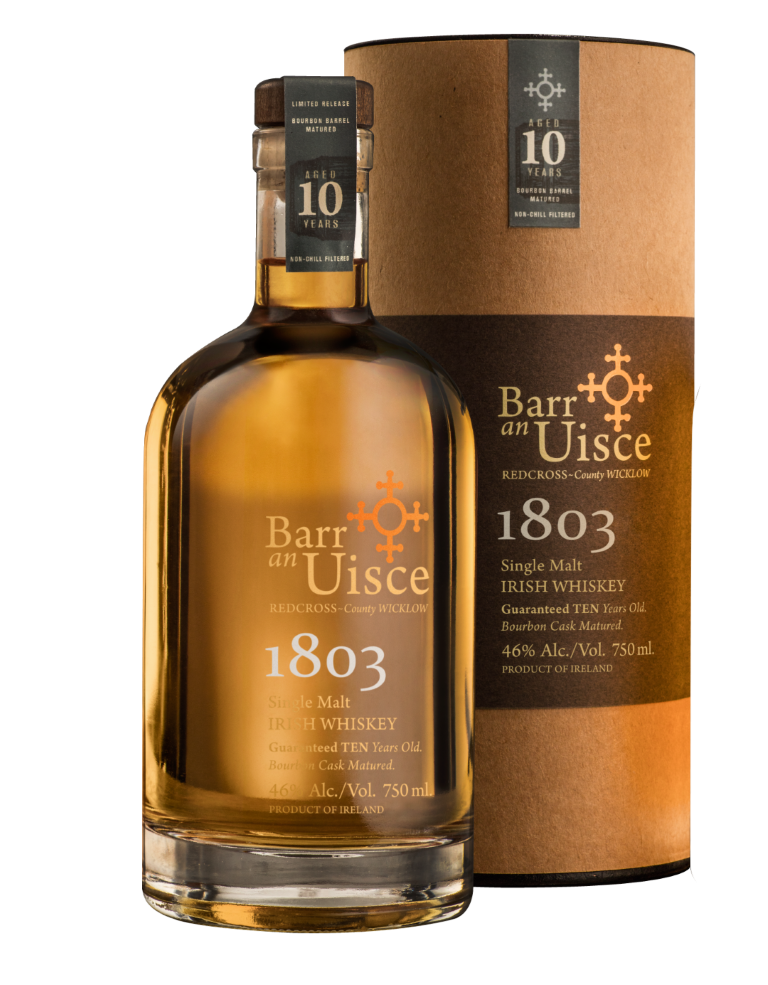