Does Glass Shape Affect the Way a Whiskey Tastes? 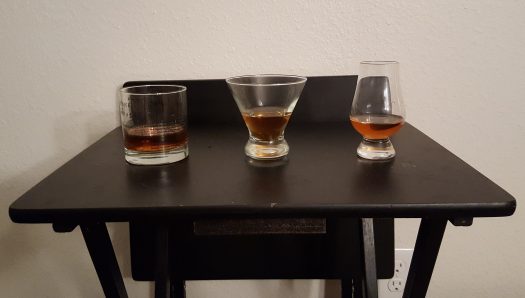 A common question we get here at Drinkhacker is whether glass shape actually matters; does it really change the taste of your drink of choice? In order to get to the bottom of this, we decided to have a small whiskey tasting, to try out a single whiskey in three differently-shaped glasses and see how it fared in each. The whiskey chosen for the experiment was High West’s Yippee Ki-Yay, and the glasses were: an ordinary rocks glass, a stemless cocktail glass, and a Glencairn whisky glass. As you can see above, each glass has a different shape and mouth width, so if glasses really do matter when it comes to taste, we should see (or rather, smell and taste) some differences. Each pour of whiskey was left to sit for 20 minutes to open up in the glass, then nosed and tasted. Feel free to get out a few glasses and try this experiment along with us.

Nose: The first, most overwhelming scent we got from the rocks glass was ethanol fumes. The alcohol was in full force and pretty much drowned out anything else that might be lurking underneath, though a light undercurrent of butterscotch could be found hidden under all that alcohol. Given more time, some of this likely would have burned off, but after 20 minutes it was still overpowering.

Palate: The fumes are still there and still strong, though there are some savory notes hidden underneath. A taste of olives, lumberyard wood, and a little salt all floated to the tongue, but it was still hard to get through that initial blaze. Yippee Ki-Yay isn’t especially high in alcohol content, but the glass really amplified the alcohol that was there.

Nose: The nose on the cocktail glass was much more alluring than what we got from the rocks glass. Typical whiskey butterscotch and caramel, along with a light floral scent, likely from the vermouth barrels used to finish the whiskey. If we were blindfolded, this would have come across as a totally different whiskey than the one in the rocks glass.

Palate: The savory notes found in the rocks glass are still there, but much more pronounced without all that alcohol keeping them held down. Salt and balsamic, fresh olives, bitter amaro, and some black coffee. Yippee Ki-Yay is wearing that vermouth barrel on its sleeve, because in the cocktail glass this drinks like a unique aperitif.

Nose: Surprisingly, the traditional whiskey notes from the cocktail glass were mostly gone. They were replaced by cloves, cinnamon, and above all else, coffee. In the Glencairn glass, the whiskey comes across like a spiced black coffee, unique for a whiskey. Our initial thought was that the Glencairn glass’s narrow mouth might keep the fumes trapped like the rocks glass, but after 20 minutes that didn’t seem to be the case.

Palate: The palate bears out what the nose promised, with a rich black coffee rush, though it’s tempered by the same vermouth notes that the cocktail glass offered. The amaro notes are more pronounced when blended with the coffee, which give Yippee Ki-Yay a more bitter taste than in the cocktail glass.

So what does all this mean? Clearly glass shape impacts taste quite a bit, but why? A lot of it has to do with the shape of the mouth of the glass: the Glencairn especially is built almost like a wine glass, and when you take a drink, you can’t help but get your nose right in the glass, which will amplify what your tastebuds are getting. The straight sides of the rocks glass leave nowhere for the fumes to go, so it takes longer for them to burn off, whereas the wide mouth of the cocktail glass will let you get underneath the alcohol much more quickly. The wide mouth helps get your nose in the right position as well, much like the Glencairn glass.

So there you have it, a brief but hopefully informative foray into what those innocuous glasses can do to your favorite tipple. If you try this experiment yourself, let us know in the comments how it goes! 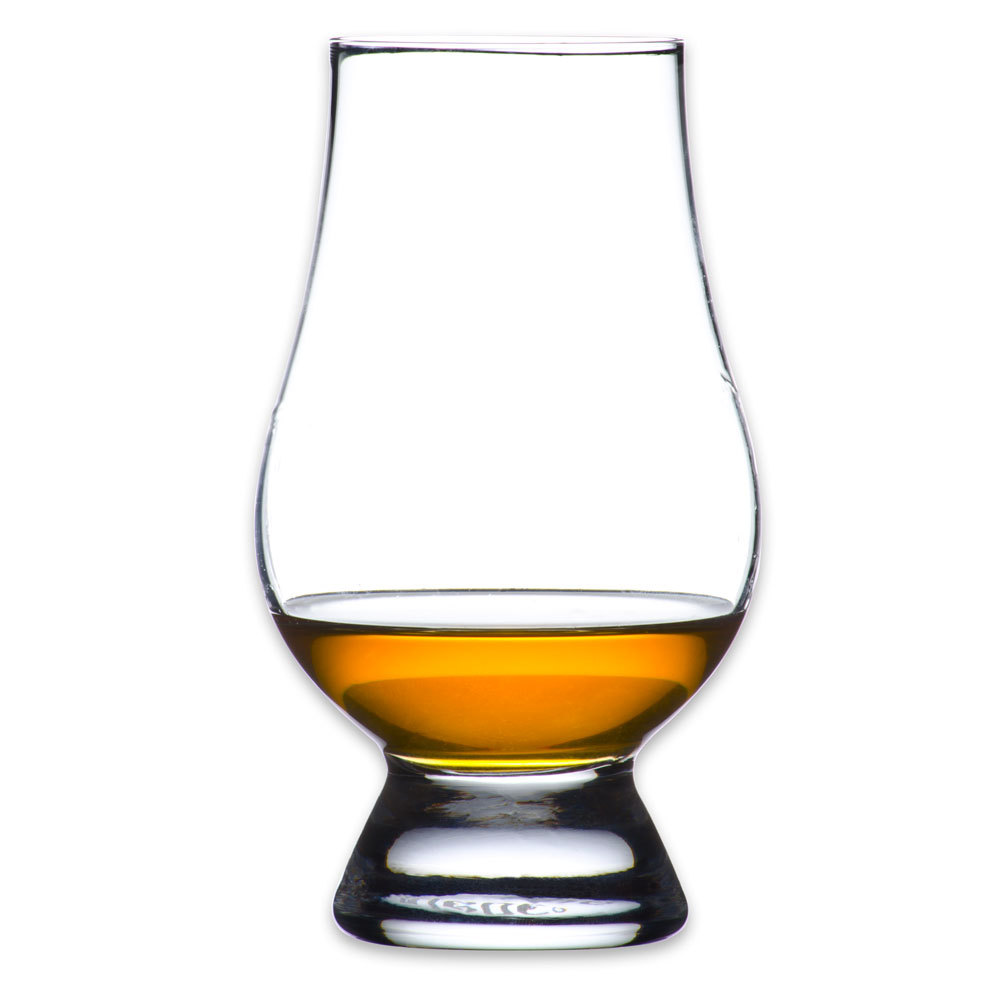 Should You Let Your Whisky Breathe?