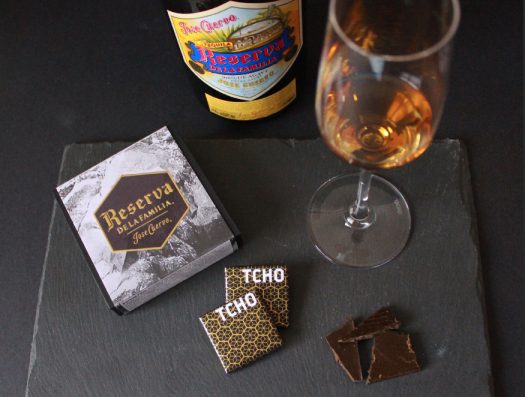 Chocolate and spirits frequently make for natural companions, but rarely does anyone put much thought into elevating this combination into something special. Tcho turned the tables on that idea with this wild pairing: Tcho dark chocolates plus Cuervo’s luxe Reserva de la Familia bottling. Specifically, Tcho soaks cacao nibs in Jose Cuervo Reserva de la Familia extra añejo tequila for three months, then folds the tequila-soaked nibs into dark chocolate, then packages them up as a 12-pack of single-serving squares.

It takes eating a few squares before you get a real sense of the tequila here, and even then it’s fleeting. There’s a hint of acidity, vanilla, and spice right as you bite into the chocolate, and on the finish a lingering echo of agave. It’s faint, but if you really work at it, you’ll catch the essence — and get what Tcho and Cuervo were going for. In between, it’s a beautiful dark chocolate with those crunchy cacao nibs to gnash on, which have a toasty, roasted almond character.

Delightful, and not really at all what I was expecting. 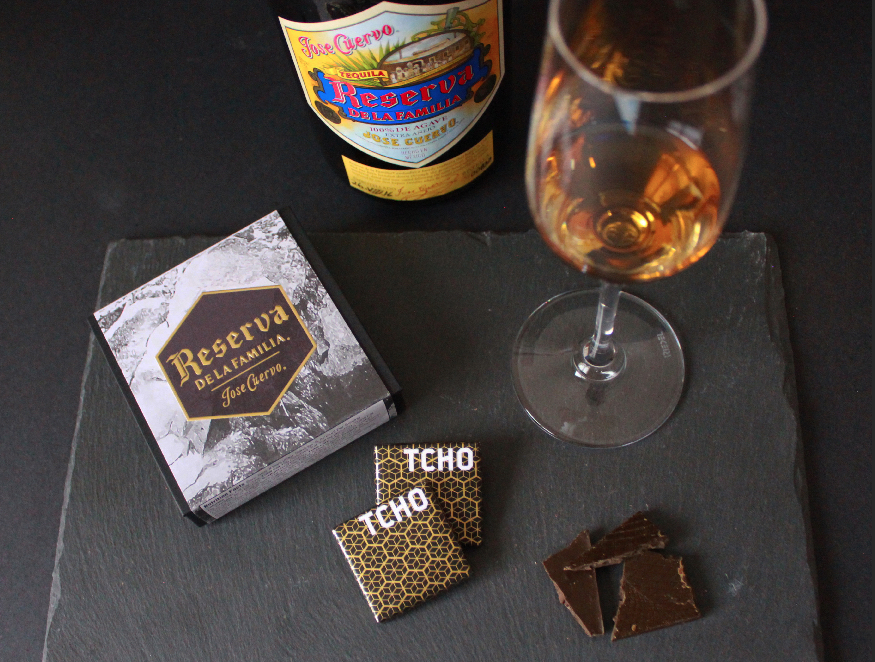