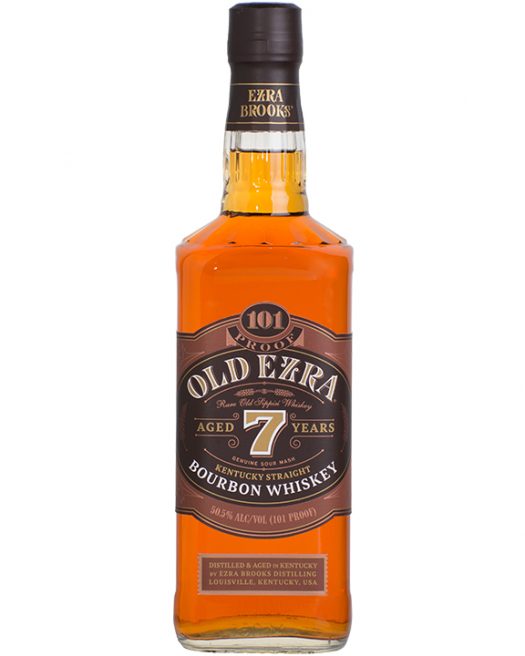 Luxco has been behind several popular bourbon releases recently, including Blood Oath (Pact No. 1 and Pact No. 2) and Rebel Yell Single Barrel 10 Years Old. Luxco’s lesser-known Ezra Brooks line, of which Old Ezra is a part, is also quality bourbon for the price point, but before I get into what’s inside the bottle a note about some interesting things on the outside.

Old Ezra has no shortage of graffiti on its label, from “Rare Old Sippin’ Whiskey” to the unnecessary “Genuine Sour Mash” (almost all bourbons are sour mash). The presence of those statements, along with the square bottle and the number seven (denoting its age), are enduring reminders of attempts by the brand’s founders to cut into Jack Daniel’s market share in the 1960s. However, the statement “Charcoal Mellowed” tucked onto the side of the label deserves some clarification.

The kind of “charcoal mellowing” in Old Ezra is actually just a component of chill filtration which involves the use of a small amount of activated charcoal to filter the aged whiskey before bottling. It’s a process typical of most bourbon. In fact, the former Old Ezra label (only recently replaced) advertised “Charcoal Filtered” instead. This is not the same as the famous Lincoln County Process of charcoal filtering used by Jack Daniel’s (or George Dickel, for that matter), which involves filtering new make whiskey through large amounts of sugar maple charcoal before aging.

Even more interesting, the newest packaging for Old Ezra includes the statement: “Distilled and Aged in Kentucky by Ezra Brooks Distilling.” Luxco, however, only began building its first distillery last year in Bardstown, Kentucky. So how are they producing seven-year-old bourbon? With help from renowned whiskey writer Chuck Cowdery, I discovered that, like Ezra Brooks Black Label, Old Ezra is produced by a Kentucky distiller (most likely Heaven Hill Distilleries) which has registered a “doing business as” (DBA) with Ezra Brooks, making the statement technically true, if somewhat misleading.

The bourbon inside the Old Ezra bottle is actually quite good and pleasantly straightforward. The nose is soft for 101 proof, full of sweet vanilla and oak with faint notes of cloves and black pepper. Light on the palate, it’s dominated by vanilla with layers of turbinado sugar and butterscotch. The finish is a medium length with notes of cinnamon red hots and a nice residual heat, which is the only real evidence of its higher proof.

For only a slight price increase, Old Ezra provides more complexity and depth of flavor than the other lower proof, lower shelf Ezra Brooks expression. It’s a very enjoyable, if still simple, sipping whiskey with the bonus of offering plenty of reading material on the label! 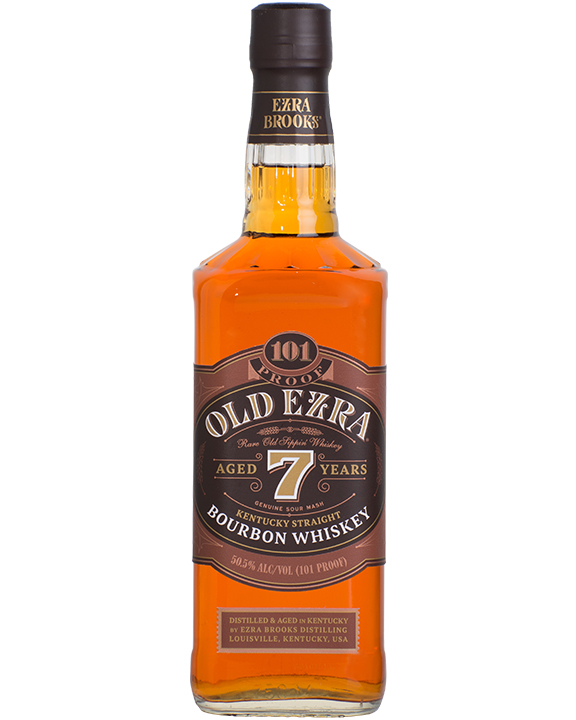