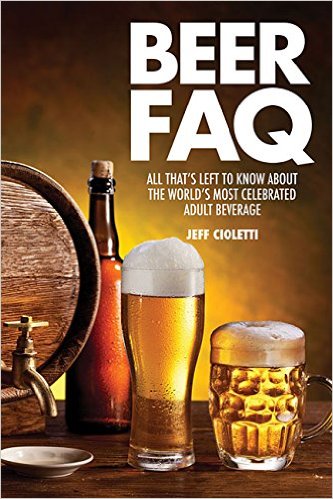 The tagline promises this book will tell us “All that’s left to know about the world’s most celebrated adult beverage.”

Based on the number of beer books I’ve read over the years, there can’t be much. But somehow writer Jeff Cioletti fills over 370 pages with this wisdom. The tagline is a bit of a misnomer — Beer FAQ is part of a FAQ series, which is sort of an upscale “for Dummies” series, published by Backbeat Books. There are FAQ books on soccer, on Seinfeld, and on A Chorus Line. Now there is one on beer.

Cioletti’s book is a bit of a rambler, super-dense with everything there is to say about beermaking, regional styles, and the history of brewing. Craft brewers and the big guys are both given equal time, and there are even sections on beer festivals, beer glassware, and even top beer bars around the world. There’s a section on how beer distribution works. There’s even a chapter on movies in which beer features prominently.

Now I can’t imagine that “What movies can I watch where they drink beer?” is a question asked with any kind of regularity, but if it’s something you’ve been wondering about, well, Cioletti’s got a pretty decent list for you to check out. You can read all about it in between enquiries into the evolution of beer packaging and diversions into discussions of Scandinavian brewmaking. 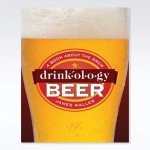