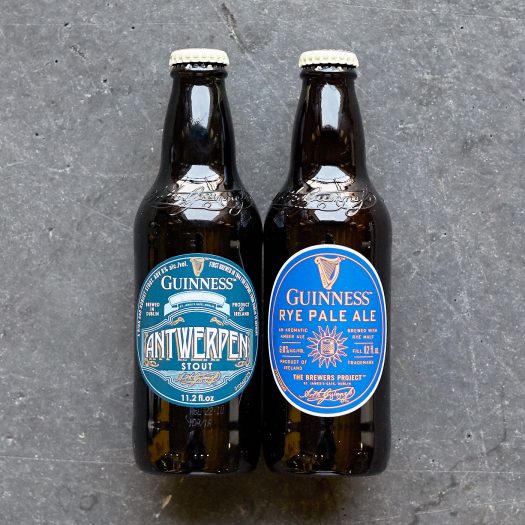 Guinness is back at it, with two new limited line extensions that further distance it from its best-known product. Both part of its skunkworks “Brewers Project,” the beers launched at the end of 2016.

Guinness Rye Pale Ale – A pale ale made with Mosaic and Cascade hops, plus rye. Originally brewed for Guinness’s Open Gate Brewery in Dublin, it was reportedly such a hit that it merited a broader release into the market. The rye and more traditional bittering agents make for a fun mashup, giving some gravity and weight to a moderately hoppy intro. While citrus peel is more evident, it’s light on the piney resin notes, showcasing notes of mushroom, cedar planks, and leather on the finish. A nice diversion. 5% abv. B+

Guinness Antwerpen Stout – Previously only available in Belgium, where it is known as Guinness Special Export, Antwerpen Stout was first brewed here in 1944 and has never before been made in the U.S. While one should not confuse this with the somewhat different Guinness Foreign Extra, they drink with some similarities. Antwerpan Stout is carbonated (not nitrogenated) drinks as a fruit-forward beer, moderately hoppy but featuring layered notes of roasted coffee, licorice, raisin, and cloves. It’s all surprisingly well balanced, with a lasting, lightly spicy finish that echoes the coffee and clove notes the strongest. Worth looking into. 8% abv. B+ 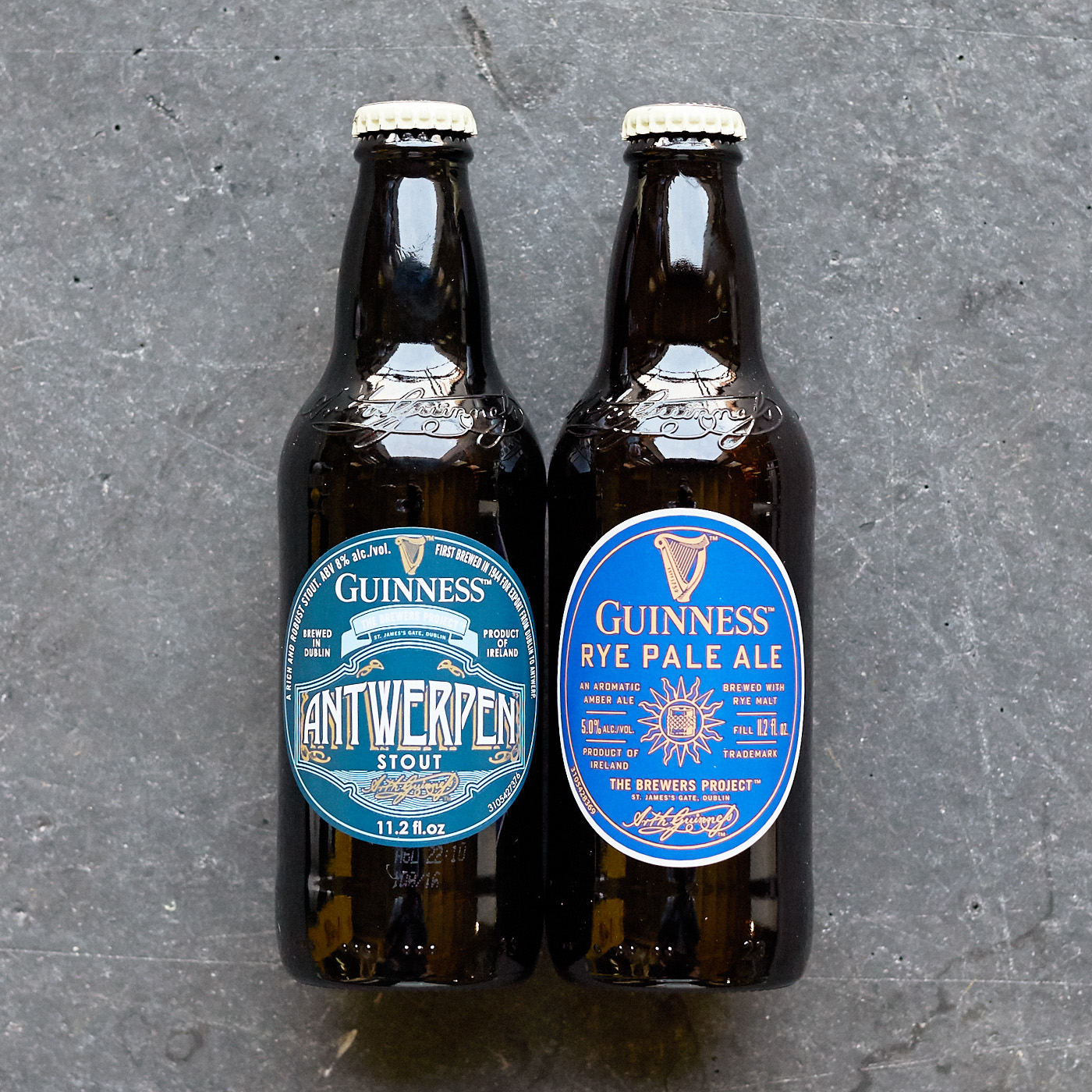