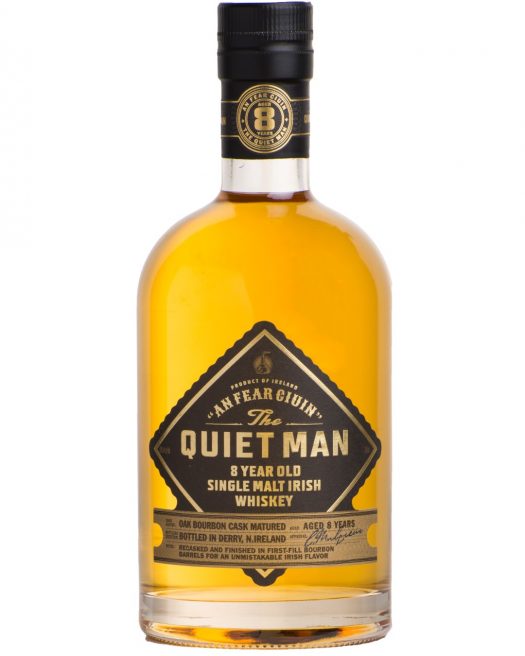 Now that I am making my own whiskey, I am naming it after my father. As a bartender he saw a lot of things and heard a lot of stories, but like all good bartenders, he was true to his code and told no tales. My father, John Mulgrew, “The Quiet Man”, or as they say in Ireland “An Fear Ciuin.”

Imported by Luxco, two expressions are available at present, a relatively standard blend and a single malt with an 8 year old age statement. Thoughts on each follow.

The Quiet Man Traditional Irish Whiskey – Triple-distilled pot still whiskey of an undisclosed mashbill, matured in bourbon barrels. This is a light but fresh and fragrant whiskey, with a brisk nose that’s heavy on lemon and honey. Light heather notes add a hint of earthy aromas. The palate follows largely in lockstep, a lightly sweet and gentle whiskey that keeps its focus on lightly sugared grains, a quick zesting of lemon peel, and a subtle but developing vanilla-chocolate note on the finish. Again, the overall experience is very light and brisk, but totally in line with what we’ve come to expect from Irish whiskey — an easygoing but not entirely complicated drinking experience. B+ / $33

The Quiet Man Single Malt 8 Years Old Irish Whiskey – Again, triple distilled pot still whiskey, but here it’s all malted barley. Also aged in first-fill bourbon barrels. This single malt still drinks with the exuberance of youth while avoiding coming across as specifically young. On the nose, heavier notes of honey, some orange peel, and a smattering of flowers give the whiskey immediate appeal. The body showcases considerable depth and power, offering an unctuous, mouth-filling grip that leads to a rich palate of toasty grains, caramel sauce, milk chocolate, and baking spice. The finish plays up the wood and toasted grain notes, which can get a little blunt at times (at 12 years, this whiskey would probably be a knockout), but even though it’s hanging on to its youth, it does manage to take its traditional Irish character and elevate it with a surprising density that many Irish whiskeys seem to lack. A- / $40  [BUY IT NOW FROM CASKERS] 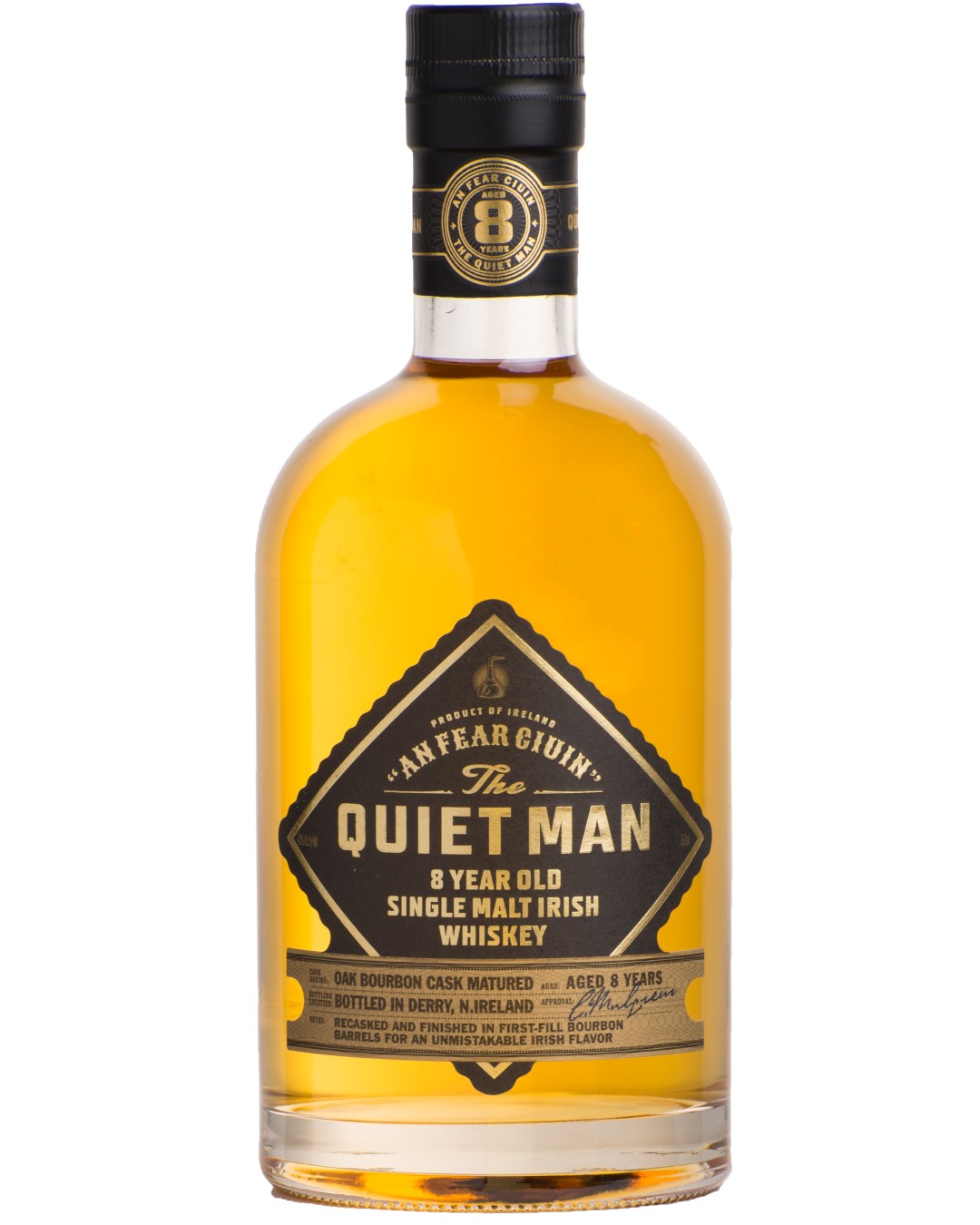