Tempranillo is the star of Spain’s Rioja region, but it is also grown internationally, including right here in the U.S. Today we look at six tempranillo wines from five different regions to see how terroir can affect the wine — though you’ll note that many are blended with other grapes, with graciano particularly popular. (Graciano is another Rioja native that is commonly blended into tempranillo wines around the world.)

While you consider the importance of graciano from a viticultural perspective, sip on one of these…

2013 (Lot #013) Vara Tinto Especial Tempranillo – From the Santa Maria Valley. 75% tempranillo, 13% grenache, 9% syrah, 3% graciano. From the color alone, it’s a thin wine, extremely so. There are interesting notes on the palate, though, including red berries which meld with brisk orange zest, notes of sandalwood, and just a touch of currants on the back end. As summery a red wine as you’ll find. Sorry that it’s December. B+ / $12

2009 Bodegas Paso Robles Solea Central Coast – Despite the name of the winery, this is a Central Coast bottling. 86% tempranillo, 14% graciano. A lush wine, loaded up with a big and juicy currant character, with lighter notes of licorice and cloves backing up the heavy fruit up front. The finish seems plum and some orange peel notes, the latter particularly giving the wine a bit of a lift. Well done. A- / $35

2014 Castoro Cellars Tempranillo Whale Rock Vineyard – From Paso Robles. A mainstream wine, with big notes of plums and ripe cherries, the lush body leads to a berry-scented finish that hangs on the palate for quite awhile. Some tannin is evident, with a touch of balsamic detectable, but the finish remains heavy on the fruit. B+ / $30

2014 Berryessa Gap Tempranillo – From Yolo County. This is a drier style of tempranillo, a bit dusty, its mild berry core coated with notes of licorice and clove oil. Some olive notes and dried plum notes add intrigue, but a slightly sour edge calls out for a robust food pairing. B- / $18

2012 Matchbook Tempranillo Dunnigan Hills – 84% tempranillo, 8% graciano, 8% petit verdot. Another Yolo County wine, this one showcasing a bigger body and a bit more fruit — heavy with raspberry and strawberry particularly. Balsamic notes are the connecting thread between the two wines, though here they make a stronger showing, particularly late in the game. There’s also a candy licorice (not at all salty or bitter) on the finish. Again, the wine shows how food-friendly tempranillo can be. B / $15

2013 Becker Vineyards Tempranillo Reserve Texas – While no one was looking, Texas has become a hotbed of tempranillo production. This Hill Country producer’s is unorthodox and stands apart from the rest of the wines in this roundup thanks to significant brown sugar, cinnamon, and brown butter notes, which give the wine a lightness and liveliness that the other wines in the field don’t have. That’s a good and a bad thing, as it makes for a somewhat less “serious” wine that lacks body and offers a gummy yet thin finish, but it does show a whole other side of the grape. C / $25 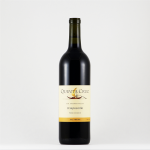