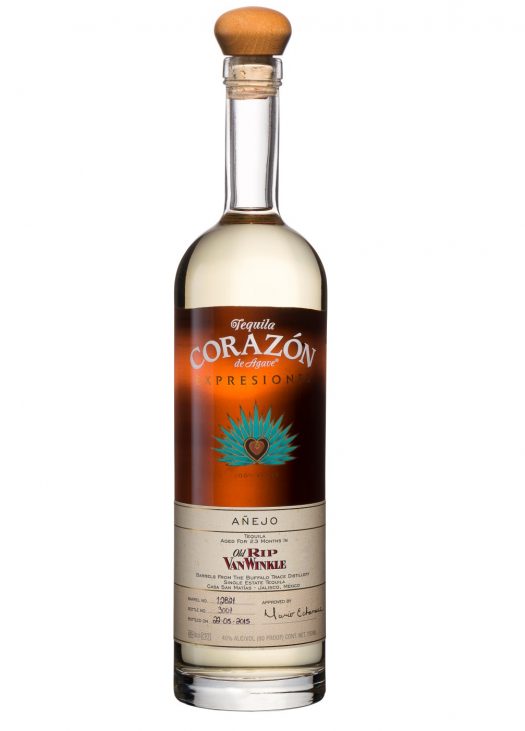 For a few years now, Corazón Tequila has been releasing special, limited editions of its tequila under the name Expresiones del Corazón. The idea? Age tequila in barrels that used to hold some of the most prized whiskeys from Buffalo Trace Distillery. This year’s release includes the usual blanco, plus tequilas aged in Buffalo Trace, Thomas H. Handy Sazerac (new to the lineup), and Old Rip Van Winkle barrels. (To compare, check out the 2015 and 2013 releases of these tequilas.)

Expresiones del Corazon Artisanal Edition Small-Batch Distilled Blanco – Unaged tequila (rested for 60 days in stainless steel), this is the base for what’s in the barrel-aged expressions that follow. The nose offers gentle herbs along with a detectable sweetness, plus notes of white pepper and lemon peel, a fairly complex introduction. On the palate, lemon-dusted sugar kicks things off, backed by notes of light agave and some forest floor character. It’s a blanco that’s on the soft side, but it’s also lively, sweet, and quite harmonious. On the whole, it’s a fresh and versatile blanco that comes together well without overly complicating the formula. B+ / $60 [BUY IT NOW FROM DRIZLY]

Expresiones del Corazon Buffalo Trace Reposado – Aged 10 and-a-half months in Buffalo Trace bourbon barrels. Light and fragrant on the nose, with some butterscotch and ample vanilla notes. The body is also quite light considering the time spent in barrel, but pleasantly laced with milk chocolate and vanilla caramel before notes of black pepper and gentle agave make their way to the fore. The finish has a bit more oomph than in previous years, making this the best expression of the Buffalo Trace Reposado I’ve encountered to date. A- / $70

Expresiones del Corazon Thomas H. Handy Anejo – Aged 19 months in Thomas H. Handy Sazerac whiskey barrels. On par with the color of the Reposado above. Lots of red pepper on the nose, with very heavy herbal notes of thyme and rosemary. The body is a surprising bit of a blazer, again with red pepper and spice — think cinnamon red hots — paving the way for notes of burnt caramel, dark chocolate, and smoldering embers of a wood fire. Fun stuff, and wholly unexpected given the general gentleness of the series. The official tasting notes say only that this tequila has “a light, sweet taste,” which could not be more wrong. Very limited quantities. A- / $80 [BUY IT NOW FROM CASKERS]

Expresiones del Corazon Old Rip Van Winkle Anejo – Aged in Pappy Van Winkle Bourbon barrels for 23 months. As with prior renditions, this is extremely light in color. A nutty tequila, with notes of marzipan alongside the butterscotch and vanilla. It’s light on the agave, but it’s there. On the palate, there’s a peppery start that quickly segues into vanilla and caramel notes — the two sides play off one another quite beautifully — before finishing with a bit of an herbal lick. This is a nicely rounded tequila that offers both great balance and more complexity than you’d think. A- / $80 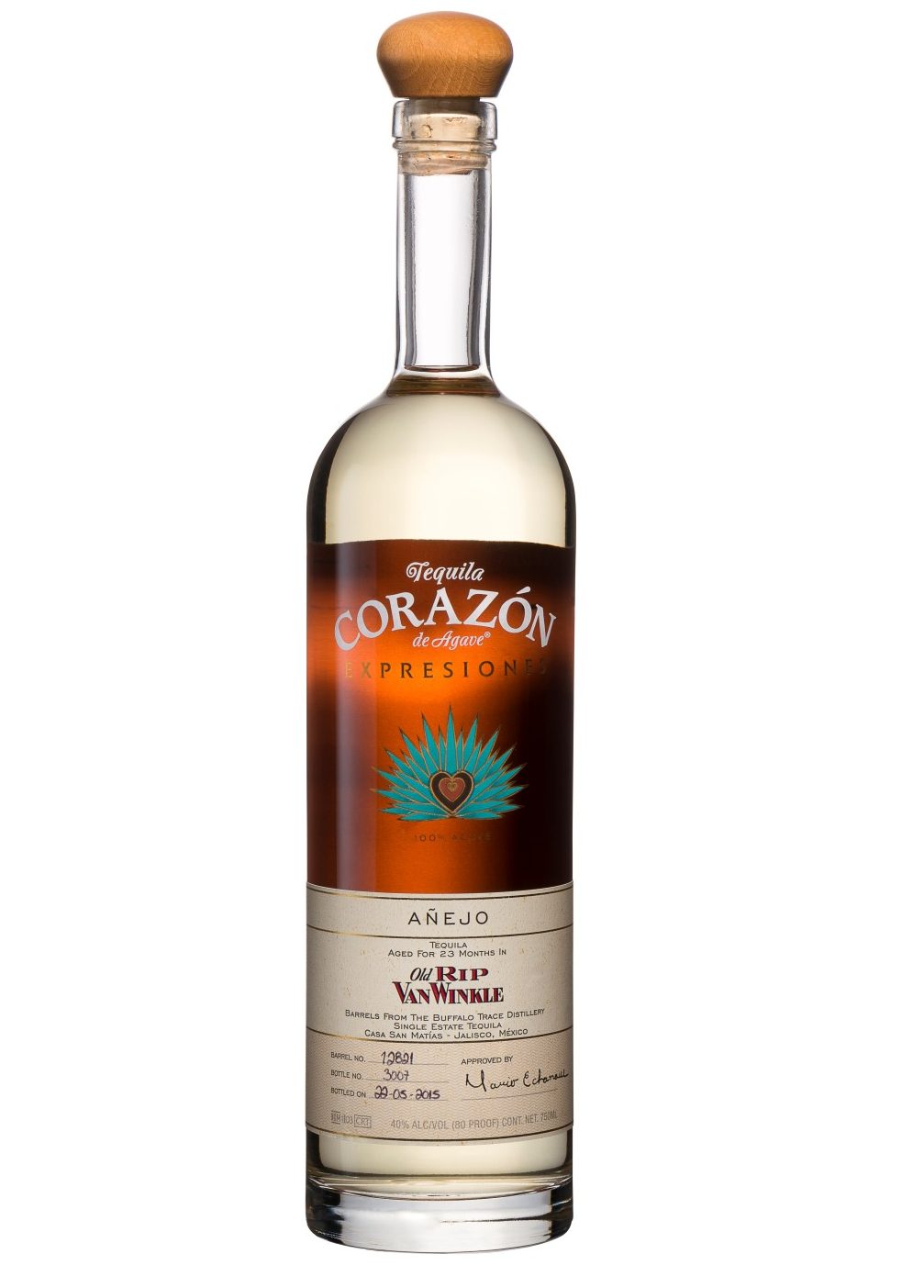