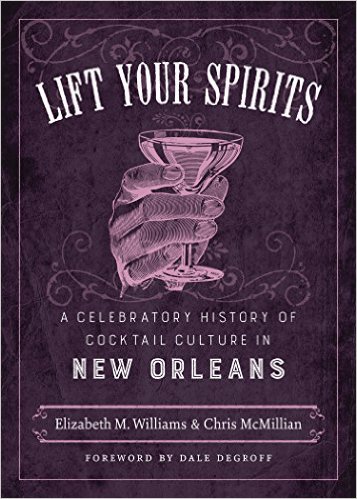 Chris McMillian is one of the proprietors of New Orleans’ Museum of the American Cocktail, and with this book, he and writer Elizabeth M. Williams take a walking tour through the city and through time, to showcase where New Orleans’ essential libations came from.

The book pulls no punches because it doesn’t throw any. It’s a straightforward, textbook-like history of NoLa cocktailing that places all its classic libations and establishments at the head of the class. The history of the Ramos gin fizz, the Sazerac, and the Hurricane are all laid out with the excitement of an encyclopedia entry. (Though there’s no love for — or mention of — the Grasshopper.)

What’s worse is that the sad current state of cocktails like the Hurricane is never even hinted at, and an excited New Orleans first-timer could be completely forgiven if he went to Pat O’Brien’s with the expectation that he would be drinking something akin to one of the two recipes for the Hurricane provided in the book. (He would actually be drinking little more than a sort of alcoholic Kool-Aid.)

The Hurricane aside, Lift Your Spirits lacks any real excitement — excitement which you’ll find on every corner in this storied city. I can’t fault Williams and McMillian on the facts — they’ve unearthed them all — it’s the writing that just lands with a thud, perhaps because the subject they are covering is simply too near and dear.

I’ve long heard stories that for New Orleans natives, pride runs exceptionally deep, to the point where a negative word is never uttered about local establishments no matter what — particularly the major landmarks. I had dismissed that as conjecture and rumor, but Life Your Spirits doesn’t really do anything to dispel that theory. I guess it’s right there in the title, after all: This is meant to be a celebratory history of NoLa cocktails, not a particularly insightful one.

Lift Your Spirits: A Celebratory History of Cocktail Culture in New Orleans 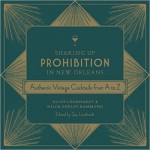