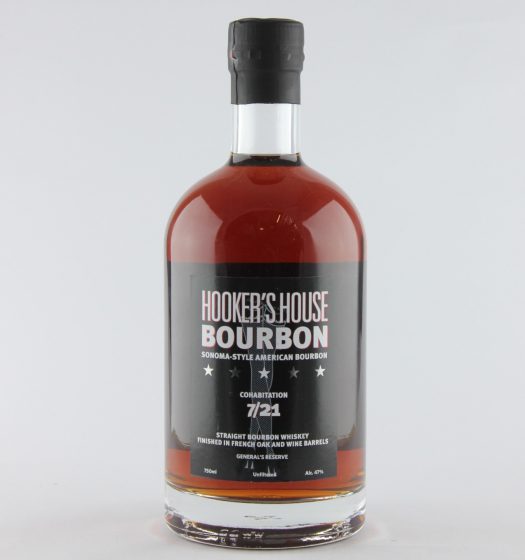 Prohibition Spirits in Sonoma, California is the producer of Hooker’s House whiskey, a line which began with a bourbon and has exploded since then. Today we look at three new bottlings, plus take a fresh look at the company’s rye.

As always, Hooker’s House sources its product from MGP, but all expressions are finished in California, sometimes aggressively and for many years. Let’s dig in.

Hooker’s House Bourbon Cohabitation 7/21 – A solera-style blend of straight bourbon aged in American and French oak, with barrels ranging from 7 to 21 years old. Surprisingly, there’s lots of fruit here, both cherries and orange peel strong on a nose that otherwise offers a fair amount of toasty wood influence. Some mint emerges with a bit of time, as well. On the palate, things follow along as expected. The fruit remains impressive, particularly the cherry character that melds enticingly with notes of eucalyptus, more orange peel, and some cloves. The finish is fairly wood-heavy, a bit ashy at times, but nothing to get worked up about. Rather, it’s a reasonably gentle reminder of the hefty amount of time this bourbon (at least some of it) has spent in barrel, and a badge proving it has come through that ordeal for the better. 94 proof. A / $95

Hooker’s House Epicenter Magnitude 6.0 – This is bottled from high-rye bourbon barrels that were aging in Hooker’s House warehouses during a 6.0 earthquake that Sonoma experienced in 2014. The epicenter of the quake was just three miles away. “Micro-vibrated,” per the label, the whiskey experience 500 aftershocks in the months that followed. No age statement is offered, but the nose indicates mid-range maturity with lingering cereal notes and a significant wood profile. The palate surprises with a sugar bomb of a profile, taking your mind off of the lumberyard for a bit to showcase some tropical pineapple, peach, and brown sugar notes, though the finish is punchy with a resurgence of wood (which is enhanced by the whiskey’s racy 56% abv). I’m not sure what impact the earthquake and aftershocks truly had on this spirit, but I do know it could have stood a bit more time in barrel, tremors or no. 112 proof. B / $47

Hooker’s House Wheat Whiskey – A single barrel, 100% wheat whiskey, quite unusual in the market, but fitting for an avant garde producer like Prohibition. This bottling is youthful, offering loads of fresh cereal notes with a significant sweetness. There’s lumberyard here too, but it’s kept in check by a ton of grassy character, which comes across with the essence of fresh hay, with a touch of rosemary. The finish, much like the bulk of what’s come before it, is quite grainy and simplistic, but pleasant enough. 90 proof. B / $33

Hooker’s House Rye (2016) – We’ve seen Hooker’s Rye before, on original release in 2013. As it was then, it remains a 95% rye that is finished in Zinfandel barrels, just like the older version. (The HH website mentions a 100% rye, but the bottle says otherwise.) As it did in 2013, this sounds like it’ll be a masterful mix of spice and sweet, but the balance between the two still isn’t quite right. The nose is lightly astringent and features heavy lumberyard notes with a strongly herbal, at times anise-like, influence. The body features a quick rush of raisiny sweetness before diving headlong back into heavy wood and dusky, earthy, herbal notes — think cloves, anise, and scorched grains. The back end offers a distant echo of raisiny sweetness, but it’s a long time coming. 94 proof. B / $45 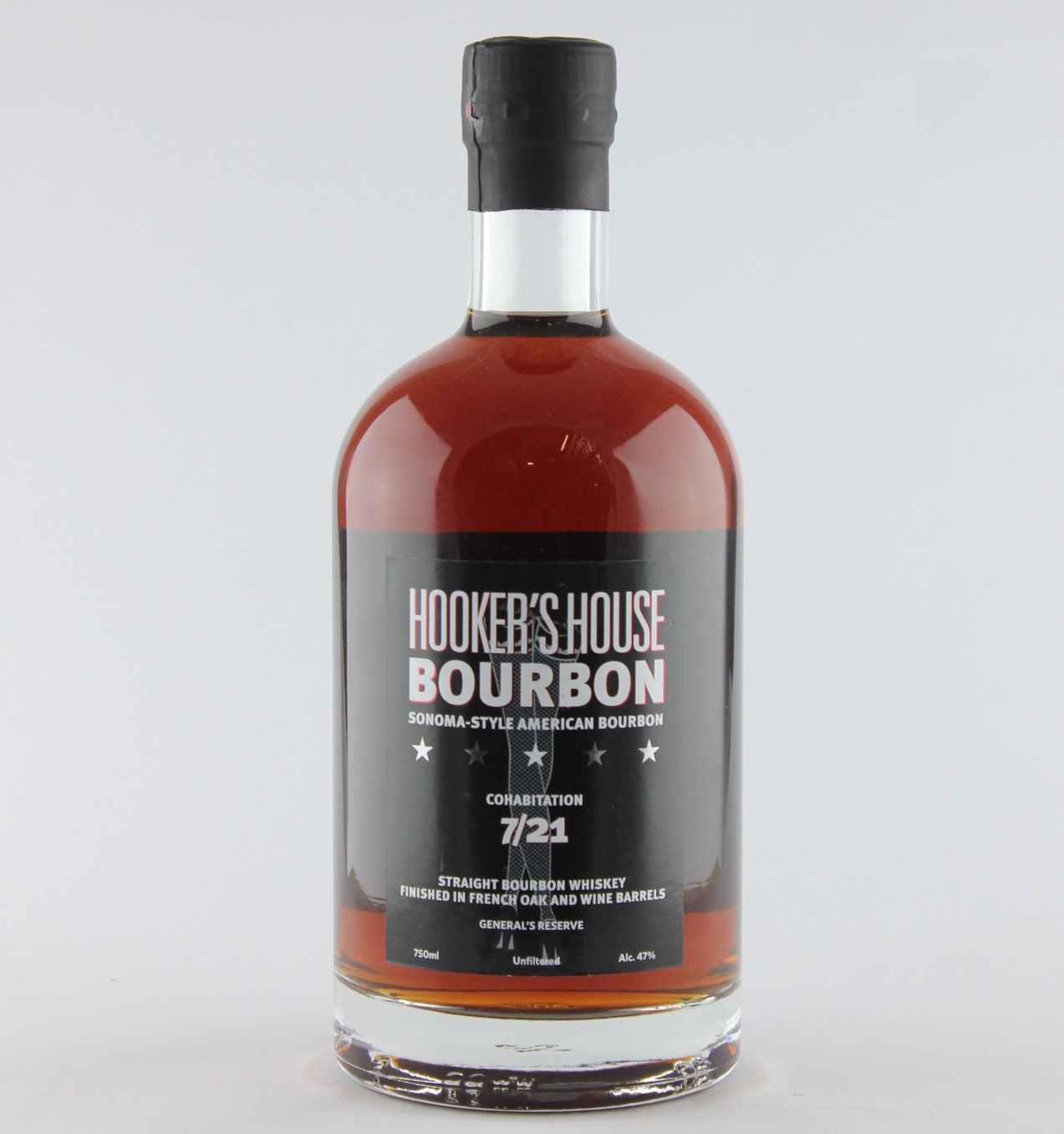