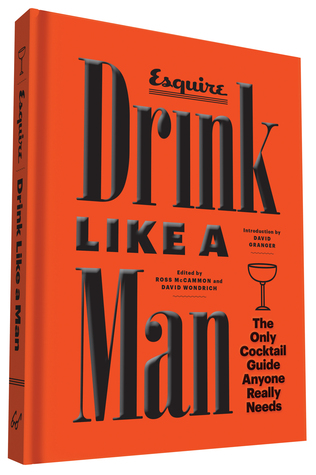 If Esquire had come up with something better than its carrot-juice-doctored bottled Manhattan for its first ready-to-drink cocktail, I might be more willing to go along with the subtitle that this is “the only cocktail guide anyone really needs.” But Esquire has always been long on hyperbole, so it’s hard to fault it here.

Drink Like a Man, edited by Ross McCammon and David Wondrich (a guy who knows what he’s talking about), is more of an anthology of vignettes on drinking reprinted from Esquire than it is a manual on how to make drinks, though it does finally get to its first recipe of the 90-some in the book when you reach page 36. That’s the beginning of the book’s 14 essential cocktails that “every man should know how to make.” Most are hard to debate, though I can’t fathom why anyone would have to have a recipe for eggnog at the ready, nor can I recall the last time I’ve been called upon to craft a gimlet for anyone. Perhaps at Esquire they’re still enjoying these with their sherry punch, which is another one of the questionable essential drinks that demonstrate your manliness.

From there the book segues into an alphabetical list of more classics, followed by a collection of “odd, inventive, or surprisingly good” concoctions. While these won’t be on the tip of any drinker’s tongue, they are all readily mixable at home. Few have more than four or five ingredients, all off the shelf stuff that any liquor store will carry. No need to make your own smoked pomegranate orgeat. If you can mix up some simple syrup, you’ll be fine.

It’s more than a little annoying that both English and metric units are specified for every single ingredient, so you’ll have to wade through a lot of visual clutter in the form of [60ml] of this and [15ml] of that. Would it have killed you to put out two versions of the book? The one thing every man really needs is the ability to use find and replace in his word processor.

Book Review: The Perfect Drink for Every Occasion 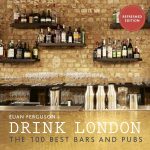