Has This Man Discovered the Secret to “Healthy” Alcohol? 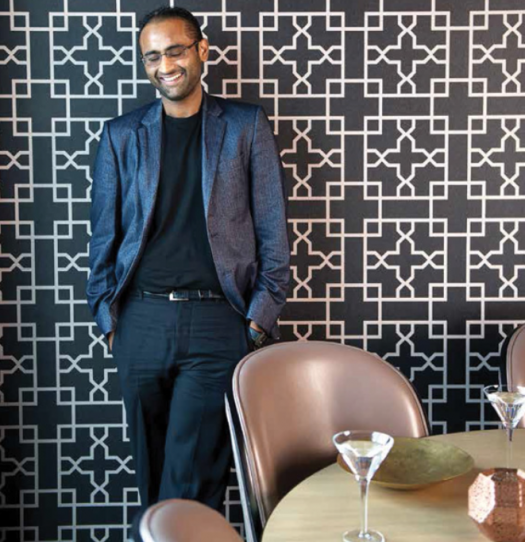 Harsha Chigurupati, a gregarious man and a self-described “technological evolutionist,” may not be a scientist, but he does know a little something about the liver. His family runs a company called Granules India, which Chigurupati calls the world’s second-largest manufacturer of acetaminophen (a widely used but notorious liver-damaging drug), and during his tenure there the company tinkered with a way to minimize its harm to the organ. An additive was developed, he says, though never commercialized – but it did get Chigurupati thinking. If you can stop Tylenol from damaging the liver, why not do the same thing for booze?

Alcohol is rough on the body, but it’s particularly bad for the liver. Alcohol-related liver damage takes many forms, and epidemiologists put all of them under the umbrella of alcoholic liver disease, or ALD. According to the CDC, deaths from ALD took 18,146 lives in 2013, its most recent reporting year. That’s over 62 percent of all alcohol-related deaths not associated with accidents, homicides, or other indirect causes.

The most notable and dangerous member of this group is cirrhosis, a slow-to-develop disease caused by scar tissue in the liver accumulating and replacing healthy tissue, ultimately causing it to cease functioning. It’s especially dangerous because many people who suffer from cirrhosis don’t even realize they have it. B.S. Anand, a gastroenterologist at Baylor College of Medicine in Houston, wrote that up to 40 percent of cirrhosis cases are never discovered until an autopsy is performed, making prevention particularly difficult.

A few years after leaving the family business, Chigurupati founded Chigurupati Technologies with an eye on this problem and the goal “to deliver safer alcoholic beverages to mankind,” as he says. But “safer” is a loaded term in liver circles, because the mechanism by which cirrhosis develops is poorly understood. Some posit that acetaldehyde, a major product of metabolizing alcohol, is responsible, and Chigurupati hypothesized that reducing acetaldehyde would protect the liver. Ten years and $40 million later, he says he’s figured out how.

Chigurupati’s work led to the development of NTX, a combination of mannitol, potassium sorbate, and glycyrrhizin. Mannitol is a sugar. Potassium sorbate is a preservative. Glycyrrhizin, the primary active ingredient, is a creepy name for an extract of licorice root. Glycyrrhizin isn’t snake oil. It has been formally studied to treat hepatitis and cirrhosis in both animal and human trials, and the findings have largely shown that it has so-called hepatoprotective – liver-protecting – effects. (That said, there have been reports of serious side-effects associated with excessive licorice intake.)

In a peer-reviewed study published by Phytotherapy Research, a randomized, double-blind, placebo-controlled, crossover experiment tested whether NTX would reduce the production of aminotransferase (ALT) and other enzymes when drinking. These are commonly used liver tests, markers that, when elevated, typically indicate liver dysfunction. By the end of the study, 12 subjects had been dosed nightly up to a 0.12% blood alcohol level, drinking vodka either spiked with NTX or a placebo. The results were promising: The placebo group showed increased ALT and other liver enzyme levels, but the group drinking vodka with NTX showed lower levels, sometimes much lower. Chigurupati has used that data to suggest that when consumed with alcohol, NTX can protect your liver.

Drink Two and Call Me in the Morning

Swaytha Ganesh, a hepatology doctor, and Raman Venkatraman, a pharmaceutical scientist, both with the University of Pittsburgh Medical Center, evaluated the study in full at my request. Says Ganesh, who is part of UPMC’s living donor transplant team was cautiously positive, saying, “It’s a good conceptual study. We’ve never had any human studies along these lines. Animal models have been done, but there’s nothing in the literature on preventing alcohol-related liver damage in people.”

But, Ganesh said, the number of subjects is too small to extrapolate to the entire population, and enzyme tests are a relatively crude indicator of liver damage. “Alcohol can cause lots of changes in the liver,” she says. “You can only prove damage through a biopsy.” She’d like to see the test repeated with a larger sample size, validation through biopsies, and a longer time horizon than just a few days in order to establish the long-term effects of NTX as well as to verify its safety.

Anurag Maheshwari, a doctor specializing in liver disease, at Mercy Hospital in Baltimore found Chigurupati’s study compelling but agrees that the sample was too small and the study too short to make firm conclusions. “People who drink have higher ALT levels,” he says, “and people who take this product have lower ALT levels; but is that true for every person? In the market they need to know whether this is effective 2 percent of the time or 100 percent of the time. I don’t think this study answers all the questions that are raised.”

Chigurupati responds that this isn’t the only research he has done, pointing to “thousands of animal tests” that include biopsies that back up his claims. However, those studies have not been published or peer-reviewed. He thinks biopsies on living human subjects are unrealistic and unwarranted, saying, “This is not a drug with a curative effect; it has a preventive effect. If you go to a doctor and he suspects you have a liver problem, he does not order a painful biopsy, he orders an enzyme test.”

Chigurupati has also faced criticism that the study was funded by his company rather than an independent entity. He responds that this is the norm in pharmaceutical research and asks, “Why would an independent agency spend millions of dollars to replicate human trials that don’t benefit them?”

The Business of “Safer” Booze

Despite the relative simplicity of his research, Chigurupati hopes to license NTX to distillers and vintners, who would mix it directly into their spirits. A pill won’t work, he says, because the drug has to be consumed in the right amount as well as at the right time. “If it’s mixed into the alcohol you are automatically getting the correct dosage,” he says. “If you take it 20 minutes later it isn’t as effective, and we don’t want to get into a situation of people taking 10 pills and thinking they can go out and drink all the alcohol they want.”

As such, he has taken the product to the U.S. Alcohol and Tobacco Tax and Trade Bureau to get approval to use the study’s findings in marketing materials. Bellion Vodka is actually on the market already, the first booze you can buy with NTX in the mix. Chigurupati wants to see the product, and others that use NTX, labeled as “safer” alcoholic beverages that reduce the risk of liver damage.

But Chigurupati says the TTB rejected the health claims “immediately” upon disclosure to the bureau two years ago, even yanking label approvals Chigurupati already had. Chigurupati says that he filed a formal petition earlier this year and that the case is under appeal. He even says he plans to file a first amendment-based lawsuit if his labeling request isn’t ultimately approved.

The TTB offers a somewhat different story. “We do have a health claim petition in front of us. It has not been rejected and is currently under review,” says Tom Hogue, the TTB’s representative for Congressional and Media Inquiries. “It will be evaluated on the facts presented to us,” adds Hogue. “We have regulations that deal with health claim petitions and how to deal with that, but we have not acted on that.” The TTB wouldn’t comment further on Chigurupati’s legal plans but stressed that any health claims made would have to be shown to be truthful, adequately substantiated, and not misleading to the consumer.

Chigurupati believes that the TTB is stalling in part because the TTB might feel that NTX will convince drinkers they can drink all they want without fear of harm. “This is a marketing problem,” Chigurupati says. “Overindulgence is a common theme I hear, but NTX isn’t alone. When seatbelts and airbags were invented, people were afraid they would encourage people to drive more recklessly. Some people thought that helmets would cause motorcycle drivers to be less cautious. Our position is that if something can be made to be safer for your body, the world is better off.”

When I told her that the product in the study was being marketed as a liquor additive and described the squabble with the TTB, Ganesh, the liver specialist, laughed out loud. “We know that alcohol causes damage to the liver. I would never endorse any product to be taken with alcohol to make it safer,” she says. But she also hedges: “If [Chigurupati] can prove something with a broader study, well, that’s a different story.”

Until then, well, here’s to your health. 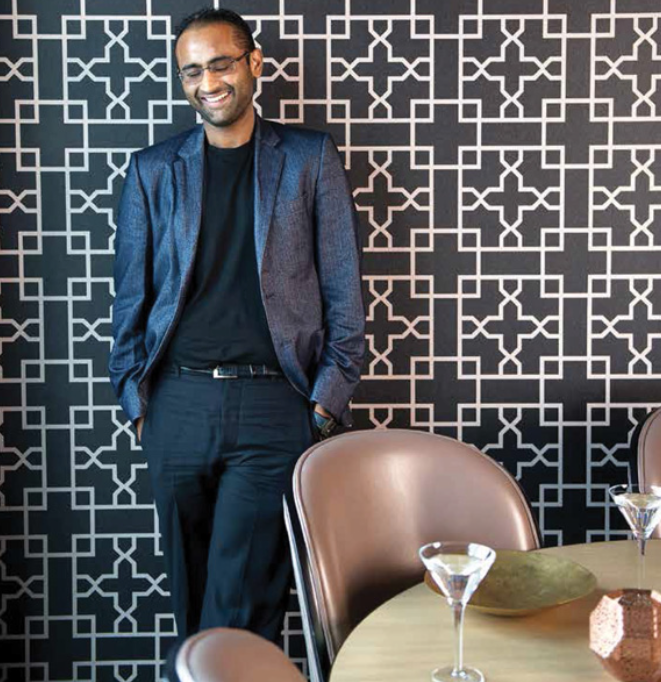 The Healthy Way to Drink… Drink Beer, That Is

Red Bull May Not Give You Wings After All