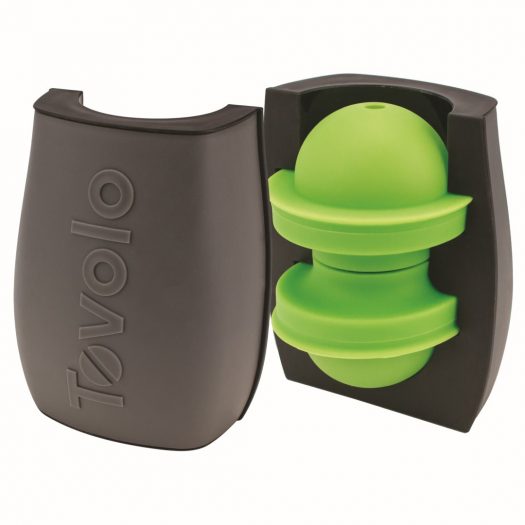 Nothing makes a better statement in a cocktail than using a single piece of ice to chill it. Up the ante by making that a sphere instead of a cube. Up it again by ensuring the ice is crystal clear, not cloudy.

The secret of clear ice was figured out a long time ago: Water that freezes very slowly is clearer, because the trapped gasses in the water have time to escape. The home method to do this is to freeze water inside a series of coolers. The catch: This takes an insane amount of room in your freezer, and a very long time. And at the end, you still have to carve your own cubes or spheres out of the block of ice you have.

Tovolo attempts to solve all of these problems with this unique product which promises to make clear, spherical ice balls without nearly as much hassle. 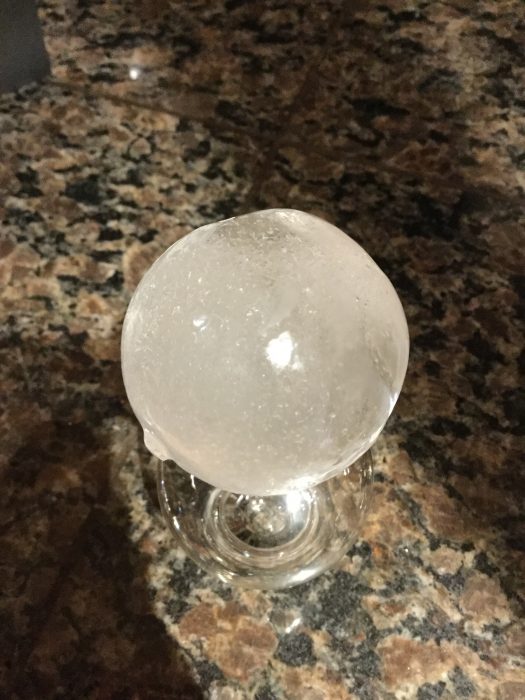 You put together the inner (green) silicone components, then fill with water through a hole in the top. Then you surround that with a plastic sleeve. The sleeve acts as the second cooler in the operation, slowing down the freezing process (a lot). It takes a solid 12 hours or more for the ice in the inner silicone mold to freeze. You are actually left with two spheres — the one on the bottom is a pretty cloudy mess, but the one on top is supposed to be the clear one. Results? Well, after several tests, the ice that came out was clearer than any other ice in my freezer, but nothing I’d describe as “crystal clear,” which the box (and the picture on the box) touts. Check the photo to the right to see for yourself.

While $16 isn’t going to break the bank, there are plenty of spherical molds on the market that will get you roughly the same results as this one, with considerably less hassle. Note that Tovolo also makes a cube ice version of the product, should right angles become hot in 2017. 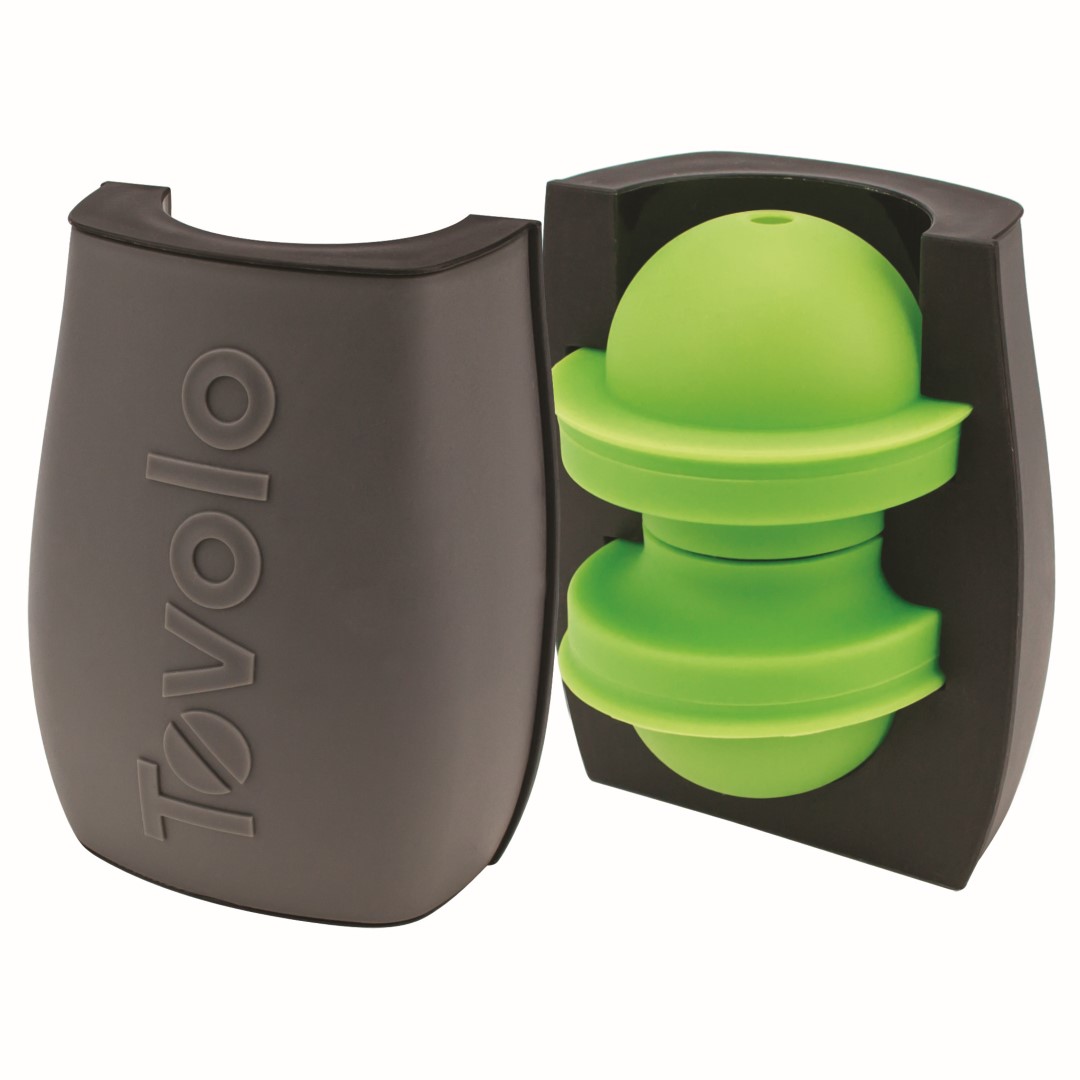 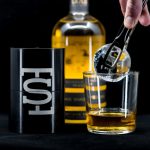