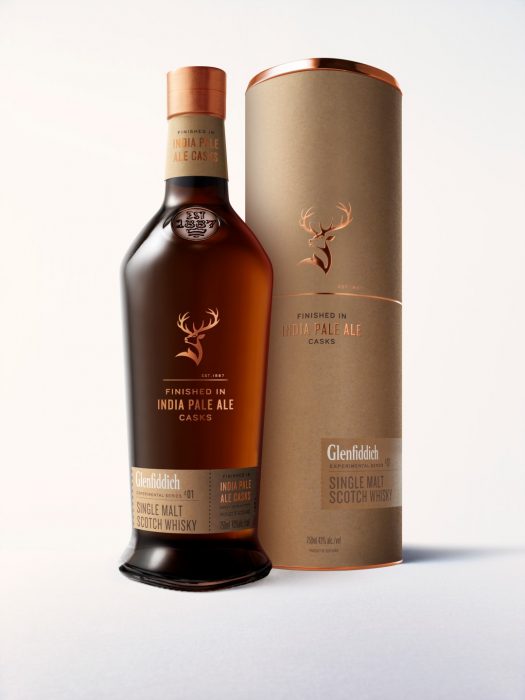 Even old guard Glenfiddich can’t stay away from the fun of experimental whiskymaking. In fact the distillery is launching a whole line of experimental spirits called the Experimental Series which revolve around unusual cask finishes. First out of the gate: an India Pale Ale cask finish.

This isn’t a partnership with a major brewery. Rather, the distillery worked closely with a local Speyside craft brewery to craft a custom IPA, then aged it in its own used whisky casks,. Those casks were then emptied and used to finish already mature Glenfiddich. There’s no age statement for the initial aging run, but the whisky ultimately spends 12 weeks in the IPA barrels.

This is the first of what will likely be a significant series of releases from Glenfiddich. While we wait for what’s coming down the pipe, let’s take a taste of what GF has cooked up with its IPA Cask Finish.

On the nose, it’s definitely malty, bourbon-casked Glenfiddich, but it comes with a clear beer influence as well — moderately hoppy, with citrus (but not sherry) overtones. The palate is malty at first, showcasing traditional notes of cereal, light caramel and vanilla notes, heather, and a touch of spice… but while you’re grasping for that lattermost note the IPA finish kicks in. A slug of hops followed by some bitter orange peel immediately connotes IPA, The finish is decidedly beer-like, bittersweet and herbal at times, but also kicking out a chocolate character that is decidedly unique.

All told, I really love this expression — and am shocked at how generally affordable and available it is. Can’t wait to see what’s next in the series. 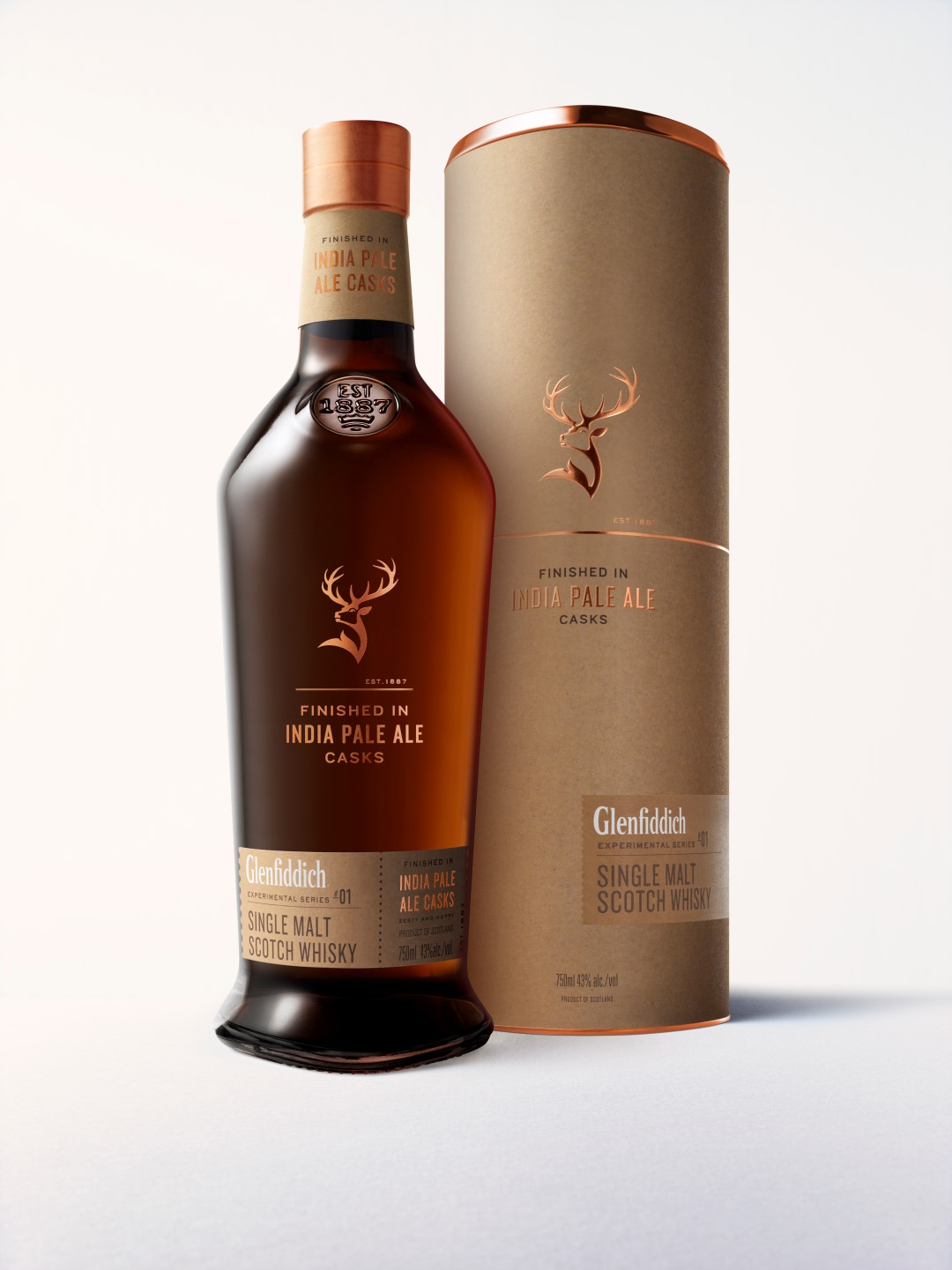