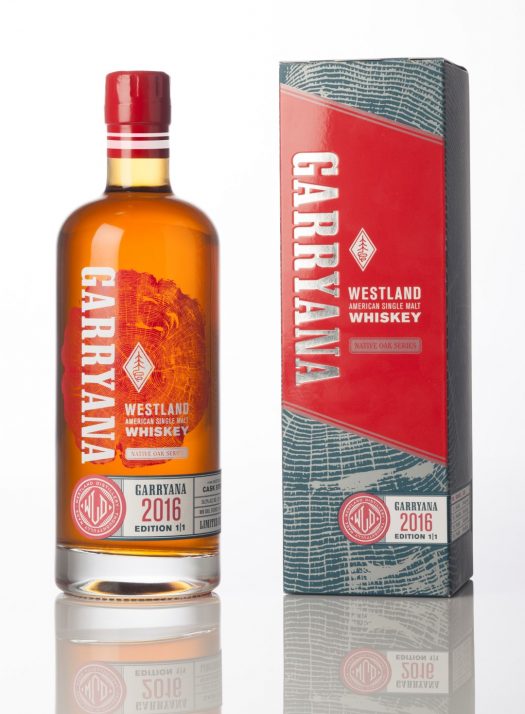 Who or what is Garryana? It’s short for Quercus garryana, a species of oak native to the Pacific Northwest, where Westland Distillery is based. While American oak barrels are traditionally formed form Quercus alba, a species of oak common to the midwest, Westland, as you might have guessed, aged part of this limited edition release of its single malt whiskey in so-called Garry oak, where it spent three years slumbering before hitting the bottle. Westland has more information than you could ever want to read about Garry oak at the link below, so I’ll leave that fun to them. In brief: 21% of the whiskey is distilled from pale malt aged in new Garry oak, the rest is a smattering of different malts (including peated malt) aged in Alba oak (mostly new, but 10% used).

But let’s move on to the task at hand. Today we immerse ourselves in Westland Garryana. Thoughts follow.

The nose hints at citrus and red fruit, woody notes echoing eucalyptus rather than simple sawdust. With time, the peaty notes come to the fore, gently smoky but clear enough to make an impact. The smokiness grows with time in glass, taking on a nostalgic note reminiscent of sweet-and-smoky barbecue-flavored potato chips (and which is making me want to run out for Lay’s immediately).

The whiskey is approachable without water, and drinks without too much heat. On the palate, flavors of wet wood, citrus peel, and fresh grain quickly give this a familiar, Scotch-like feel. There’s also a light caramel and butterscotch note here that gives the whiskey a heavier level of sweetness than expected, with notes of toasted marshmallow, nutty sherry, and hazelnut. Smoldering and lingering on the finish, the whiskey eventually finds a lovely balance between sweet and savory, though it feels a bit short on depth. Still, considering its youth, there’s plenty to engage the senses here. Fans of peated Scotch should particularly give this a look to see a sort of Upside Down version of their favorite spirit. I can completely see how something like Garryana could grow on you. 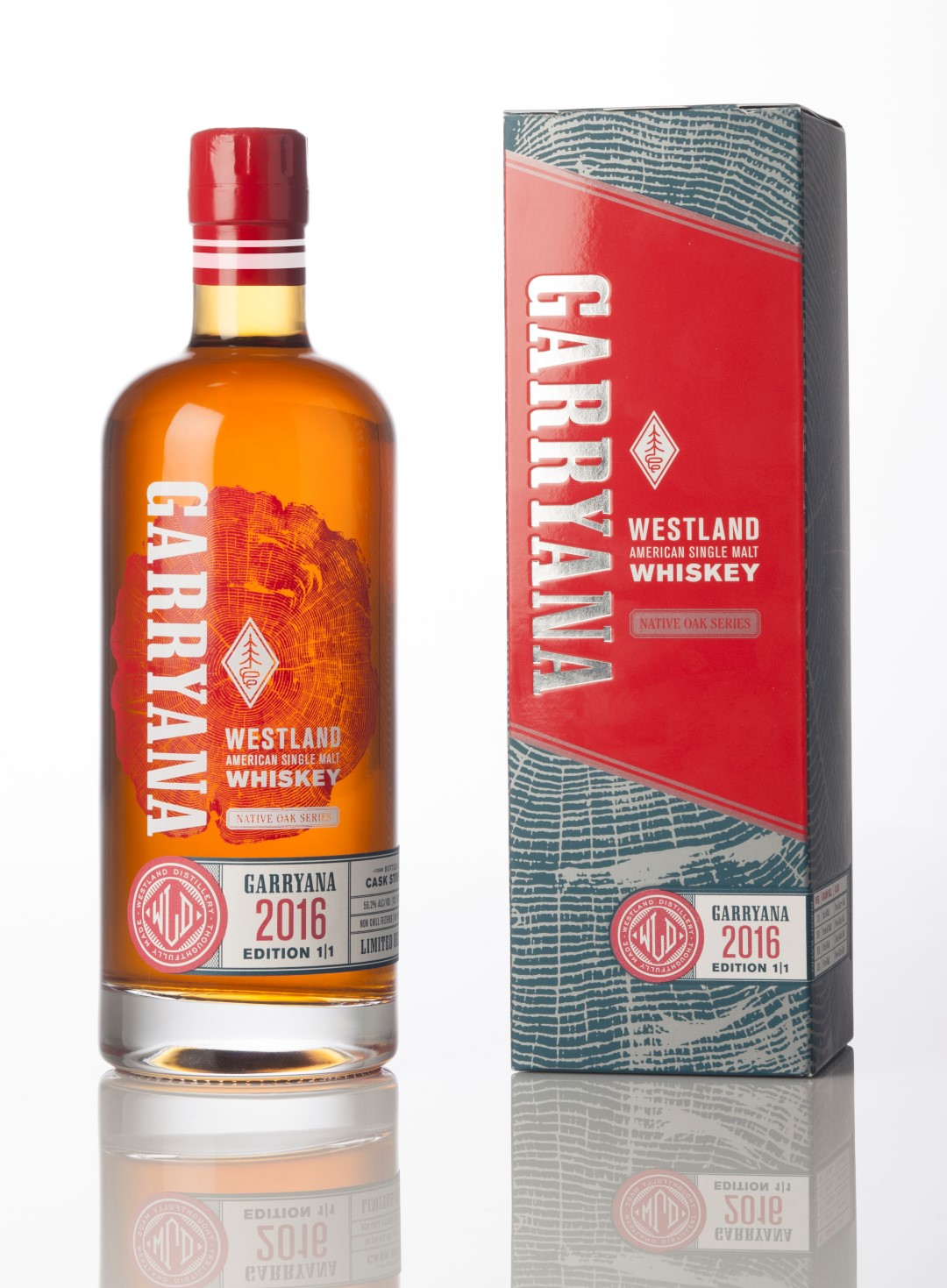