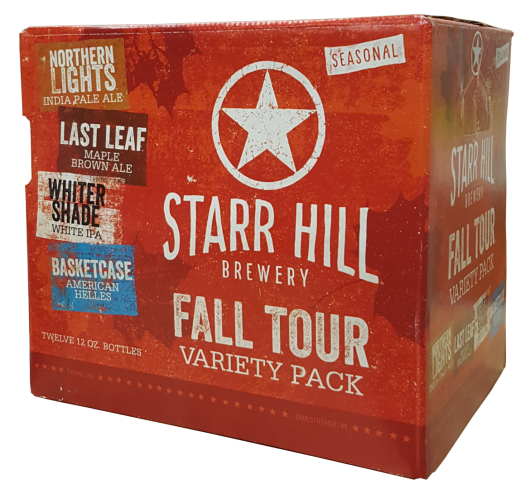 These seasonals are part of Starr Hill’s 2016 Fall Tour Pack along with Whiter Shade of Pale Ale and Northern Lights. Let’s sample the new brews.

Starr Hill Last Leaf Maple Brown Ale – A brown ale brewed with real maple syrup. Definitely the best of both worlds here, a light brown sugary sweetness giving the malt a fresher lift and an appropriately festive feeling, without being overtly heavy on the baking spices and chewy malt. A light bitterness on the back end adds balance, with hints of maple syrup making quiet appearances throughout the experience. 6.1% abv. B+

Starr Hill Basketcase American Helles – This bready brew drinks as an otherwise unremarkable lager, mild on the hops while offering a fairly heavy effervescence, more so than you’d find in a traditional German Helles (perhaps making it particularly “American” in this case). It’s a clean and inviting, though nothing that makes me think especially of the fall. 5.4% abv. B+ 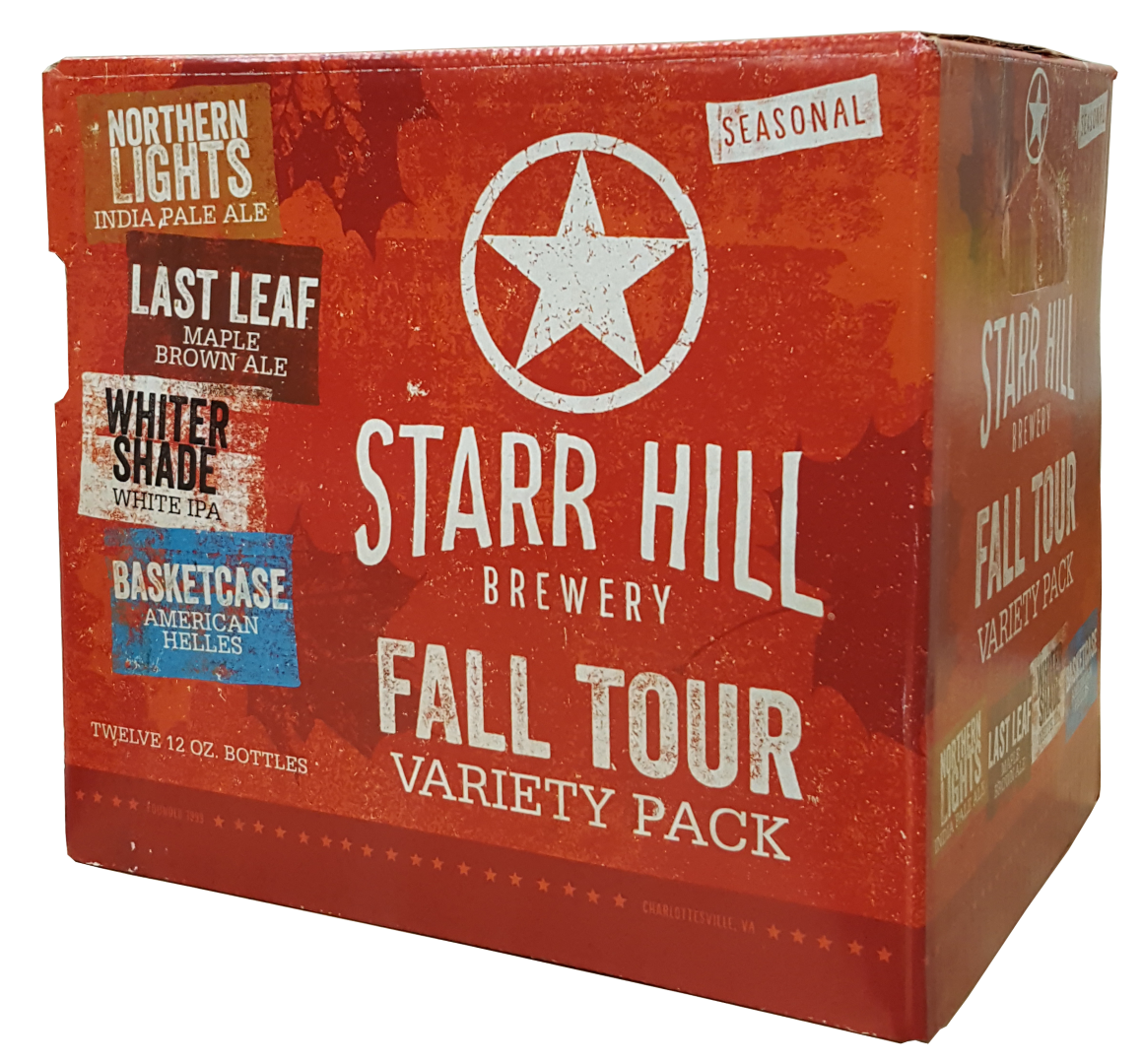