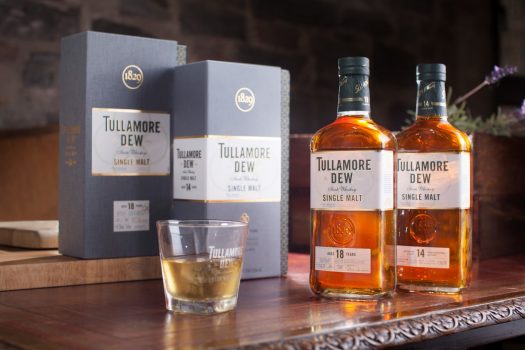 Tullamore D.E.W.’s 14 Year Old and 18 Year Old Single Malt expressions aren’t new — but they are new to the U.S., having launched here only in the last few weeks. These are distinctly different from traditional Tullamore releases, which are primarily composed of blends, and include finishing in four different types of barrels.

Intensely rich and smooth Irish whiskeys, both Tullamore D.E.W. single malts are characterized by their rare, four cask recipe, which sees the whiskey finished in Bourbon, Oloroso Sherry, Port and Madeira casks [for up to 6 months]. Thanks to triple distillation, which is mainly unique to Irish whiskey, the malts are particularly smooth with a character quite distinct from other single malt whiskeys.

Let’s give them both a taste. Both are bottled at 82.6 proof.

Tullamore D.E.W. Single Malt 14 Years Old – Malty but rounded, with notes of fresh grain, brown butter, and some applesauce on the nose. The palate is heavily bourbon-cask influenced, with rolling notes of caramel that lead the way to a lightly wine-influenced character late in the game. The finish finds Tullamore 14 at its most enigmatic, surfacing gentle florals, white pepper, and a touch of burnt rubber. All told, this drinks heavily like a relatively young single malt Scotch (which shouldn’t be surprising), fresh and enjoyable but often anonymous and lacking a specific direction. Nothing not to like here, though. B / $70

Tullamore D.E.W. Single Malt 18 Years Old – This expression grabs hold of you much more quickly, starting with a racier, spicier nose that evokes sherry and Madeira, bolder pepper notes, fragrant florals, and a sharp orange peel character. The heavier aromatics find their way into palate, which showcases much more of that Madeira character, with old red wine notes balanced by exotic rhubarb, incense, tangerine, and green banana. Sharper throughout and longer on the finish, the whiskey offers a power you don’t often see in Irish, but which is wholly welcome. A- / $110  [BUY IT NOW FROM CASKERS] 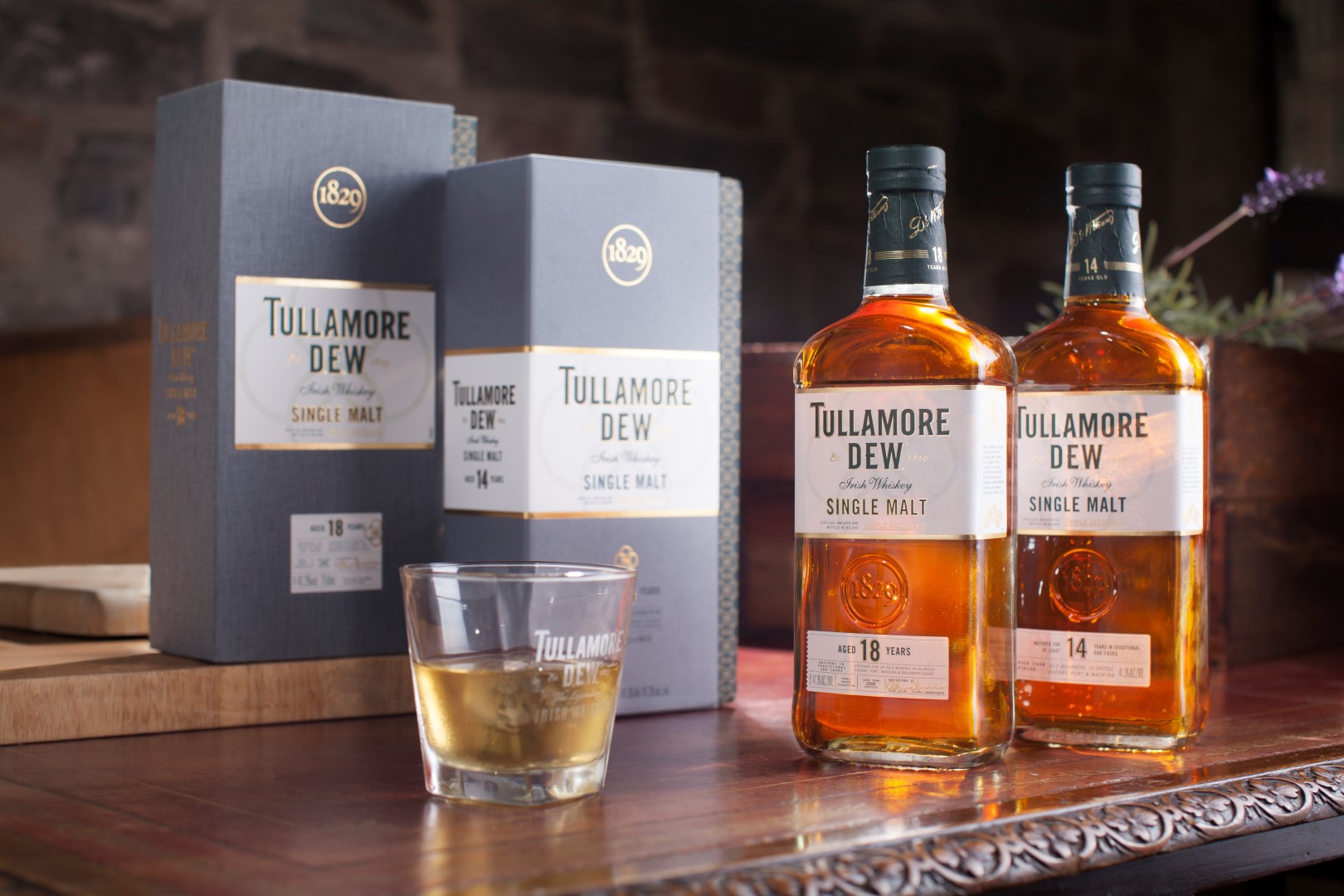