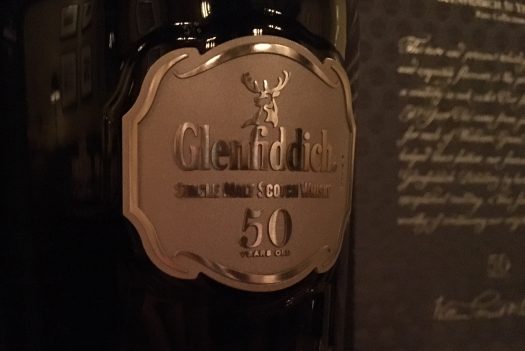 It’s not every day you get to sample a 50 year old whisky. I’ve now had four of those days, but the experience I had with Glenfiddich’s 50 year old single malt was definitively the most fulfilling and complete.

The evening began with dinner at Sausalito’s Murray Circle, with dishes paired with a variety of malts from Glenfiddich and sister distillery The Balvenie, all preludes to the final act, GF50.

Among the appetizers (whiskily speaking) were a sampling of Glenfiddich 15 Years Old Solera Vat, served atop a frozen layer of mineral water — a neat twist on “on the rocks,” followed by Balvenie 21 Years Old PortWood Finish, which was served in a miniature copper “dipping dog,” used in the warehouses to retrieve whisky — authorized or otherwise — from a cask. This unctuous, fig-and-raisin-dusted dram led to a tasting of austere Glenfiddich 26 Years Old, wrapping up with Balvenie 14 Years Old Caribbean Cask, served with dessert, its gooey sweetness pairing perfectly with something sugary.

At last it was time for the finale, Glenfiddich 50 Years Old, bottle #301 of 450. Glenfiddich 50 was distilled in 1959. Two 50-year-old casks were married and put into a neutral vat in 2009 to suspend aging. 50 bottles have been released every year since then. The last 50 will go into bottle in 2017, and GF50 as we know it will be finished. The company says something old will be coming thereafter, but mum’s the word for now as to what it might be.

Unlike many very old whisky tastings I’ve attended, this one included a significant pour, at least 3/4 of an ounce, not a “full shot” but more than enough to really get a feel for the spirit. Given its rarity, the pour was quite generous and unexpected.

Digging into this dram, it immediately shows itself as light and delicate, a much different experience than many a hoary, old whisky that’s been done in by too much time in wood. The nose offers immediate surprises: tropical notes, primarily mango, and ample floral character. Just nosing it, you’d think this was a rather young spirit, not something born during the Eisenhower administration.

The palate showcases a considerably different experience. Quite nutty and malty, and infused with some barrel char, it’s here where it starts to show its age. I spent a long 20 minutes with this dram, letting it evolve with air and allowing its true nature to reveal itself. Notes of toasted coconut and orange peel make their way to the core, before the finish — quite sweet with creme brulee notes and candied walnuts — makes a showing. If there’s a dull spot in the 50, it comes as this finish fades, a very light mushroom/vegetal note that may well be remorse for having to live through the 1970s.

All told, this is a beautiful old whisky, one of the most engaging I’ve ever encountered. Should you find yourself with a spare $28K, I highly recommend picking one up. 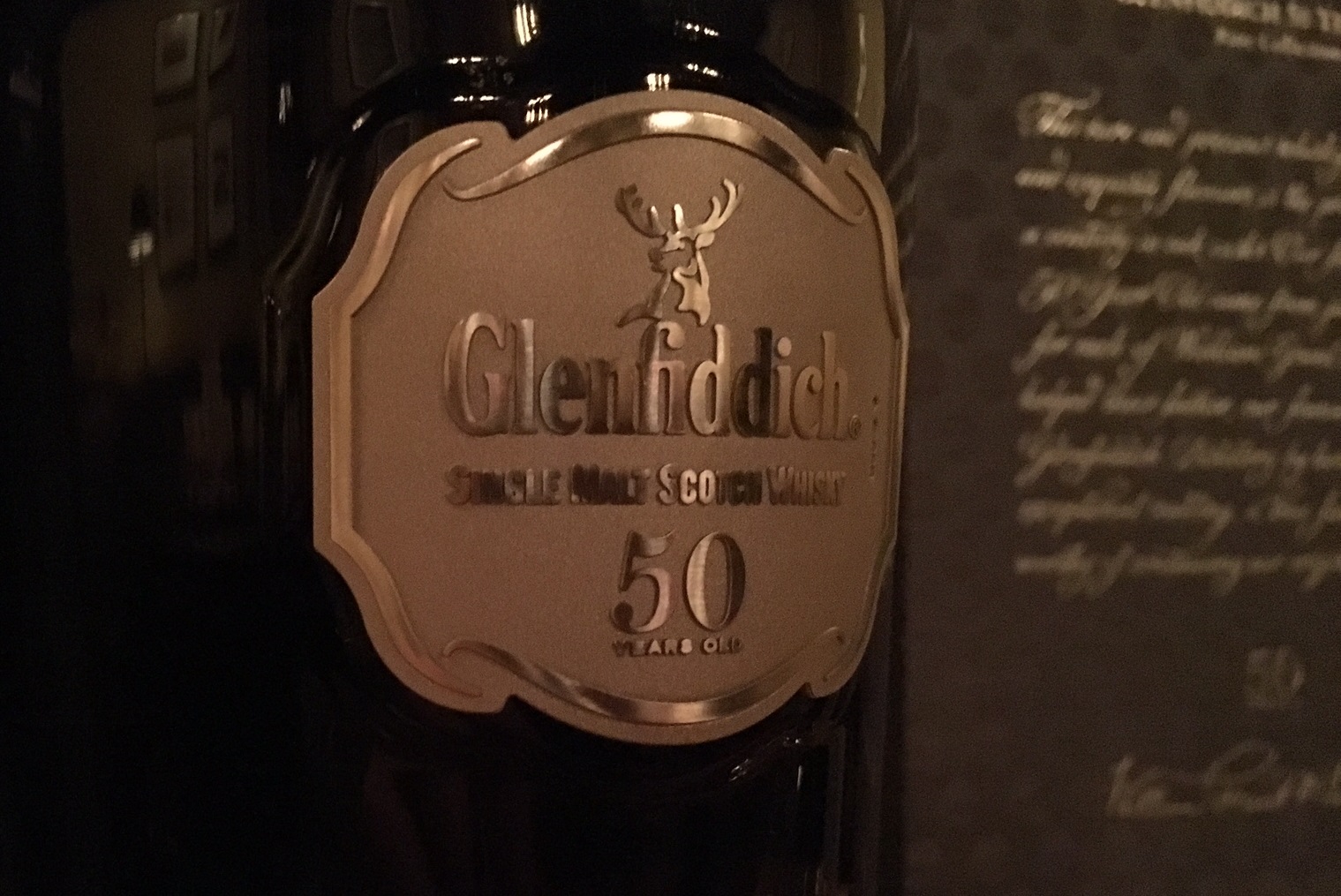