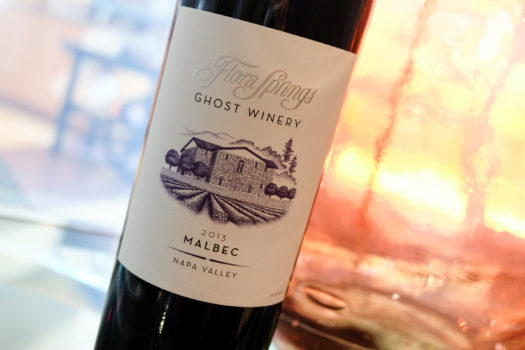 Each year, Flora Springs celebrates its supposedly haunted old stone winery with fall-released wines released under the sub-moniker of “Ghost Winery.” We received two samples of current releases from the label, just in time for Halloween.

2013 Flora Springs Ghost Winery Red Wine Napa Valley – A blend of 52% cabernet sauvignon, 20% merlot, 17% syrah, 8% petit verdot, and 3% cabernet franc. This is a dark and dense wine, enigmatic with notes that might make you think of malbec, petite sirah, or something else altogether. Turns out it’s mostly a Bordeaux-ish blend, plus some syrah, which doesn’t really come through to the finish. Instead, the dense color of the petit verdot makes the strongest impression, with violets and other florals from it and the merlot making quite a showing. This is all layered over intense blackberry notes, touched here and there with menthol and chocolate syrup. Bold and mouth-filling, it needs a decent meal to keep it from becoming overwhelming. B+ / $40

2014 Flora Springs Ghost Winery Malbec Napa Valley – 100% malbec. An initially fruitier style of malbec, lightly floral but studded with blackberry and blueberry notes. The finish offers hints of tobacco, cloves, and licorice — it’s quite dry, which makes for an interesting counterpoint to the slightly sweeter attack. It’s atypical for a malbec but intriguing nonetheless, food friendly but also worth exploring as a solo experience. B+ / $55 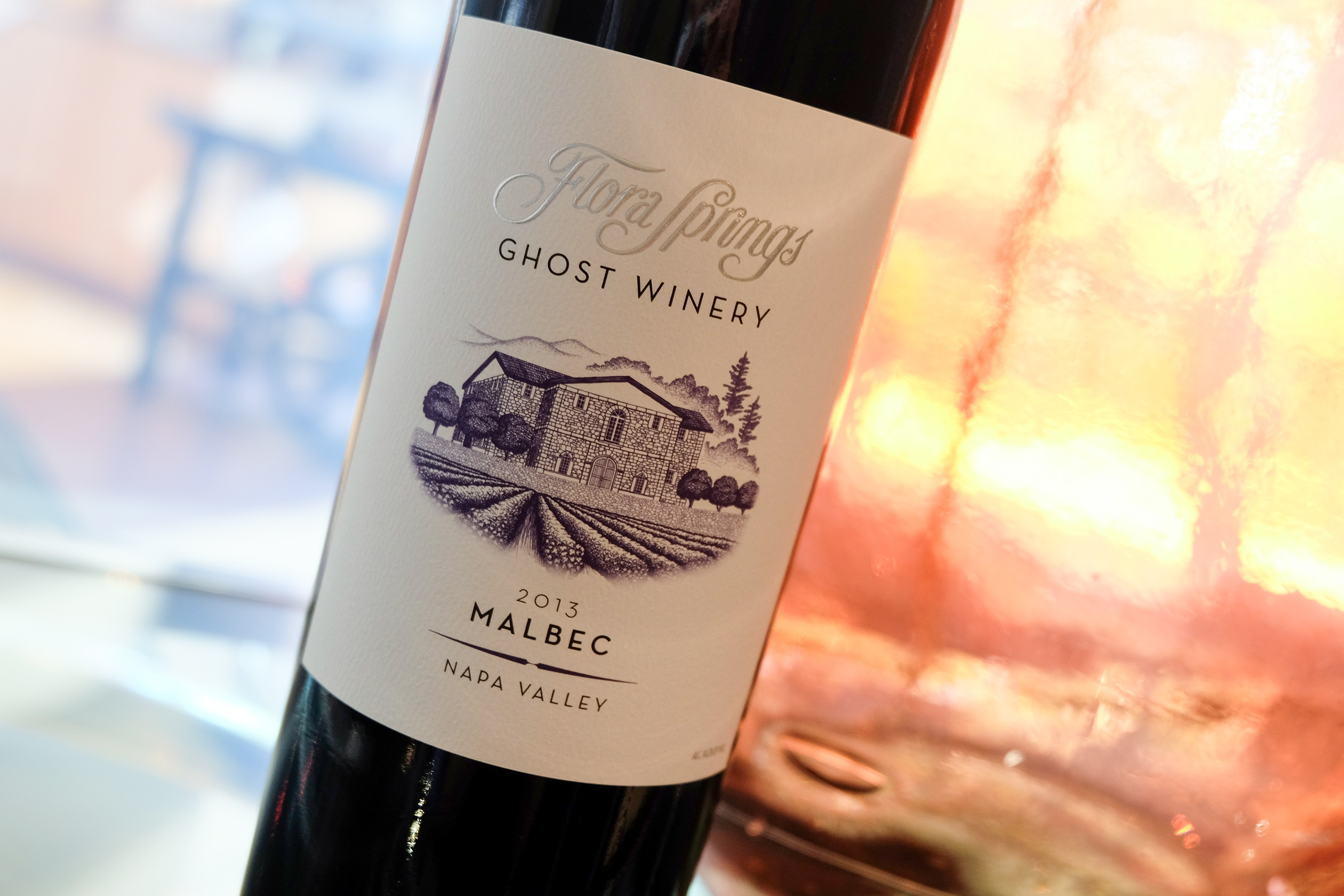