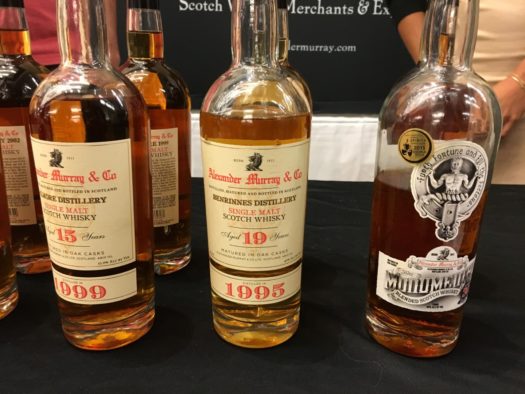 WhiskyFest is always a great opportunity to get a look at new releases — and pre-sampling products I won’t be able to formally review for a few weeks or month is my favorite part of the show. WhiskyFest 2016 was shaping up to be a windfall for these kinds of releases, including Ardbeg Dark Cove, Redbreast Lustau, Glenmorangie Tarlogan, and Writers Tears Cask Strength, among others. Alas, none of these whiskies (and more) ever made it to the show floor. The Writers Tears broke in transit, I was told. The Lustau was sitting on the back bar, unopened and would only be served at the masterclass session. As for Dark Cove and Tarlogan, well, no one seemed to know a thing. They just weren’t there. Making matters worse, more than once attendees complained to me that vendors had long ago run out of certain whiskies, only to have me tell them I’d just sampled the very same spirit minutes earlier.

I can’t and don’t fault the festival for these issues — and I hope it was just bad luck this year — but I also can’t help but feel disappointed to have left without trying all of these spirits.

Anyway, I did manage to suss out a few new and unusual bottlings, including some all-stars, though I opted not to stand in the 150-person strong line for a sip of Pappy Van Winkle this year. Very brief thoughts on everything tasted follow.

Glenfiddich 26 Years Old / A- / a classic expression of old Glenfiddich; malty and biscuity, with a sugar cookie finish 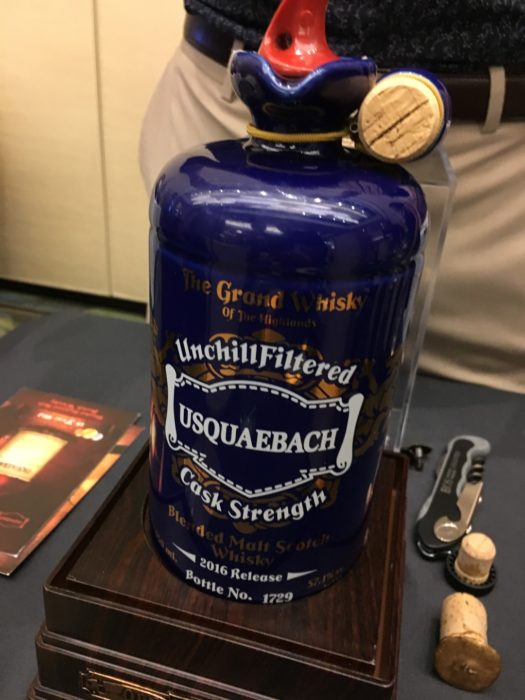 Usquaebach An Ard Ri Cask Strength Flagon / B+ / a 57.1% abv release of this vatted malt; bold and herbal, with lemon peel notes
The Deveron 12 Years Old / B- / Dewar’s-owned; restrained to the point of being muted on the palate
Royal Brackla 16 Years Old / B / quite malty, rough around the edges
Old Pulteney 21 Years Old / A- / a classic, but surprisingly sweet, its maritime note dialed down; just a touch of smoke on the back
Wolfburn Aurora / B / chewy with woody overtones; a bit youthful
The Macallan Reflexion / B+ / a $1200 monster from Macallan, aromatic with dried fruits, but a bit hoary on the back end; I’d have trouble mustering up this kind of coin
Highland Park 18 Years Old / A / always worthwhile, rich and malty with plenty of dark fruit notes
Auchentoshan 1988 Wine Cask / B- / not getting much wine character; restrained and thin at times
Auchentoshan 21 Years Old / B- / heavy with grain, much more youthful than expected
Gordon & MacPhail Linkwood 15 Years Old / A- / notes of burnt bread and biscuits; lots of malt and wood influence
Gordon & MacPhail Mortlach 25 Years Old / A / highlight of the show; remarkably gentle but studded with golden raisins and a lovely simple sweetness
Alexander Murray & Co. Dalmore 15 Years Old / B- / oddly smoky, dull on the finish
Alexander Murray & Co. Benrinnes 19 Years Old / B / malty, with big nougat notes and some savory spices
Alexander Murray & Co. Monumental Blend 30 Years Old / B / rounded with ample grain character; somewhat grassy

Westland Garryana / B / a bruising whiskey, smoky with meaty, pork rind notes; full review in the works
Wild Turkey Decades / B+ / ancient Wild Turkey, and it tastes like it – wood on top of wood
Stranahan’s Snowflake Batch 16 / A- / Port notes shine here; very sweet but drinking beautifully now
Parker’s Heritage Collection 24 Years Old Bottled-in-Bond / A / another highlight of the show that I’m looking forward to reviewing in full; initially surprisingly fruit, which fades to a drying finish with notes of camphor
Jefferson’s Ocean-Aged Bourbon / B+ / finally a chance to see what the fuss was about, which turns out to be tons of wood and some toffee notes; not even a hint of the sea 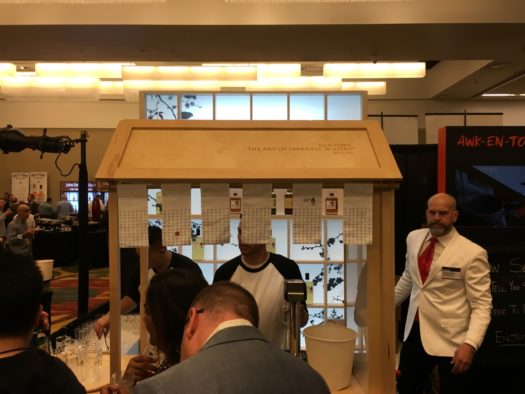 Dos Maderas Luxus / A- / a very high-end rum aged 10 years in the Caribbean, then 5 years in Spain in sherry casks; the results are extremely powerful with fruit and sweetness, notes of figs, raisins, and cherries