Buy It Now Rated A- Rated B- Rated B+ Reviews Tequila 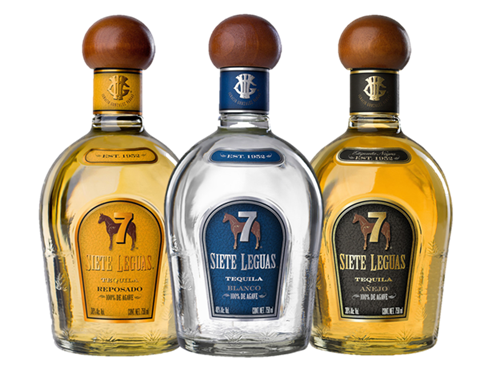 Tequila Siete Leguas — then billed as 7 Leguas, before a label change — was an early review on Drinkhacker way back in 2008. I’ve felt odd about it for a long while, because Siete Leguas seems to be so beloved in bars, and it regularly appears on top shelf pour lists among the tequilarati. My original comments on the anejo were quite positive, but I rated the blanco and reposado expressions as lackluster. Was I naive? It’s been eight years and much in tequiladom has changed. Let’s take a fresh look at Siete Leguas — established in 1952, harvested in the Highlands, and named for Pancho Villa’s horse — and see how it fares today.

Tequila Siete Leguas Blanco (2016) – Surprisingly thin. I could never really embrace this blanco, which starts off slow, with a simplistic, agave-forward but decidedly flat nose, and doesn’t go very far from there. On the palate, the tequila lacks any real bite or peppery notes, offering the essence of green beans and bell peppers instead. The pure vegetal notes feel like they’re trying to burst forward, the way an unripe fruit holds promise, but they’re kept in check and dialed much too far back. My original comments now seem overly optimistic. B- / $40 [BUY IT NOW FROM DRIZLY]

Tequila Siete Leguas Reposado (2016) – (Still) aged 8 month in white oak barrels. There’s a surprising amount of red pepper on this one, giving some much-needed spice and punch to a tequila that is, in its silver version, quite dull around the edges. Black pepper creeps in on the nose, along with a healthy punch of vanilla. That vanilla also adds sweetness to the body, but the vegetal core still manages to push through those added flavors. There’s more of a sense of balance (and intrigue) in this expression, but it’s still got a ways to go. B+ / $45 [BUY IT NOW FROM DRIZLY]

Tequila Siete Leguas Anejo (2016) – 24 months of age on this one. For my money, this is the essential expression of Siete Leguas, which takes those youthful agave notes, spicy pepper, and supple vanilla, and whips them all into a cohesive and engaging whole. There are hints of toasted marshmallow, flamed orange peel, some golden raisins, and fresh cigars. These flavors congeal impressively into a bold but approachable body with a lengthy and lightly peppery (and slightly minty) finish. It’s also a solid value for an anejo of this caliber. A- / $50 [BUY IT NOW FROM DRIZLY]