Mixers/Non-Alcoholic Rated A Rated A- Reviews Made in Puerto de la Santa Maria, Spain, Indi lays claim to being the world’s first line of distilled botanical mixers. Made with 100 percent natural ingredients, with no artificial colorings or preservatives — including real quinine bark and local herbs, lemons, and oranges — Indi’s sodas and tonics are clearly labors of love. To produce the mixers, Indi macerates its raw botanicals separately for four weeks, resulting in dense concentrates. These are blended, then distilled, and finally blended with water, sugar, and/or fruit juice depending on the final product being made.

The company currently makes seven different products, most of which are packaged in single-serving bottles and sold in four-packs. We got three of the company’s offerings to check out. Thoughts follow.

Indi Distilled Botanical Mixers Tonic Water – Tons of citrus here to balance out the not insignificant quinine bitterness, leaving behind a crisp orange peel to chew on alongside a very lengthy, astringent finish. It’s in-your-face and bitter as hell — but tempered with a touch of fruit — just about a perfect example of what tonic water should taste like. Excellent with both vodka and gin. A

Indi Distilled Botanical Mixers Lemon Tonic – Ultra-citrusy from the get-go; the aroma is akin to Mountain Dew, with both lemon and juicy lime notes hitting the nose. The body offers again a more indistinct lemon-lime character and it’s significantly sweeter than the straight tonic water. This is not necessarily a bad thing, but it does put a much different spin on your cocktail. The finish does veer awfully close to a standard lemon-lime soda, though. Considerably better with vodka than gin. A-

Indi Distilled Botanical Mixers Seville Orange – Classic orange soda, but light years ahead of Orange Crush. The flavor of freshly juiced orange is intense and authentic, lightly sweet and full of classic citrus notes. Easily gulpable with modest carbonation and a nicely sweet, almost floral finish, it’s a top-shelf orange soda in a world where I didn’t think such a thing existed. Best on its own rather than as a mixer, actually. A 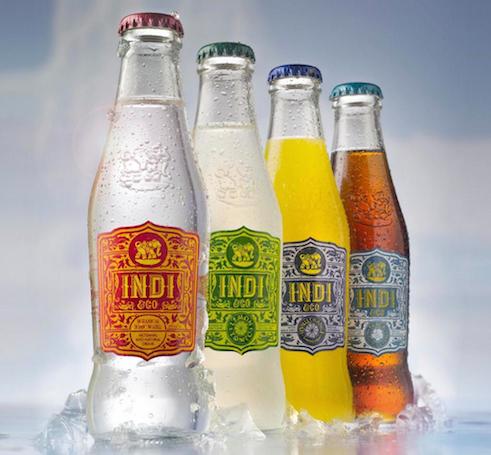